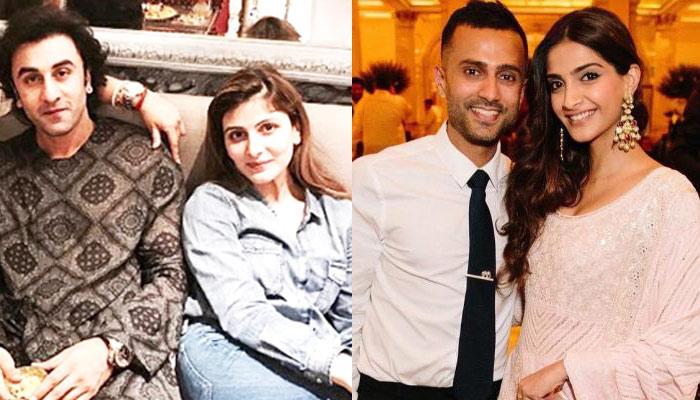 The most talked about and the much-awaited wedding of all time is right here! Sonam Kapoor and her long-time businessman beau, Anand Ahuja are all set to become mister and missus. The diva who would soon be taken officially is on cloud nine these days. Sonam and Anand’s wedding is to take place on May 8, 2018, in Mumbai. It’s a shor sharaba Punjabi wedding and there had to be pre-wedding celebrations too. (Also Check: Sonam Kapoor's First Look From Her Mehendi Ceremony, Glowing In Pastel Pink Lehenga)

So, just yesterday, on May 7, 2018, Sonam had a fun-filled mehendi ceremony at the Kapoor residence. It was a star-studded event, where who’s who of the industry was present. The guest list was inclusive of Karan Johar, Janhvi Kapoor, Arjun Kapoor, Shanaya Kapoor, Kirron Kher and Mohit Marwah amongst many others. With all the masti, fun and frolic, bride and groom get a lot of gifts from their beloved ones as a token of love. Just like that Ranbir Kapoor’s (Sonam Kapoor once alleged boyfriend) sister Riddhima gifted an emerald bracelet that she designed herself. Sonam shared a boomerang video in her Instagram story, sporting the lovely bracelet and wrote, “How gorgeous @riddhimakapoorsahniofficial,” followed by a heart emoticon.

The bride-to-be Sonam is the happiest girl these days as she is being showered with so many pre-wedding gifts. She is so elated and excited that she has been sharing each gift via Instagram stories. Ranbir’s cousin Kareen Kapoor Khan and Karisma Kapoor even tried hook Sonam up some time. In 2016, Sonam was quoted as saying, "Karisma tried to hook me up with Ranbir.” Asked if she would marry Ranbir, Sonam earlier stated, "Ranbir and I'd make better friends. I don't believe I would keep him happy." (Don't Miss: Karan Johar's Wedding Gift For Sonam Kapoor Is Perfection Packaged, Everything A New Bride Needs)

In fact, Sonam and Ranbir were together launched in Sanjay Leela Bhansali’s Saawariya. And the two were frequently linked to each other. Rumours were then rife that the two shared a very close bond and there was romance between them back in the year 2007. But soon all these baseless rumours died down.

Not just Riddhima, she was given one of the most exciting and very thoughtful gifts by Bollywood’s biggie Karan Johar. Any guesses what did he give? Well, Karan has given a gift hamper that has everything from Amrapali Jhumkas, a pair of silver kadas to uncut diamond chandelier earrings. Pinkvilla quoted a source as saying, “For Sonam Kapoor’s special day, Karan Johar will be gifting her Amrapali Jhumkas, a pair of silver kadas and uncut diamond chandelier earrings. Both the jhumkas and the kadas are silver coordinated sets. Apart from this jewellery, Karan has also brought a Kanjeevaram saree for the bride to be! That’s not all. KJo has custom ordered a thali full of motichur laddoos that would be flown in from Nathus in Delhi”.

This is so sweet of Riddima Kapoor! Her pre-wedding gift for Sonam is really unique and exquisite. What do you guys think?

NEXT READ: Anshula, Janhvi And Khushi In One Frame, Celebrating Sonam's 'Mehendi' Like Perfect Sisters 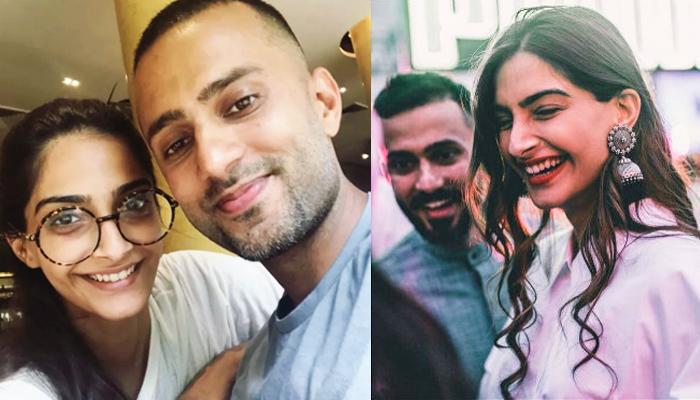 There is nothing as grand as a wedding in India, and if that happens to be of a celebrity, it’s unimaginable to decipher the level of projection, glamour and glitz involved. Bollywood’s fashionista, Sonam Kapoor and her long-time beau, Anand Ahuja are making it to the Page 3s daily these