Riddhima Kapoor and her husband, Bharat Sahni have been remembering Rishi 'ji' and sharing their loving memories. Scroll down to know more! Losing a parent is never easy. This would be the hardest and most dreaded thought for any child to imagine their life without a parent. It is almost like losing a limp and a guiding angel. The end of April month came as a huge shock for the entire nation with the sudden demise of two finest actors of Bollywood. First, it was Irrfan Khan, whose death had left the entire nation in utter shock. Just when the nation was coming in terms with the fact, the very next day, they woke up to the news of veteran actor, Rishi Kapoor’s demise. (Also Read: Yuvika and Prince Confirm Breaking All The Ties With Rashami Desai's Ex Beau, Arhaan Khan, Know Why)

It was on April 30, 2020, when the Kapoor family had announced the news of Rishi Kapoor’s death, leaving their family, friends and the entire nation in disbelief. While, for us, it is a piece of news that had an everlasting impact, but for the family, this is the hardest truth that they will have to accept. The truth is that the person leaves, but the memories prevail and it is what we can cherish for the rest of our lives. Rishi Kapoor and Neetu Kapoor’s daughter, Riddhima Kapoor Sahni lives in Delhi, and since the nation is under the lockdown, she wasn’t able to attend her father’s funeral. Since then, the doting daughter, Riddhima and her husband, Bharat Sahni have been remembering Rishi ji and sharing their loving memories on social media. 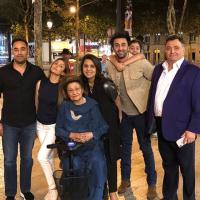 On May 03, 2020, Riddhima Kapoor took to her Instagram stories to share two unseen pictures of her late father, Rishi Kapoor. The first story has a picture of her late grandmother, Krishna Raj Kapoor with her ‘papa’ Rishi Kapoor with a heart emoticon atop it. The other story is throwback family picture of the times when Riddhima and Ranbir Kapoor were kids, with young Rishi Kapoor and Neetu Kapoor. Take a look at it. 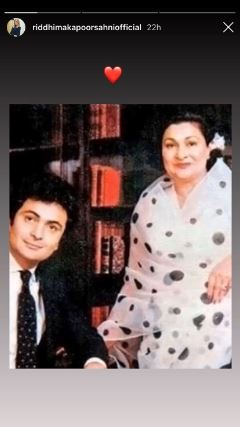 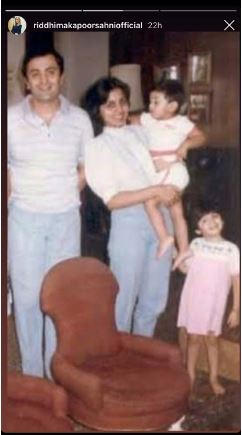 Rishi Kapoor’s son-in-law, Bharat Sahni is also missing him immensely as he penned an emotional note for his late father-in-law. He took to his Instagram stories to share a picture from Banganga, where the Kapoor family had gone to immerse Rishi ji’s ashes. Along with the picture, he wrote, “I consider myself lucky to have something that makes it difficult to say goodbye. Thank you for the memories.” Check out the picture below. (Recommended Read: Kareena Trolled For Posting Taimur's Photo Post Rishi Kapoor's Death Is Why Grief-Shaming Must End) 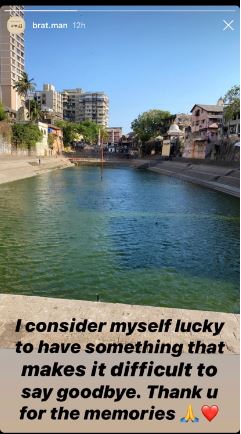 As Riddhima Kapoor Sahni and her husband, Bharat Sahni were unable to attend the funeral, the two had penned a soulful eulogy for their demised father, Rishi Kapoor. On May 1, 2020, Bharat had posted some memories with his father-in-law and had captioned them as “Will never forget the love you gave me. You taught me so much in the little time I had with you. Simply broken today. Lost for words. Love you and will miss you a lot. R.I.P. Papa” 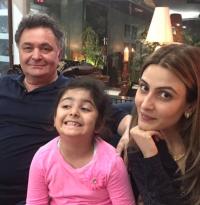 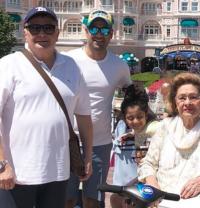 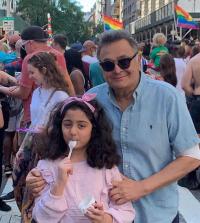 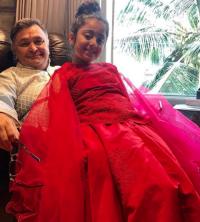 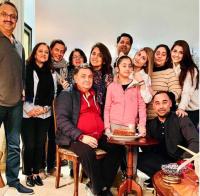 Riddhima had also captioned her selfie with her father as “Papa I love you I will always love you - RIP my strongest warrior I will miss you everyday I will miss your FaceTime calls everyday! I wish I could be there to say goodbye to you! Until we meet again papa I love you - your Mushk forever.” Riddhima had also posted an Insta story while travelling from Delhi to Mumbai, and had written, “Driving home ma. Enroute to Mumbai.” (Don't Miss: AbRam Khan Dances And Jams With Father, Shah Rukh Khan, Little Wonder Later Says, 'Papa Enough Now') 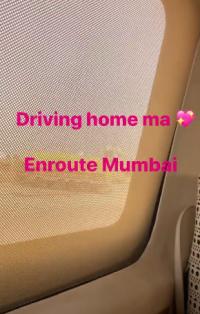 We wish the family all the strength to cope up with the loss! He was not a Shayar but he made everyone scream on top of our voice, ‘Kiya’ every time he asked us, ‘Kya Tumne Kisi Se Pyaar Kiya?’ Since then, the OG chocolate boy of the Hindi film industry became an inspiration for every actor, with his smiling face, zest for life