Here's everything you need to know about the exotic lifestyle of famous Indian billionaire businessman, Gautam Adani's wife, Priti Adani. Details inside!

One of the richest people globally, Gautam Adani, is the founder and chairman of the Adani Group, an Ahmedabad-based multinational company that deals in operations related to port developments in India. The business tycoon had founded the Adani Group back in 1988, and according to recent reports, as of November 26, 2021, Gautam Adani has surpassed Mukesh Ambani and has become Asia's richest person. Gautam Adani's net worth is estimated to be around USD 88.3 billion.

The year 2023 has been nothing less than a nightmare for Gautam Adani so far, as in just seven days, he has lost over Rs. 29,000 crores. Also, the current scenario isn’t predicting any relief for the renowned business tycoon, who is going through a terrible situation. For the unversed, in January 2023, a US-based investment research firm, Hindenburg, published a report claiming that Gautam Adani is pulling the biggest con in corporate history by accounting frauds, money laundering, and stock manipulations. Born in 1965, in Mumbai to a Gujarati family, Priti Adani had completed her graduation in dental surgery from the prestigious Government Dental College, Ahmedabad. After her marriage with the business tycoon, Gautam Adani, she had become the chairwoman of Adani Foundation, in 1996. Although she is one of the richest women on the planet, Priti is not bothered by it, and is always extremely focused on doing philanthropy work for underprivileged people. 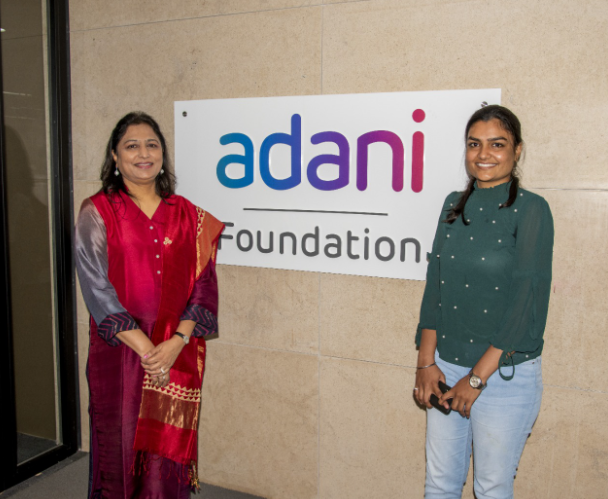 Priti Adani founded the Adani Foundation in 1966, with just two team members. And, after 21 years, she and her foundation has managed to cover more than 18 states in the country. The dentist surgeon rarely poses for the shutterbugs or gives interviews in the media, as Priti always prefers to keep her focus strong on her work.

Don't Miss: SS Rajamouli's Love Story: From Marriage With A Divorcee To Helping Her Become A Renowned Designer 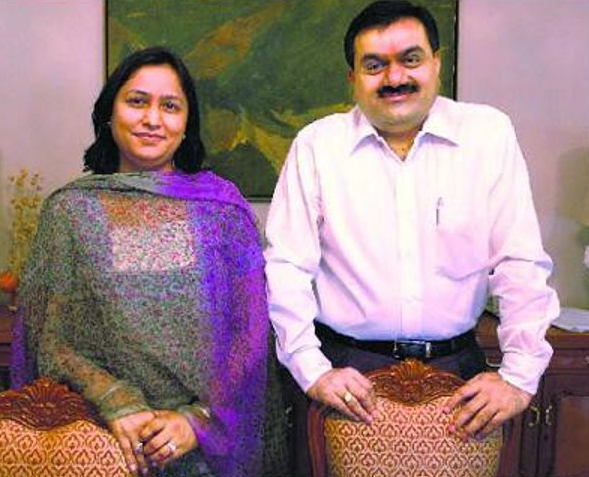 Gaurav Adani's wife, Priti Adani, is also one of the leading women educators in Gujarat, who are working towards lifting the literacy rate in the state. Under her leadership, Adani Group's CSR (Corporate Social Responsibility) budget had risen to a record Rs. 128 crores in 2018-19 from Rs. 95 crores in 2017-18. After the tragic Bhuj earthquake in Gujarat, in 2001, Priti Adani had started the Adani DAV School in Mundra to help the children get the proper education. The move was hailed not only by the government but by the people across the country. 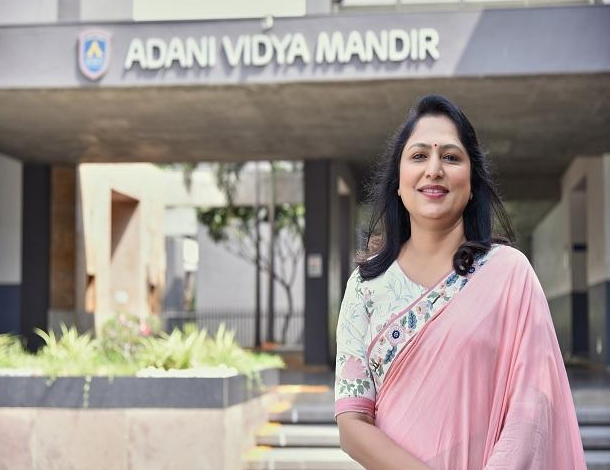 A few years later, Priti Adani also announced that they were giving 'completely free' education till higher secondary, to the underprivileged children of the state in their school. The Adani Foundation kick-started by Priti Adani is currently working in more than 2,300 villages and is spread across almost 18 states in the country. In order to combat poverty, illiteracy, hunger, and malnutrition, Priti had devised four separate flagship programmes under the Adani Foundation. The four flagship programmes include Saksham for skill development, Suposhan for malnutrition, Uthhan for education, and Swachhagraha for cleanliness. 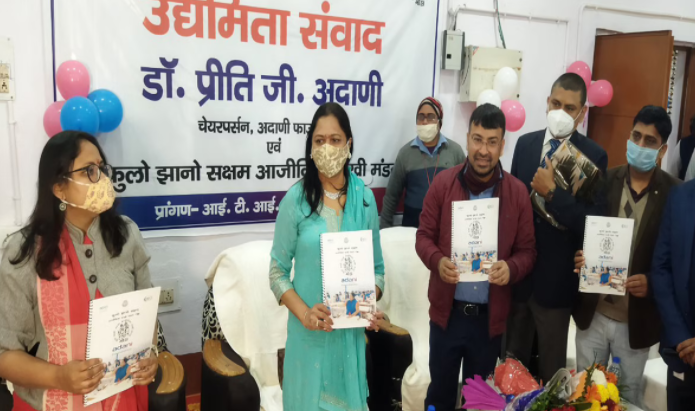 During the COVID-19 pandemic, when the whole world was struggling to find solutions against the deadly virus, the labour class of India was facing the most heat. From not being able to get a bed in a hospital to fight for their basic needs, the situation of the underprivileged people in the country was frightening. 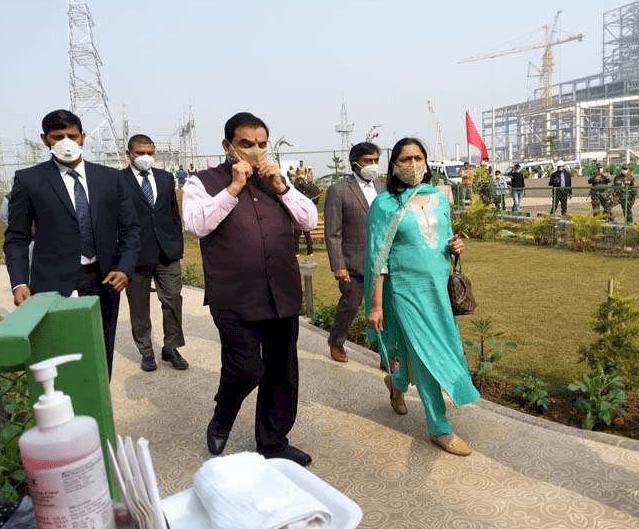 At that time, it was Priti Adani and her husband, Gautam Adani, who had provided the basic amenities to the poor people. From distributing meals to providing PPE kits to the frontline workers, Priti's Adani Foundation had helped a lot of people in their fight against COVID-19.

#6. Priti Adani is felicitated with a Doctorate 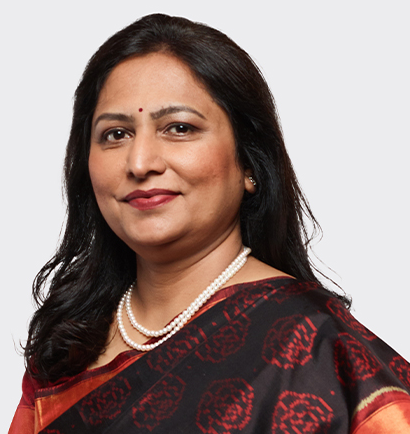 It was on February 9, 2020, when Priti Adani was felicitated with the prestigious doctorate for her incredible social work at the convocation ceremony at the prestigious GLS University, Ahmedabad. From increasing the CSR budget of Adani Group, helping the poor section of the society with her Adani Foundation, to creating a residential school for the tribals of Odisha, Priti's philanthropy work is exceptionally inspirational.

You May Like This: 'Flying Beast' Gaurav Taneja And Ritu Rathee's Lifestyle: Expensive Cars, Net Worth, Kids And More

#7. Priti Adani gave up dentistry to serve a large cause In an interview with Herstory, Priti Adani had opened up about her decision to quit practising dentistry and originating the Adani Foundation. The businesswoman had stated that she had two choices in her life, while in the first one, she could help a hundred people with her dentistry, and in the second one, she could change a thousand lives. Then, revealing why she had founded Adani Foundation, she had said:

"I had two options presented to me -- I could either help a few hundred people as a dentist or I could help thousands through the work of our foundation." 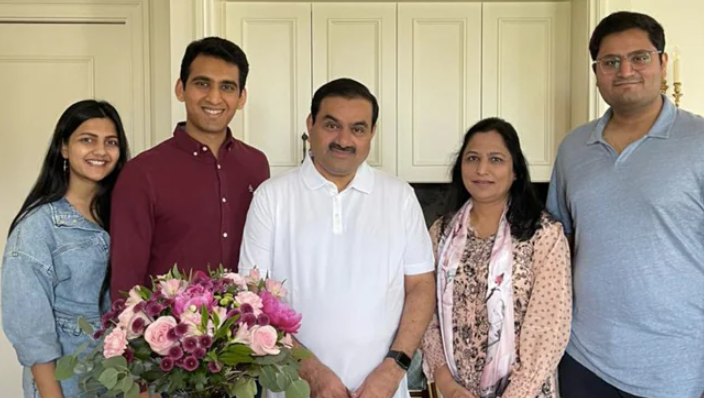 The billionaire couple, Gautam Adani and his wife, Priti Adani, are blessed with two sons, Karan Adani and Jeet Adani. While Karan is the Chief Executive Officer of Adani Ports & Special Economic Zone Ltd, his brother, Jeet, is reportedly completing his education at the University of Pennsylvania School of Engineering and Applied Science. 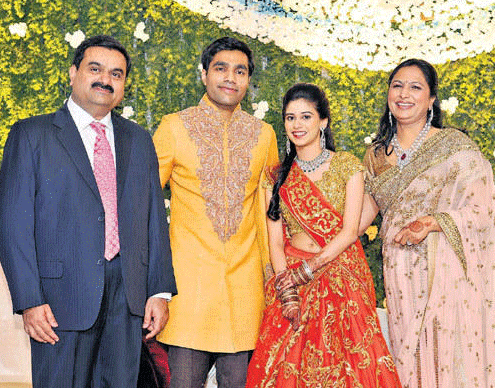 In 2013, Karan had tied the knot with Paridhi Adani, and it was in July 2016 when the lovely couple had welcomed a baby girl into their lives. As per the reports, Priti Adani never misses a chance to spend some time with her little granddaughter. From bringing new toys for her little princess to fulfilling all her dadi duties, Priti is too much attached to the baby girl, just like any grandparent in the world. There's no doubt that Priti Adani's philanthropy work has taken social work to a whole new level. From being honoured with awards like the FLOW Women Philanthropist Award (2010-11) to being a constant source of inspiration for other business organisations in the country, Priti has changed a million lives with her tireless efforts. 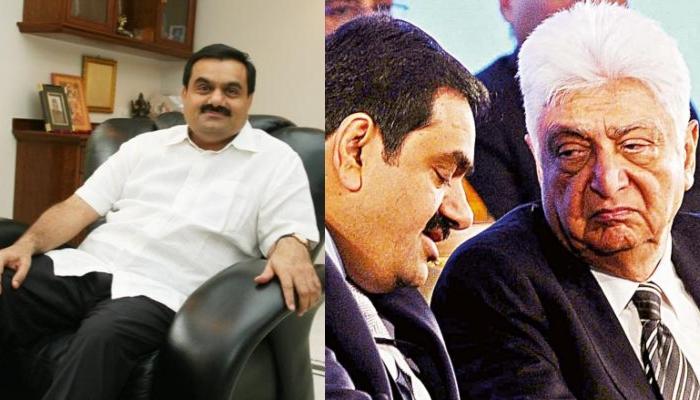 World-famous Indian business magnate, Gautam Adani is the founder and chairman of one of the most profitable multinational companies globally, Adani Group, located in Ahmedabad. The enterprise deals in operations related to port developments in different parts of the country. Gautam Adani had founded the Adani Group right from scratch,