Inside Indian bowler, Umesh Yadav's personal life. From talking about Umesh's love story with his wife, Tanya Wadhwa, to their daughter, Hunarr, here's all you need to know about his family!

Famous Indian cricketer, Umesh Kumar Tilak Yadav, professionally known as Umesh Yadav is one of the biggest names in the world cricket. The right-arm fast bowler plays for the Indian cricket team, Kolkata Knight Riders and Vidarbha cricket team. The bowler is also one of the most important players in the national squad, as time and again, Umesh has left everyone impressed with his wicket-taking techniques and lethal bowling style.

However, there's no doubt that his performance in the 2015 ICC Cricket World Cup has been his career's best so far. Although the Indian cricket team couldn't retain the title but Umesh had emerged as a big name as he had taken 18 wickets in that tournament. Apart from his exceptional performances in the Indian cricket team, Umesh Yadav is also renowned for breaking numerous bowling records in the Indian Premier League (IPL) with his team, Kolkata Knight Riders. 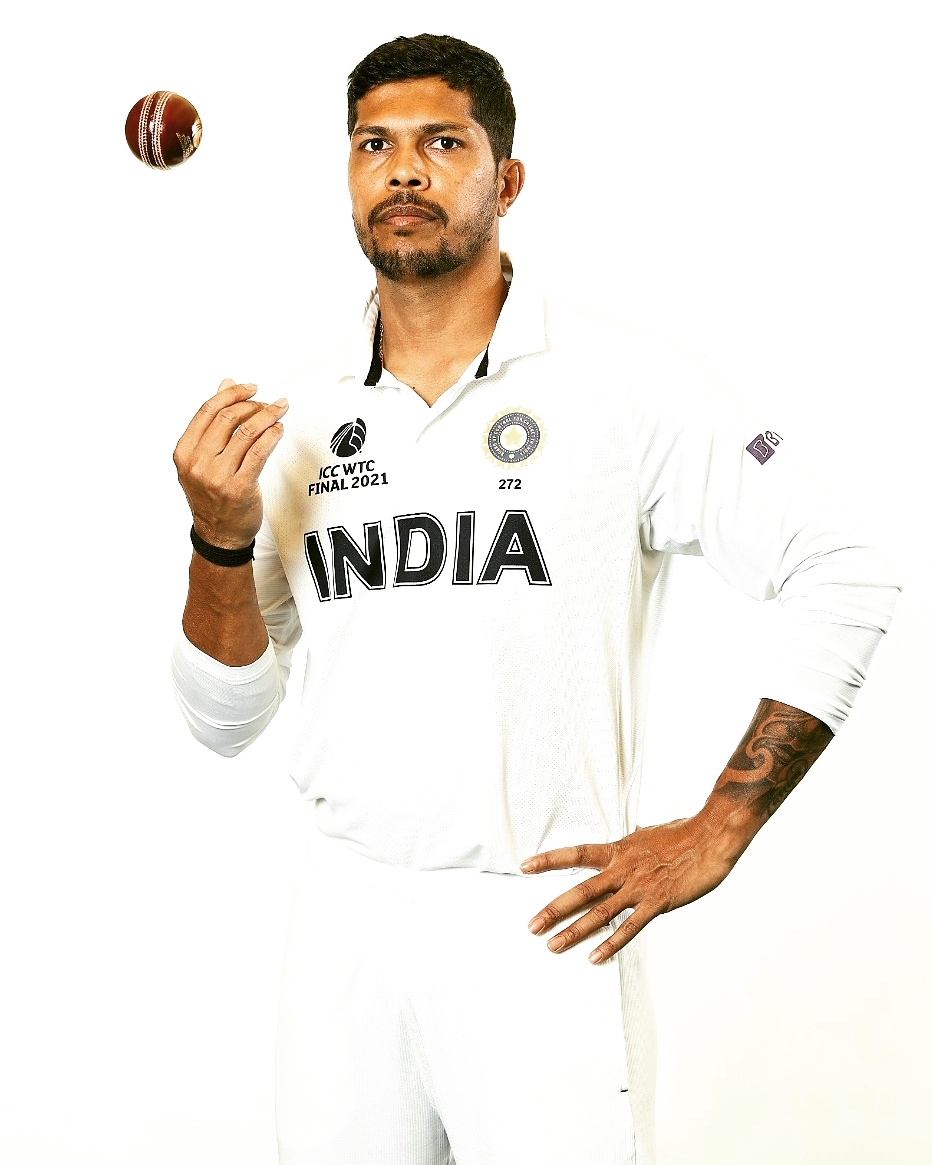 The year 2022 is becoming crucial for Umesh Yadav as his back-to-back match-winning performances for KKR have made his massive fanbase super excited about the possibility of seeing him again in ICC T20 World Cup 2022. While Umesh Yadav's massive fanbase is thoroughly updated about his professional life, they don't know much about his personal life, and the reason behind it is the fact that there isn't enough media coverage on the bowler's personal life. 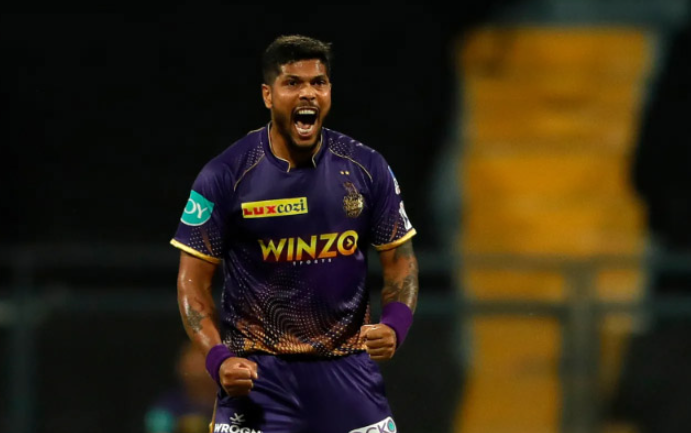 Well, it's quite strange because Umesh and his wife, Tanya Wadhwa, both are avid social media users and love documenting their lives on social media. However, we've bought you all the details about Umesh and Tanya's love story. From their first meeting to their date nights, we have covered everything that you would love to know about this stunning couple. So without further ado, let's get straight into Umesh Yadav's personal life! 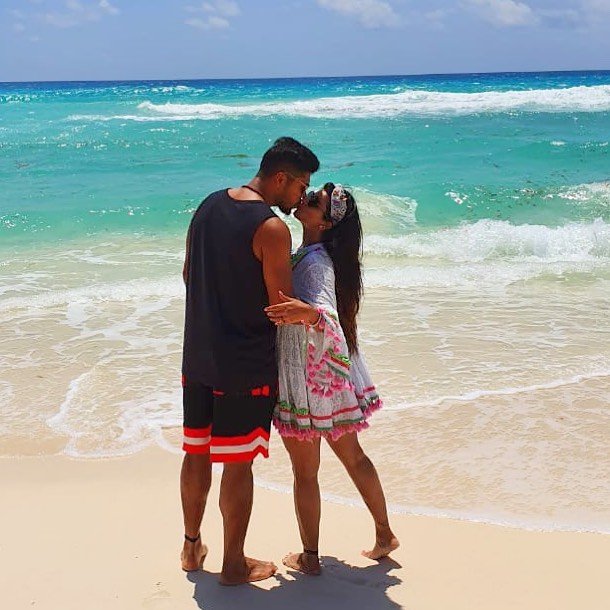 Indian bowler, Umesh Yadav's wife, Tanya Wadhwa belongs to a Punjabi family and was born on August 6, 1989. The gorgeous lady was born and brought up in Delhi and hailed from a traditional Punjabi middle-class family with strict core values. We have often seen Tanya slaying in both western and traditional outfits. Right from the younger days, Umesh Yadav's wife, Tanya Wadhwa had a strong inclination toward fashion and clothing. After completing her education in Delhi, Tanya had decided to turn her passion for fashion into a career. Thus, she had pursued graduation in Fashion Designing from Delhi and had kick-started her journey as a fashion designer. 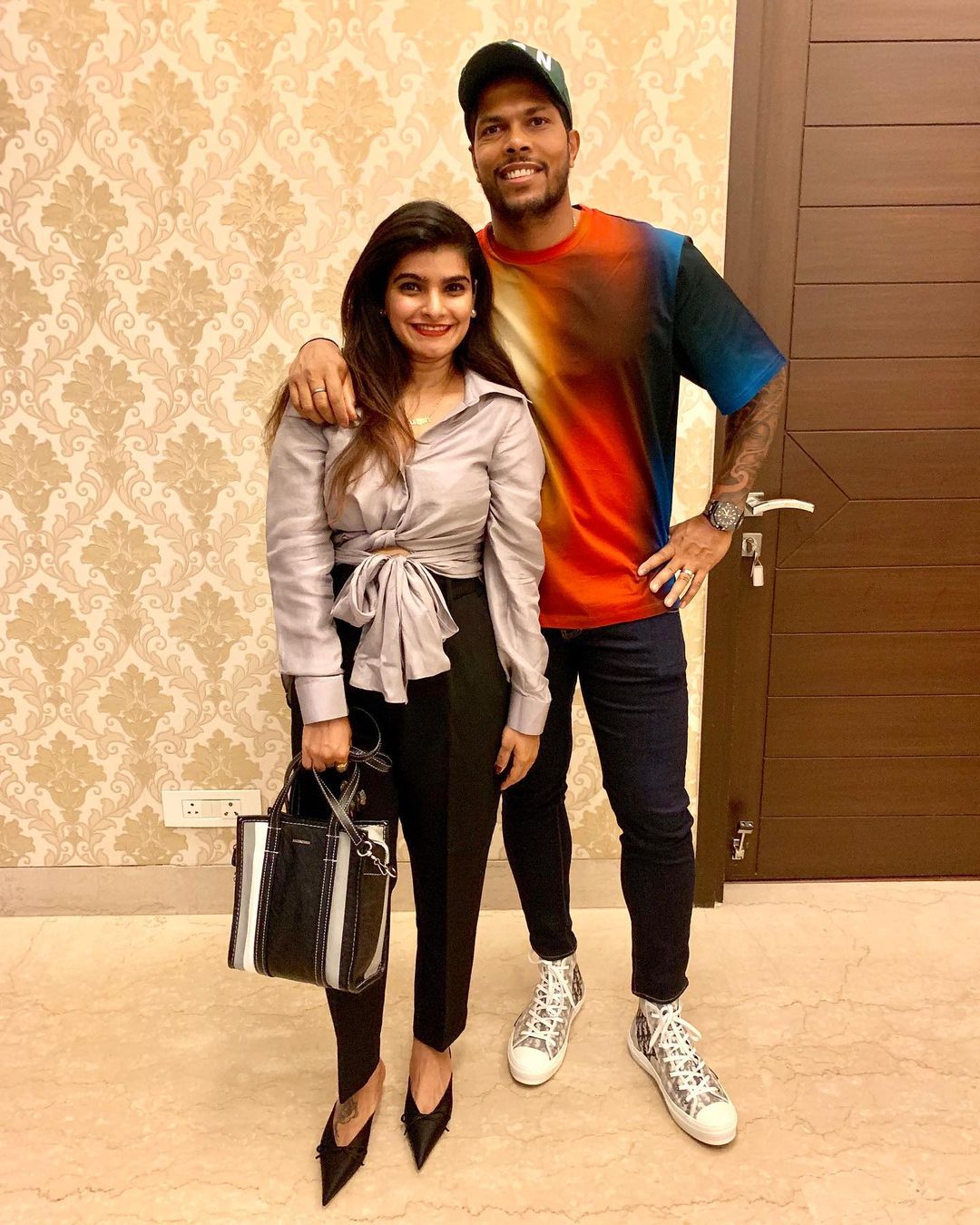 According to multiple reports and sources, Kolkata Knight Riders' fast-paced bowler, Umesh Yadav had met Tanya Wadhwa for the first time in the year 2010 during an IPL match. Tanya, who is an avid cricket fan, had gotten the chance to meet Umesh through a common friend, and it had changed their lives for the better. 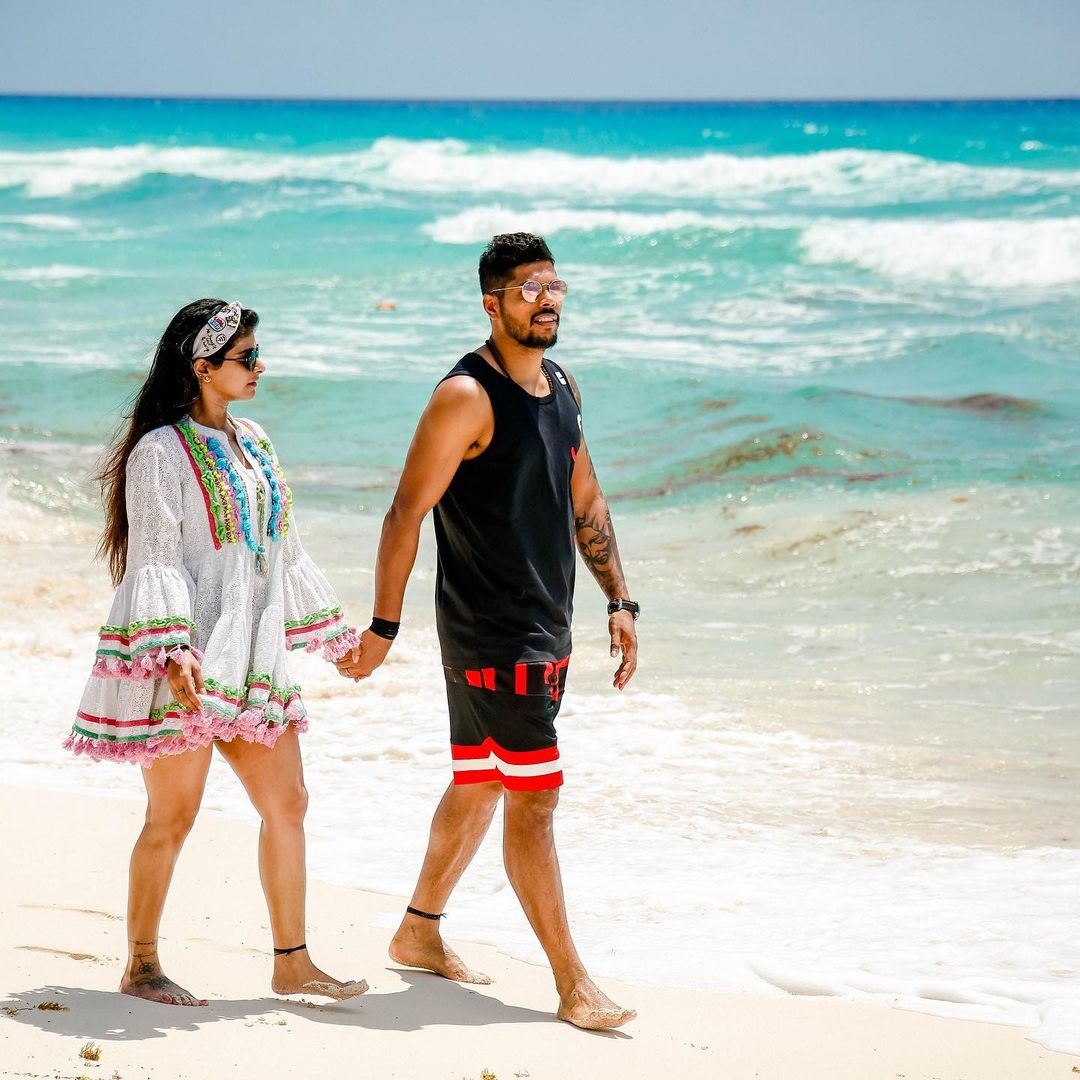 After meeting a couple of times with each other, Umesh Yadav had reportedly fallen in love with Tanya Wadhwa, courtesy to the latter's kind and gentle nature. After dating each other for some years, it was in 2013, when Umesh and Tanya had decided to tie the marital knot. The couple had informed their respective families about their decision to take the plunge, and it was well-welcomed by their parents. 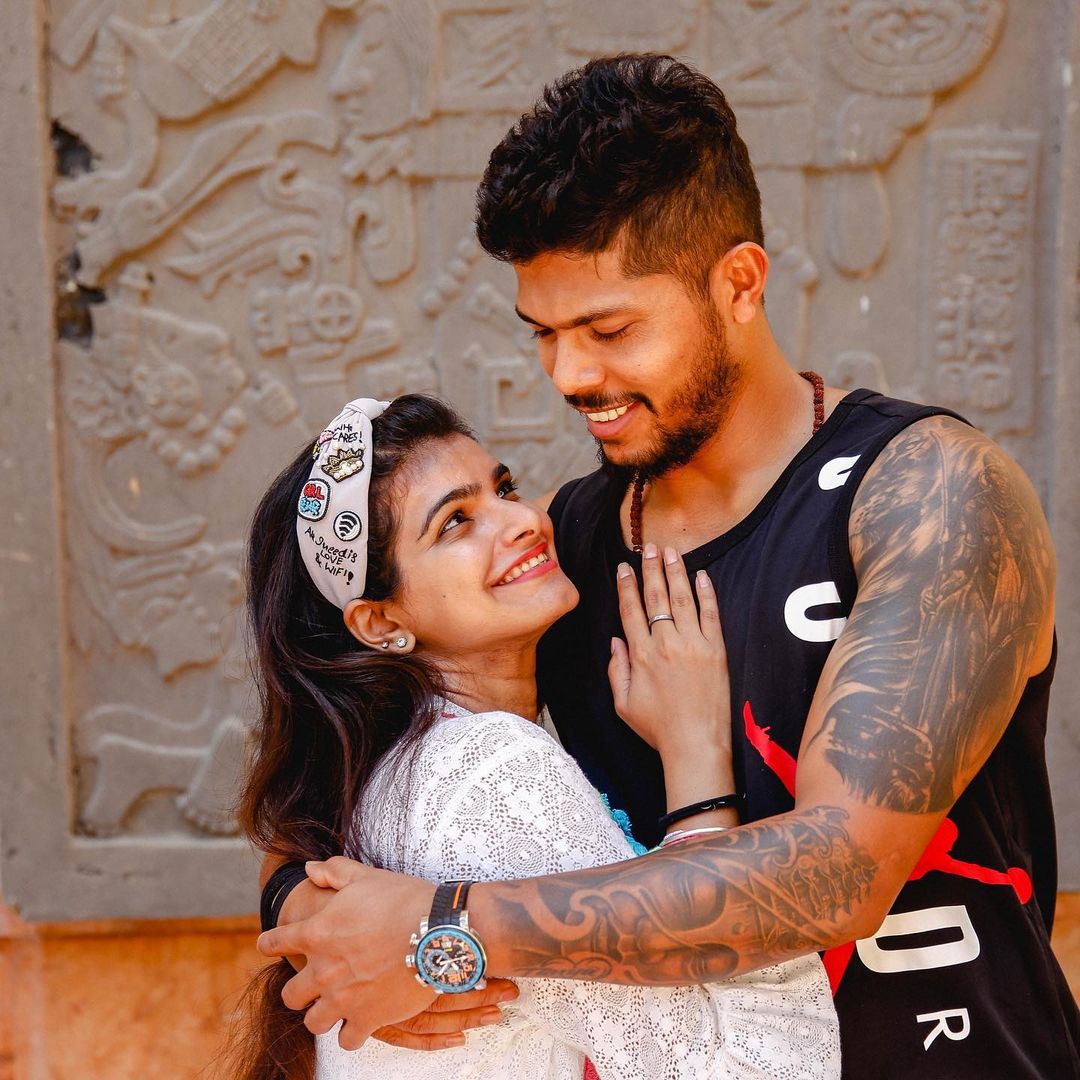 Both the families were happy about Umesh Yadav and Tanya Wadhwa's decision to marry each other, and it was on April 15, 2013, when the couple had got engaged. The engagement ceremony had clearly sent out the message loud and clear that the then-ongoing reports about Umesh and Tanya's relationship in the media were true, and the lovebirds were serious about each other. 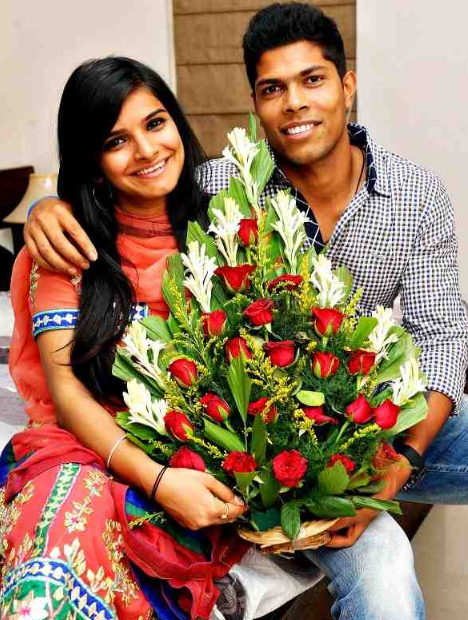 Umesh Yadav and Tanya Wadhwa's engagement ceremony had taken place at the former's home in Ramdaspet, Nagpur. While Umesh had donned a white and black chequered shirt and blue denim for their engagement ceremony, Tanya had looked gorgeous in a peach-coloured salwar suit. 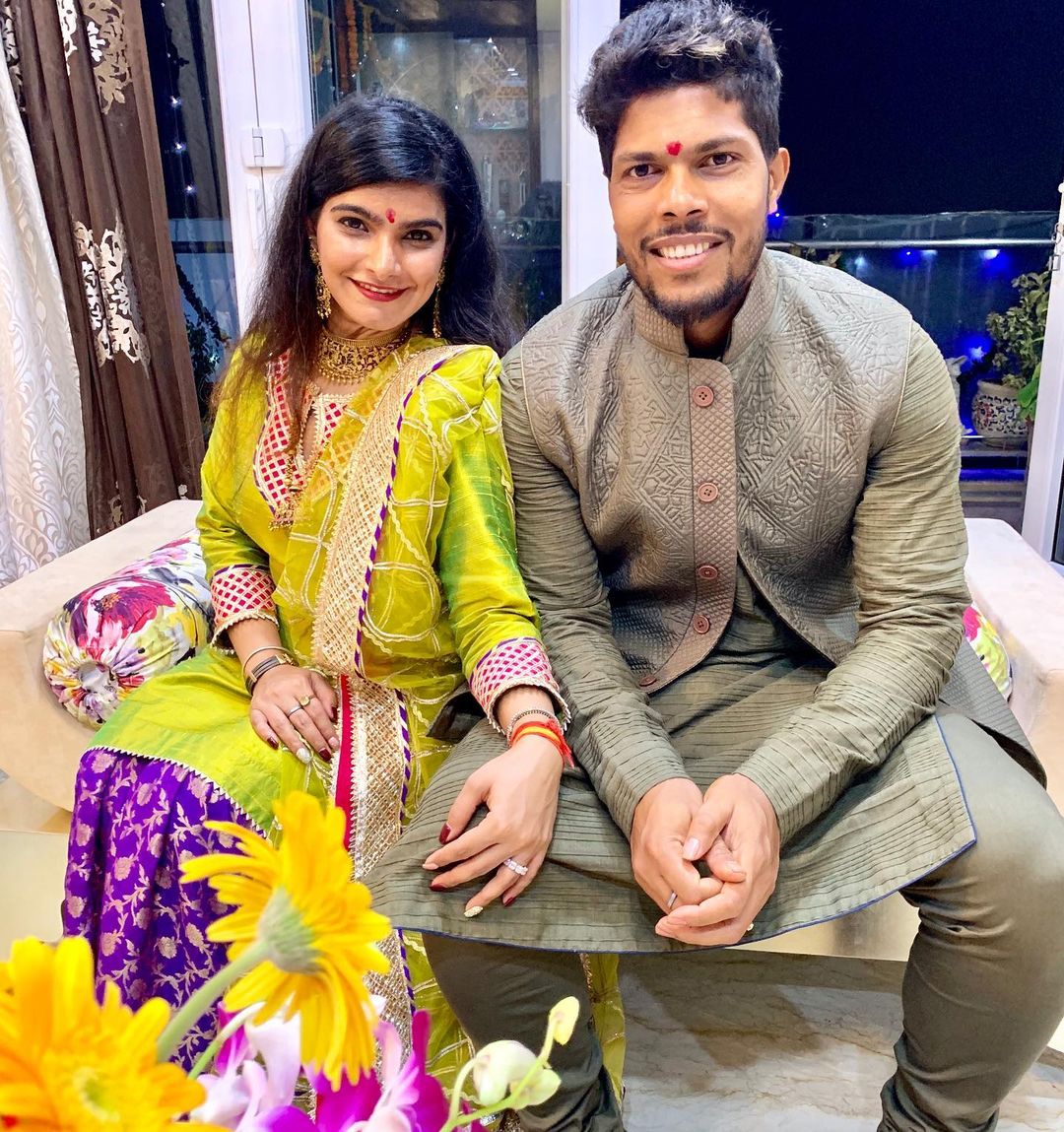 On May 29, 2013, Umesh Yadav had got married to his girlfriend, Tanya Wadhwa at Hotel Centre Point, Nagpur. On their D-day, the much-in-love couple had looked stunning. While the then-bride, Tanya had proved the mettle of her fashion designing skills as she had rocked a traditional bridal lehenga. However, what had caught everyone's attention was Tanya's chanya-choli, whose exquisite silver and golden embroidery had won everyone's hearts. While Tanya Wadhwa had stolen the limelight with her bridal look, the then-groom, Umesh Yadav had proved that his simplicity was second to none. The cricketer had donned an ivory-coloured sherwani and had paired it with a saffron-coloured turban and had looked dashing on his wedding day. At the time of their wedding, while Tanya was just 23 years old, Umesh was 25 years old.

You May Like This: 'Shark Tank India' Judge, Anupam Mittal And Actress-Model, Aanchal Kumar's Love Story After seven years of marital bliss, it was on January 1, 2021, when Umesh Yadav and his wife, Tanya Wadhwa had welcomed their first child, a baby girl. It was Umesh, who had taken to his Instagram handle and had shared a picture of a baby sleeping, along with the message that he had become a proud father of a baby girl. Atop the picture, we could also read a message that read, "Welcome to the world, Little Princess! So, thrilled that you are here!" 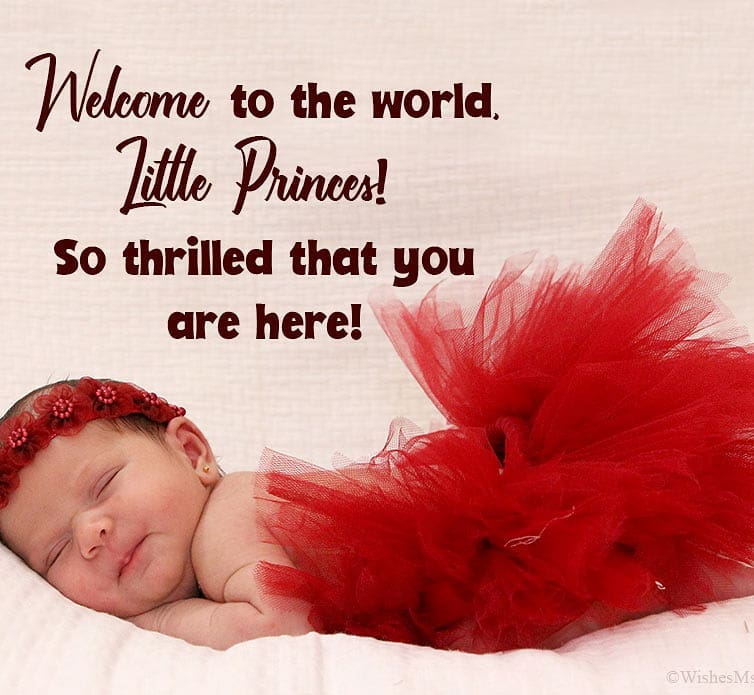 Along with the picture, Umesh had penned a note in the caption that could be read as:

When Umesh Yadav and Tanya Wadhwa announced their daughter's name 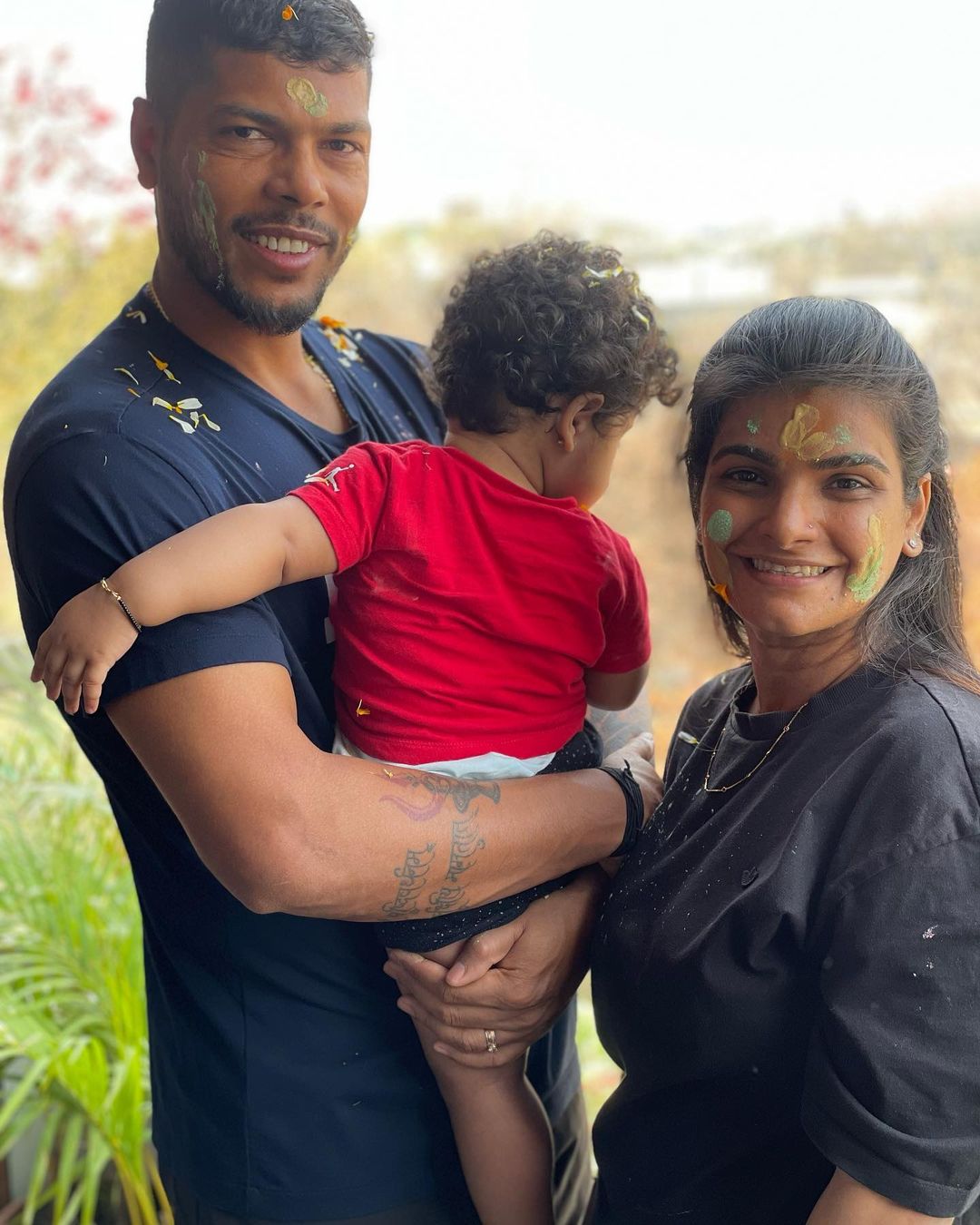 On the special occasion of their daughter's first birthday on January 1, 2022, Umesh Yadav and his wife, Tanya Wadhwa had announced their baby girl's name. It was the doting mother, Tanya, who had taken to her Instagram handle and had shared an adorable picture collage that had featured four drool-worthy pictures of their darling daughter. Along with the picture, Tanya Wadhwa had penned a lovely note in the caption in which she had revealed their daughter's name, and it had won everyone's heart. As the doting parents, Tanya and Umesh Yadav had named their daughter, 'Hunarr'. 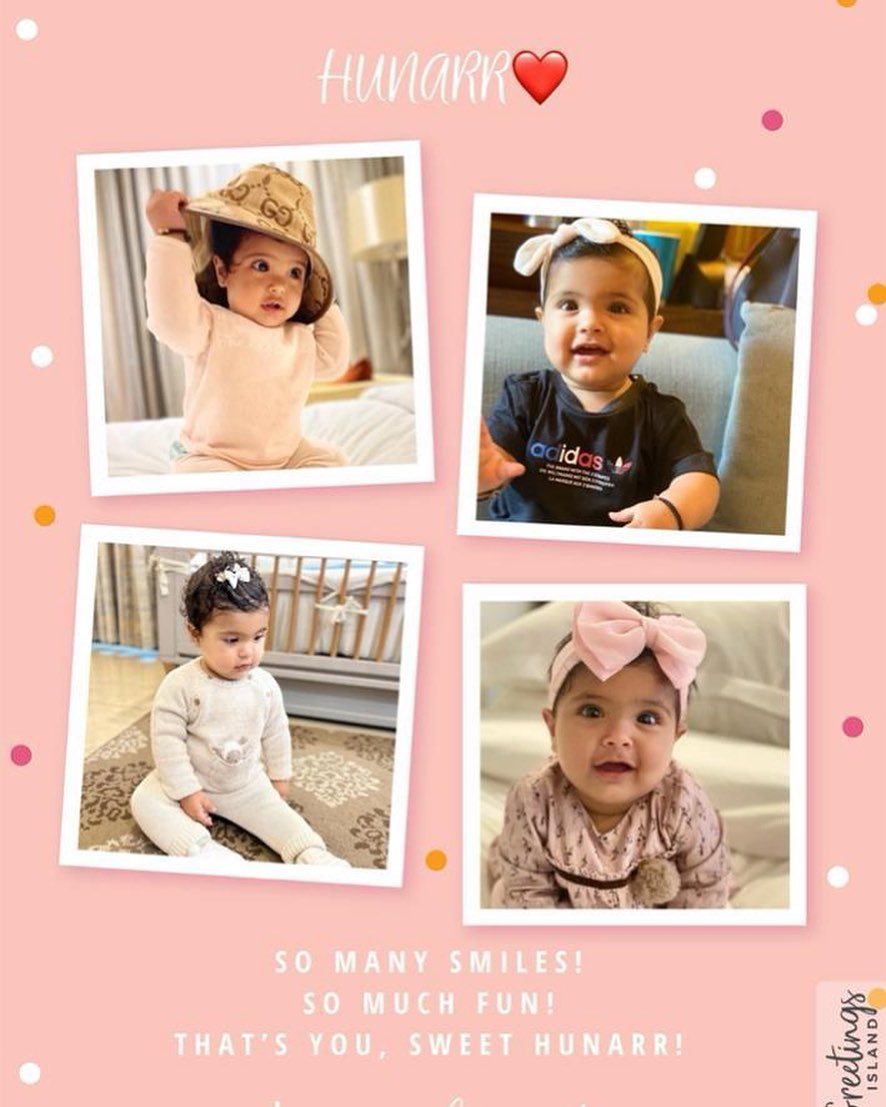 Umesh Yadav and Tanya Wadhwa's love story had kick-started from an IPL match like a perfect romantic Bollywood flick. There's no denying that they've given us tons of family goals with their social media PDAs over the years. The much-in-love couple also made us believe in the concept of soulmates all over again. What do you think? Let us know!

Also Read: SS Rajamouli's Love Story: From Marriage With A Divorcee To Helping Her Become A Renowned Designer