As per the latest reports coming in, a magistrate court has rejected Rhea Chakraborty's bail plea, and she isÂ sent to judicial custody for 14 days till September 22. Scroll down to know more!

You must be living under a rock if you haven't heard the news of Rhea Chakarborty's arrest in Sushant Singh Rajput probe. On September 8, 2020, Rhea Chakraborty was arrested by the Narcotics Control Bureau (NCB) under various charges of the Narcotic Drugs and Psychotropic Substances (NDPS) Act. Following her arrest, she was taken to Sion hospital for a medical test. (Recommended Read: Ankita Lokhande Reacts To Sushant Singh Rajput's Girlfriend, Rhea Chakraborty's Arrest By NCB)

As per the latest reports coming in, a magistrate court has rejected her bail plea, and she has been sent to judicial custody till September 22. Her appeal before the sessions court might come today, on September 9, 2020. FYI, Rhea is the 10th person to be arrested in the angle related to Sushant Singh Rajput's death. The list of persons arrested so far includes Rhea's brother, Showik Chakraborty, Samuel Miranda (Sushant's manager), Deepesh Sawant (Sushant's former cook) and several other alleged drug peddlers. Scroll down to know how Rhea Chakraborty's father reacted to her arrest! 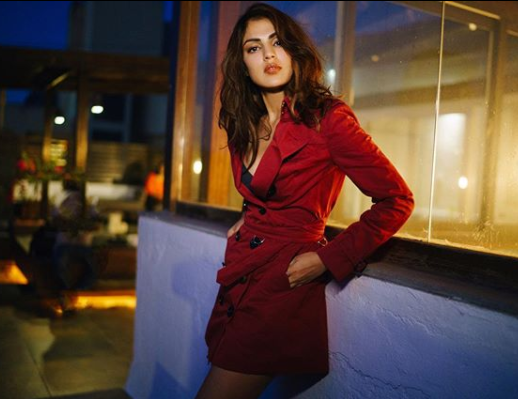 Rhea Chakraborty's father, Indrajit Chakraborty took to his Twitter handle to share his discontent and anger on her arrest. He wrote, "No father can bear injustice on his daughter. I should die." He also expressed his disappointment on the rejection of Rhea's bail plea and wrote, "Rhea Chakraborty bail rejected. Next act likely in sessions court on Thursday!" According to reports flashed in the Indian Express, throwing light on Rhea's arrest, NCB Deputy Director (Operations) KPS Malthotra said, "Rhea has been arrested and the due process of informing the family has been completed." The NCB said that Rhea Chakraborty's was arrest based on WhatsApp chats and the statements of the other accused. 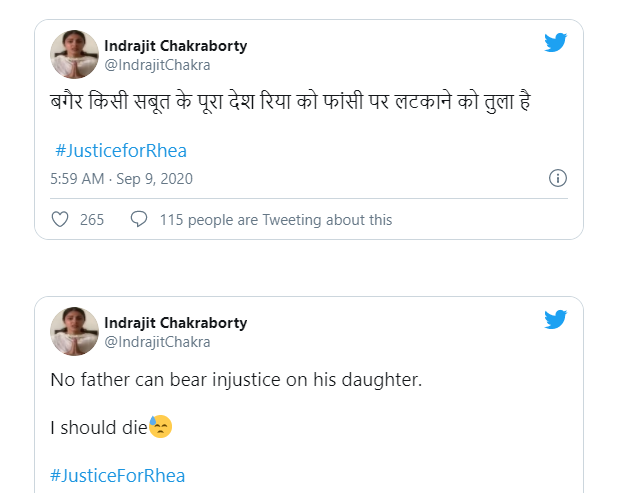 Going into further details, Deputy DG Mutha Ashok Jain said, "We arrested her, which means we have enough evidence. Since we have already questioned her in the past few days, we don't need to interrogate her any more." Seeking judicial custody for Rhea, NCB, in its remand application, said the actor was involved in procuring drugs for Sushant Singh Rajput and paid for it. This proves she was 'an active member of a drug syndicate,' as reported by the Indian Express. 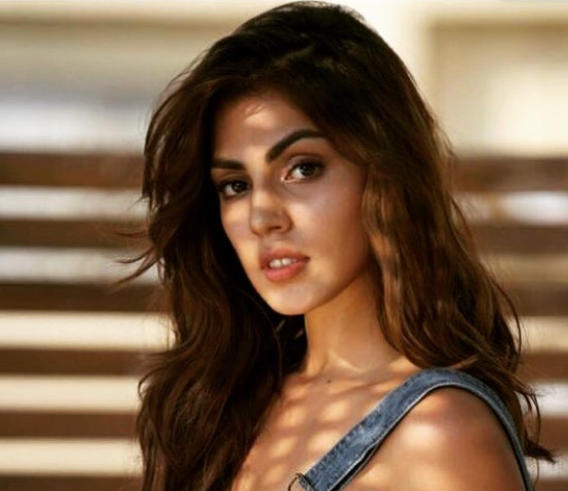 Rhea's father, Indrajit Chakraborty, on the other hand, put out a number of tweets raising concerns on the media trial of his daughter and also talked about Sushant. He said, "So here is most inconvenient truth: if NCB case stands in court,then Sushant if he was alive would have been prime accused as a consumer, procurer and financier of drugs! So much for Justice for SSR: this is what the campaign has done: a fine actor's legacy tied to drug abuse!" In another tweet, he wrote, "I knew Sushant very well....He will be very sad today." He further wrote, "All this coz her now dead boyfriend smoked weed?? Weed????? I want all the stoners on my list to take this personally. Wtf is on in this country??!!!!! Poor Rhea. #justiceforrhea." (Also Read: Abhishek Bachchan Gave A Funny Reply To Those Who Say He Is All Because Of Amitabh Bachchan [Video]) 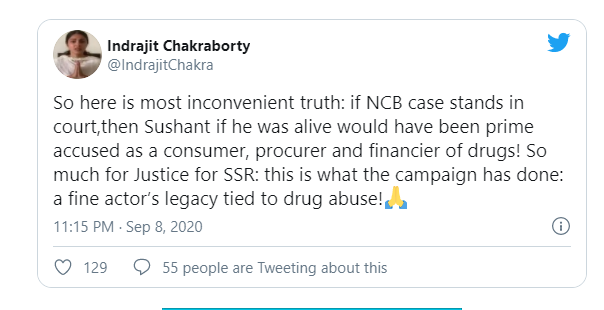 According to the Indian Express, during the questioning by the NCB, Rhea Chakraborty had revealed about her involvement in the procurement of drugs and financial transactions. The NCB had arrested Deepesh Sawant for his role in procuring and handling of drugs. Showik Chakraborty and Samuel Miranda were also arrested in the same case. Rhea's lawyer Satish Maneshinde called her arrest a "travesty of justice", issued a statement and said, "Three central agencies hounding a single Woman just because she was in love with a drug addict and was suffering from mental health issues for several years under the care of five leading psychiatrists in Mumbai, who ended up committing suicide due to consumption of illegally administered medicines and used drugs." (Don't Miss: MS Dhoni's Daughter, Ziva Dhoni Enjoys A Movie Date At Home With Mommy, Sakshi Dhoni)

What are your thoughts on the rejection of Rhea Chakraborty's bail plea? Share with us!