Rhea Chakraborty's brother, Showik Chakraborty is nabbed by the NCB in drug consumption and dealing case linked to Sushant Singh Rajput's death. Scroll down to know how Shweta reacted!

The drug angle in Sushant's Singh Rajput's death had changed the whole narrative of the investigation. Three federal agencies, the CBI,  the NCB (National Narcotics Bureau) and the ED (Enforcement Directorate) are probing various angles surrounding his death. In sensational news, few arrests have been made under the charges of drug consumption and dealing. Scroll down to know more! (Recommended Read: Dipika Kakar's Hubby, Shoaib Ibrahim Is Unwell, The Doting Wife Pampers Him With His Favourite Food)

The latest development in Sushant Singh Rajput's murder investigation sees Rhea Chakraborty's brother, Showik Chakraborty's arrest in drug consumption and dealing case. Not only Showik, but Samuel Miranda is also arrested in the same case along with him. Samuel was Sushant Singh Rajput's manager. Last week the NCB had booked Rhea, Showik, Miranda and others under certain sections of the NDPS Act based on information received from the Enforcement Directorate (ED) during the course of the investigation. Sushant Singh Rajput's sister, Shweta Singh Kirti reacted on Showik's arrest, and wrote on her Twitter handle, "Thank you God Keep guiding all of us in the direction of TRUTH! #JusticeForSushantSinghRajput #GreatStartNCB #Warriors4SRR #Flag4SSR." Also, Friday morning, NCB had conducted a raid on Rhea's residence, in response to which, Shweta had put out a jubilant tweet which could be read as "Good going NCB... Thank You God. #GreatStartNCB.” 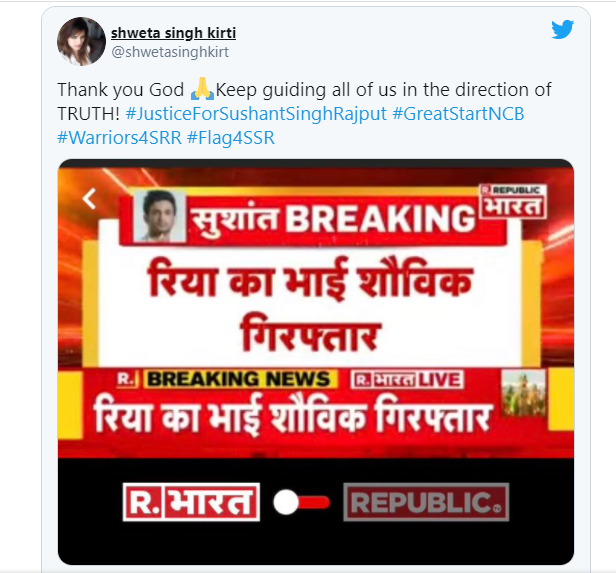 Straightening out the details of the arrests, according to reports flashed in the Hindustan Times, Showik Chakraborty and Samuel Miranda have been arrested under various sections of the Narcotic Drugs and Psychotropic Substances (NDPS) Act. Both of them are named as accused by the ED and the CBI in the FIRs registered by them in Sushant's death probe. Talking about the further procedure, Showik and Samuel will be produced before a local court on Saturday and are supposed to be put under custodial interrogation to probe into more details about the procurement, transportation and usage of the narcotics. (Also Read: Sushant Singh Rajput's GF, Rhea Chakraborty's Brother, Showik Confesses Procuring Drugs For Her) 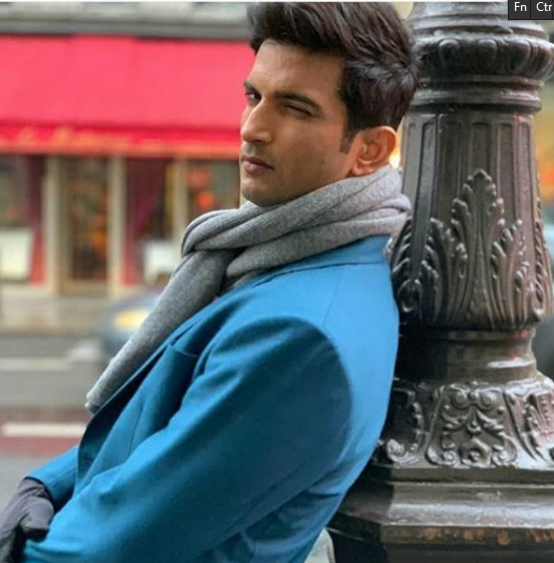 FYI, the arrest was made after 10 hours of questioning the two after their premises were raided early morning on Friday. The NCB had searched the residence of Showik in Santa Cruz (West), and Miranda's house in suburban Andheri (West) from 6:30 am. It is pertinent to bring to your notice that Showik lives with his sister, Rhea. According to the Hindustan Times, a senior NCB official has quoted that the agency has a strong case against the two. 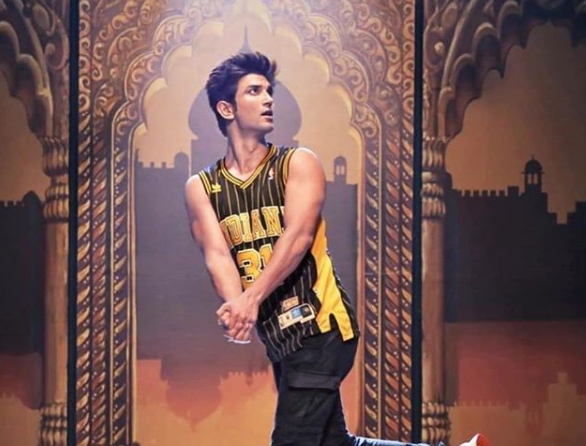 A total of five arrests (including Showik and Miranda) have been made in link to the narcotics in Sushant's case. Earlier in the day, NCB had arrested an alleged drug peddler, Abdel Bashit Parihar, who had confessed before the agency that he used to deliver the contraband to Miranda on Chakraborty’s instructions. According to the reports published in ETimes, the remand application filed by NCB securing Parihar’s custody states, "During the voluntary statement Zaid Vilatra (another arrested accused) disclosed the name of present respondent namely Abdel Basit Parihar as a receiver of ganja/marijuana. During the statement Parihar revealed the purchase and sale of marijuana/ganja. He used to procure drugs from Vilatra and Kaizan Ebrahim (another accused) as per instructions of Showik Chakraborty and was directing them to deliver contraband to Miranda." (Don't Miss: Chhavi Mittal's Husband, Mohit Hussein Pens A Lovely Wish For His Darling Wife's Birthday)

What are your thoughts about Showik's arrest? Share with us!