Sushant Singh Rajput's death has created a global movement for 'Satya Ka Agrah', and it is a victory for SSR fans as Rhea Chakraborty got arrested. Check out Ankita Lokhande's reaction on the same! The mysterious death of late Bollywood actor, Sushant Singh Rajput has created a global movement. Since, June 2020, SSR's fans have turned into warriors for him, who are questioning and finding proofs that he had not taken his own life, but rather he was murdered. The entire world was demanding CBI inquiry into the matter, and their prayers were answered when SSR's family had registered an FIR against his girlfriend, Rhea Chakraborty.  Since then, all eyes are on the case and everyone wants to know the truth, and looks like, finally justice will prevail as the actress got arrested! (Recommend Read: Esha Deol Reveals How She Wishes To Raise Her Little Daughters, Radhya Takhtani And Miraya Takhtani)

On September 8, 2020, Rhea Chakraborty got arrested by the Narcotic Central Bureau (NCB) in the Sushant Singh Rajput's death case. According to a report in Zee News, during the investigation, Rhea had told the NCB that she used to smoke drug-filled cigarettes with her late boyfriend, Sushant Singh Rajput. Rhea also claimed during interrogation that Sushant was consuming drugs since 2016.

After the news of Rhea Chakraborty's arrest came out, Sushant Singh Rajput's former girlfriend, Ankita Lokhande rejoiced it. She took to her Instagram handle and shared a 'Karma' message. She posted a picture, which can be read as "Nothing happens by chance, by fate. You create your own fate by your actions. That's Karma." Alongside it, she wrote, "Justice". Check it out below: 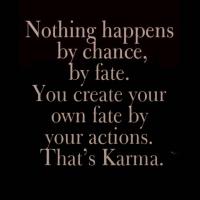 Sushant Singh Rajput's sister, Shweta Singh Kirti also took to her Instagram handle and shared the news of Rhea's arrest. She posted a picture of a news channel that reported Rhea got arrested. Along with it, she wrote, "#GodIsWithUs." To this, Ankita commented, "Di", with a lot of heart emojis. (Also Read: Rhea Chakarborty Has Been Arrested By NCB After Her Allegation That Sushant Forced Her To Take Drugs)

Earlier, in an interview with Republic TV, Ankita had revealed why she had not attended her former-boyfriend, Sushant's funeral. She had shared that she had gotten up from a phone call of a journalist, who had informed her about his death, "I was sleeping, and I just got up with some reporter's call. Usually, I don't take unknown numbers. I picked up the call, and this reporter said, ''Ankita, Sushant has committed suicide!'' And I was finished. It was something that.you don't expect something like this." (Don't Miss: Dia Mirza Finds Love In A Businessman After Split With Hubby, Sahil, Is Said To Be Living With Him)

Well, we love the way Ankita has been supporting SSR's family and fans! 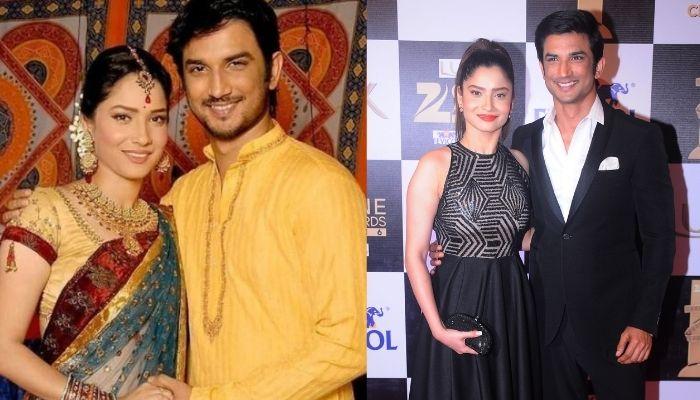 Sushant Singh Rajput’s sudden death on June 14, 2020 had left the entire nation in an utter disbelief. The nation is still demanding justice for Sushant and this battle had been lead from the front by Sushant’s family and his ex-girlfriend, Ankita Lokhande. Ankita has been expressing herself on every