MTV Roadies 8 and Bigg Boss 8 contestant, Renee Dhyani opens up about battle with depression and has revealed that she feels blessed to have a supportive family throughout this bad phase of her life. Depression- something that even today people don’t feel comfortable talking about. This 'so-called' weakness is a crippling disorder that gnaws into an individual and eats away their happiness. And it is as consuming as any other physical sickness. Thankfully, some celebrities have come out in open and discussed their depression tales to the world with humility, grace and courage. From Deepika Padukone, Anushka Sharma, Manisha Koirala to Karan Johar, Shah Rukh Khan, Hrithik Roshan, amongst others, who decided to discuss their struggle with depression to create awareness and made an effort to normalise the matter. (Also Read: Parth Samthaan's Alleged GF Erica Fernandes Unfollows Her Rumoured Ex Shaheer Sheikh On Social Media)

The latest addition to this list is MTV Roadies 8 and Bigg Boss 8 contestant, Renee Dhyani. Sometime back, Renee was in the news when she had shared a disturbing encounter with a co-star at a party. Revealing the incident to the Hindustan Times, Renee had said, "We all got drunk and were dancing. This guy [a leading male TV actor whose name Renee does not wish to disclose in print] was so high, he started posing and yelling in front of my face, 'choos choos' (suck). For one second, I was like 'what the h**l he is doing, pointing at his crotch'. The director of the show said 'Renee don't react'. I said I will not leave him like this. How dare he say a word like this in front of his girlfriend. Even his bhabhi (sister-in-law) was present. Everybody asked me to shut up. I was so hyper, and told him, 'Ask your girlfriend (to do this)'." 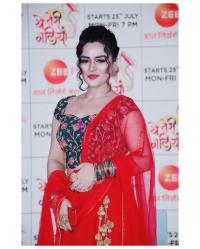 And now, Renee Dhyani has opened up about her battle with depression and has revealed that she feels blessed to have a supportive family throughout this bad phase of her life. In an interview to Dainik Bhaskar, Renee shared that for almost a year after her relationship with Kasam - Tere Pyaar Ki co-actor, Lalit Bisht hit an all-time low, she had been battling with depression. The Yeh Teri Galiyaan actress said, “Initially, I couldn’t understand what was happening to me. I would suddenly break into tears, throw things around and yell. I was not mentally healthy and was also harming myself.” 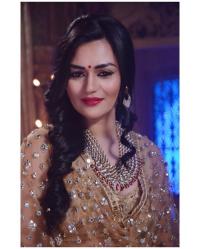 Opening up about her facial paralysis, Renee Dhyani stated, “I have been battling depression since a year now. It also led to facial paralysis. The left side of my face was affected and I lost confidence. For an actor, her face is the tool of expression. I would cover my left profile with my hair and stopped attending events. I also started avoiding scenes where I had to shout. I was constantly doing rounds of hospitals and was even admitted several times. The team of the show would call doctors, who would give me injections and I would be able to shoot only after that. I was also dealing with hypertension syndrome and PCOD. In fact, there have been times when I had to call a doctor at home in the middle of the night to attend to my health woes. My team was considerate enough to let me take it easy. I haven’t recovered completely, as I still experience twitching on my face while talking.” (Also Read: Anushka Sharma Shoots Her Hubby, Virat Kohli With A Laser Tag And His Reaction Is Unmissable [VIDEO]) 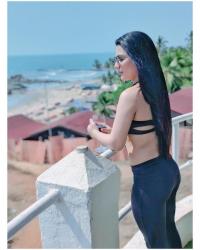 Renee Dhyani further revealed that her flailing relationship triggered an emotional upheaval, which resulted in the multiple health issues. Finally, when she had decided to get a grip on herself, she called it quits with her beau. She was quoted as saying, “I come across as this fiery and feisty girl, who won’t take anything lying low. But I experienced a lot of pain because of my relationship. Lalit and I have known each other since our Delhi days and both of us are pahadis. We were friends and started dating while working on 'Kasam'. His career did not shape up according to his expectations and I would always blame myself for it. He would also blame me during our fights. I started having severe mood swings, and would start crying without a reason during the shoot. He never visited me when I was hospitalised. In fact, he was so self-centered that he didn’t even want to know what was happening in my life. I guess, he needed space and I had to take care of myself.” 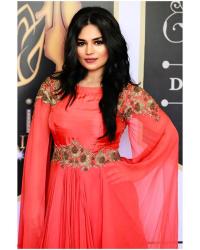 Recalling how and when she spoke to her family, Renee Dhyani expressed, “I opened up to my sister, who told me to address the issue. But what changed my life for the better was my mother’s advice — she told me to not let anything harm me. That’s when I decided to take charge of my life, and consulted a counsellor. I also ended my relationship around three months ago, to retain my sanity.” (Also Read: Surveen Chawla Calls Mother-In-Law A 'Big Blessing' For Being Her Backbone During Pregnancy Phase) 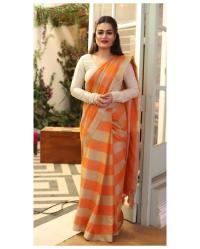 We wish Renee Dhyani love and success in life!