Ramanand Sagar's Ramayan was the most popular mythological show of that time. Let's take a look at the show's pivotal characters and their real-life family.

35 years ago, when Doordarshan aired Ramanand Sagar’s Ramayan, it changed the face of Indian television. The show became so popular that it was extended thrice to a total of 78 episodes instead of 52 episodes. Made on a budget of Rs. 9 lakh per episode, it was the most expensive show produced at that time. However, Ramayan’s huge popularity reportedly got Doordarshan Rs. 40 lakh per episode.

With a viewership of 650 million, Ramayan was telecasted in 55 different countries. The show had such an impact on the viewers that each and every character of the show, became an overnight sensation. Dipika Chikhlia, who was just 15, when she played the role of 'Sita', was worshipped wherever she went. Not just this, Arun Govil, who portrayed the role of Lord Ram got so much love and admiration that he had to give up smoking in public.

Arvind Trivedi, Who Portrayed Evil 'Raavan' In 'Ramayan' Died At 82, Sunil Lahiri And Others Mourn The series had not just earned its place in the Limca Book of Records as the world's most-watched mythological series, but each and every character of it had earned a special place in everyone's heart. Let’s take a look at the real-life partners and family members of the cast of this cult show. Actor Arun Govil, who played the role of Shri Ram is married to veteran actress, Sreelekha Govil. Sreelekha made her acting debut in the film Himmatvar opposite Dharmendra. Before entering Bollywood, Sreelekha worked as a textile designer. Arun Govil and Sreelekha Govil are proud parents of a son, Amal Govil and a daughter, Sonika Govil. Dipika Chikhlia portrayed the character of Sita in the show and attained huge stardom for the same. She is married to businessman, Hemant Topiwala, owner of Shingar Bindi and Tips and Toes cosmetics. Dipika and Hemant are blessed with two daughters, Nidhi Topiwala and Juhi Topiwala. 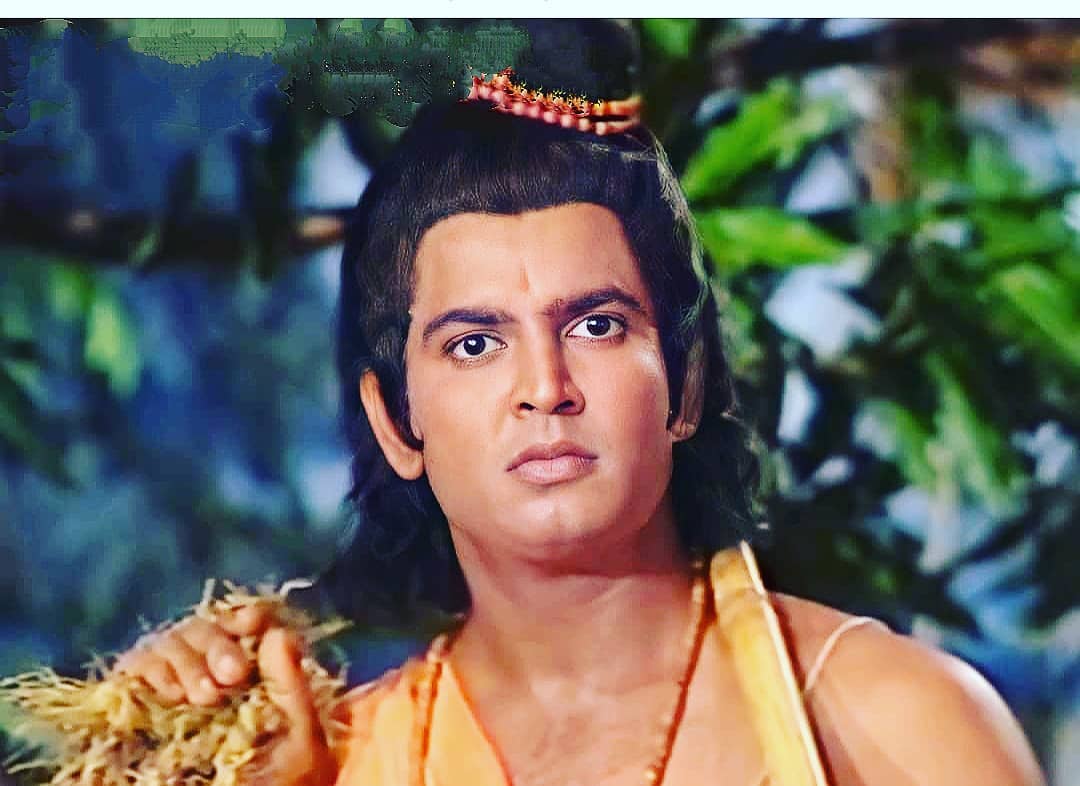 Sunil Lahri is best known for portraying the role of Lakshman in the show, Ramayan. He made his acting debut with the film, The Naxalites in 1980. He was also seen in various other movies and shows. On the personal front, Sunil got married twice. His first wife’s name is Radha Sen, and his second wife’s name is Bharti Pathak. Sunil and Bharti have a son named, Krish Pathak and a daughter named Gauri Pathak. 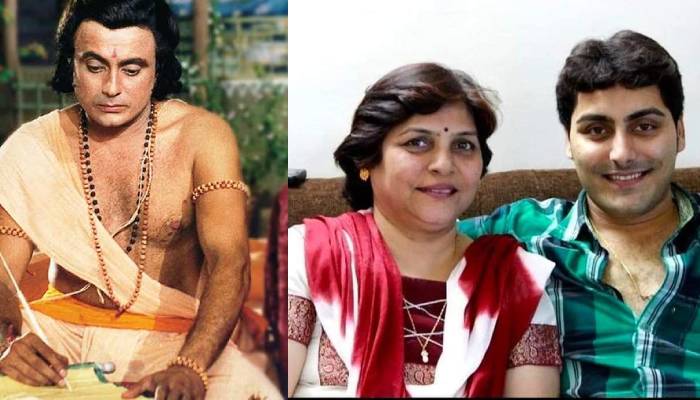 Sanjay Jog, who played the role of Bharat in the show was one of the popular names in the Marathi film industry. He has many Marathi, Gujarati as well as Hindi films to his credit. It was in 1995 when the actor passed away at the age of 40. Sanjay was married to a lawyer, Neeta, and the couple was blessed with two children, Ranjeet and Natasha. Just like his father, Ranjeet too had opted for a career in acting and has worked in many Marathi films. 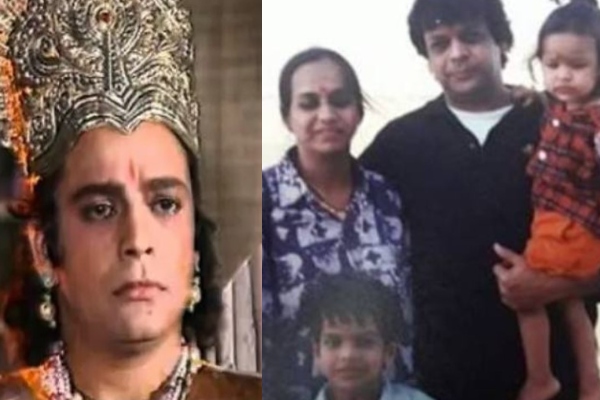 Sameer Rajda, who portrayed the character of Shatrughna in Ramayan is the son of writer, actor and director, Mulraj Rajda and actress, Indumati Rajda. Apart from Ramayan, he was also seen in the mythological serial, Mahabharat, Vikram Aur Betaal, Hamari Devrni and many others. His wife’s name is Shweta Rajda, and the couple has a son and a daughter. 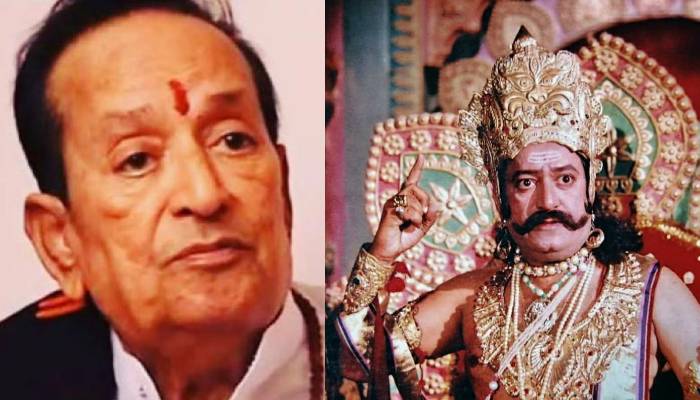 A prolific actor in Gujarati cinema, Arvind Trivedi gained worldwide recognition for portraying the character of Raavan in Ramanand Sagar’s Ramayan. He was also elected to the Lok Sabha from Gujarat as a member of the Bharatiya Janata Party. His wife’s name is Nalini Trivedi, who too was an actress. The couple who got married in 1966 are parents to three daughters. On October 6, 2021, the veteran actor passed away. 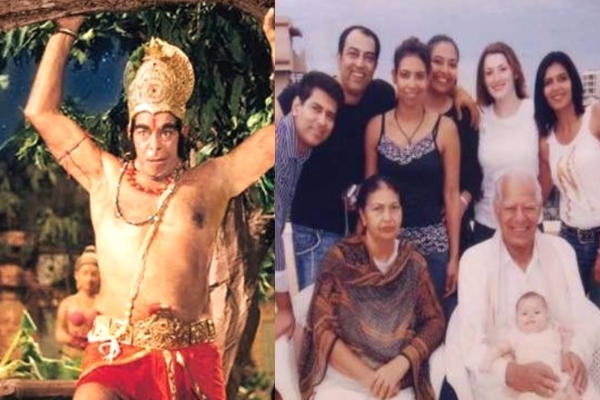 Born in a Jat Sikh family, Dara Singh was one of the most famous wrestlers of his generation. He was seen in many Bollywood movies and was best remembered for his role as Hanuman in Ramayan. Talking about his personal life, Dara Singh first married at the age of 14 to Bachno Kaur and had also become a father when he was a minor. However, after ten years of marriage, the two parted ways. Later, in the year 1961, Dara Singh married Surjit Kaur for the second time. The two had three sons and three daughters. Actor, Vindu Dara Singh is his son. In 2012, Dara Singh bid adieu to the world. The one who had turned the tables of Ramayan by sending Lord Ram for 14 saal ka vanvaas, Lalita Pawar as Manthara was one of the strongest characters of the show. She was seen in many iconic Bollywood films like Shri 420, Dahej, Netaji Palka, Anari and many more. In the mid-1930s, Lalita Pawar tied the knot with the filmmaker, Ganpatrao Pawar. Later, she got to know about her husband’s extra-marital affair with her sister, because of which she ended her marriage with him. The actress later married another filmmaker, Raj Kumar Gupta, and together they have a kid, named Jai, who is a film producer. The versatile actress breathed her last in 1998 after battling mouth cancer. 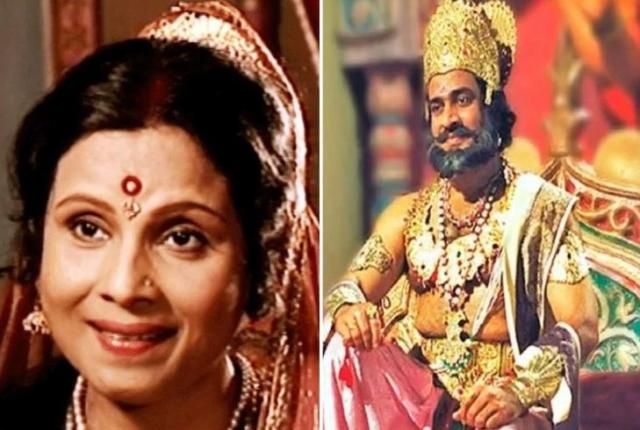 Apart from Lord Ram and Sita, another pair, who received a lot of love from the audience was King Dashrath and his queen, Kaushalya. But do you know that the actor, who portrayed the characters of Dashrath and Kaushalya on-screen were husband and wife in real life? Bal Dhuri is a popular Marathi actor, who was also seen in many Bollywood films. On the other hand, his wife, Jayshree Gadkar was also a renowned Marathi actress. Hindi and Bhojpuri actress, Padma Khanna is most remembered for her role in the film, Saudagar along with Amitabh Bachchan. She portrayed the role of Queen Kaikeyi in Ramanand Sagar’s Ramayan. She was married to the late film director, Jagdish L. Sidana. Padma is currently in the US, where she has opened a Kathak academy, which she is running with the help of her kids, Akshar Sidana and Neha Sidana. 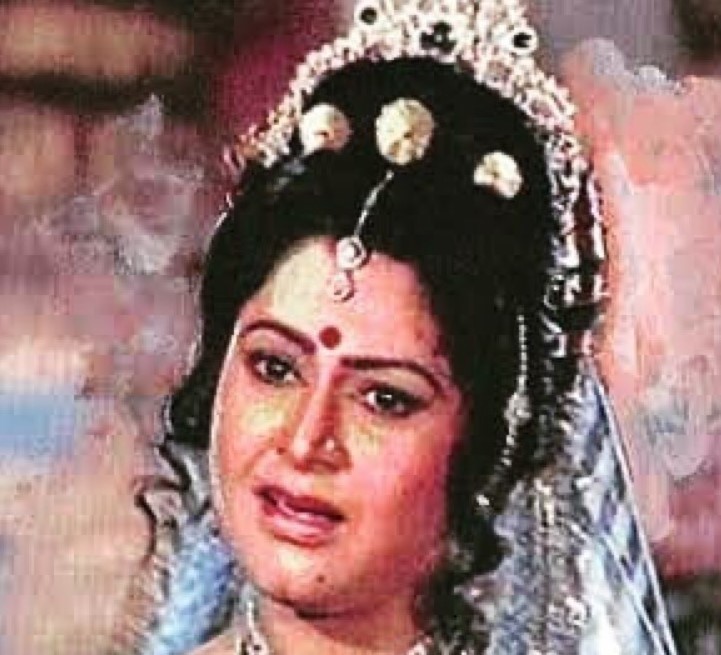 Rajni Bala was a prominent Hindi cinema actress, who mostly appeared in side roles in the movies of the 60s and 70s. She has acted in a number of super hit movies of her time with Dilip Kumar, Dev Anand and other prominent actors. There is no information available related to her personal life. Vijay Arora was one of the popular names in the Hindi Film industry, who was best known for his film, Yaadon Ki Baaraat, opposite Zeenat Aman. Vijay played the role of Meghnad in the mythological serial, Ramayan. He was married to ex-model and Miss India, Dilber Debara. They have a son named, Farhad Vijay Arora, who is currently producing and directing music videos and ads. In 2007, Vijay bid adieu to the world. Mukesh Rawal was a prolific actor in the Gujarati film industry. He was best known for his role as Vibhishan in the epic serial Ramayan and had also acted in a number of serials like Hasratein, Kohi Apna Sa and many more. Mukesh’s wife’s name is Sarla Rawal, and their daughters, Arya Rawal and Vipra Rawal are also television actresses. Mulraj Rajda was predominantly known for his work in Hindi and Gujarati films, television and theatre. Regarded as one of the finest actors of Gujarati cinema, Mulraj was loved by the audience for his work as Janak in the serial, Ramayan. Talking about his personal life, he was married to actress, Indumati, who was seen in shows like Khichdi and Sarabhai VS Sarabhai. The couple has 3 children, and their son, Sameer Rajda is an actor and also played the role of Shatrughan in Ramayan. 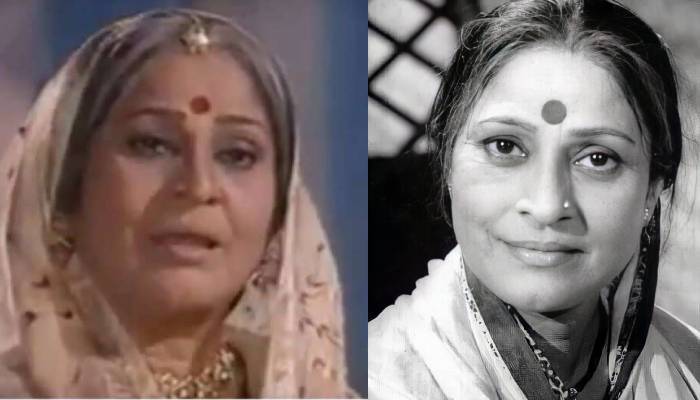 Urmila Bhatt, who had played the role of Sita’s mother, Maharani Sunaina in the show, had more than 75 Gujarati films to her credit. She had played many roles in Hindi cinema for over two decades. Talking about her personal life, she was married to Gujarati theatre actor, Markand Bhatt. They had two sons and a daughter. The actress passed away in 1997.

These were some of the renowned names, who played pivotal roles in Ramanand Sagar’s show, Ramayan and made the audience hooked to the television screens with their tremendous performances. Who is your favourite among them? Let us know.

Arvind Trivedi, Who Portrayed Evil 'Raavan' In 'Ramayan' Died At 82, Sunil Lahiri And Others Mourn