Rupali Ganguly, Hina Khan and other actresses have taken the telly world by storm not just with their stellar performances but also because of their hefty salaries. Check out!

Over the years, we have seen many actresses address the pay disparity in the glamour world. We have seen actors charging a bomb for a film, whereas actresses were not even given an amount inch closer to that. However, with time, the situation has been changing as now, there are actresses across the world, who charge more than the actors in showbiz. These actresses have become a torchbearer for generations to come. This era is no more about male actors earning more as everyone is paid according to their due talent.

Being a part of a TV show is a rigorous job as the episodes go on-air on a daily basis and being in the lead role, you cannot afford to take your job lightly. Odd shoot timings and wrapping up the schedules on time often take a toll on anyone. These actresses become a household name with their stellar performances in popular shows and more often are recalled by their fans with their character’s name. Thus, it all justifies when they charge a bomb for a day of the shoot. From Anupamaa show’s Rupali Ganguly to Yeh Rishta Kya Kehlata Hai fame, Hina Khan, here are the 7 highest-paid actresses of the television industry. 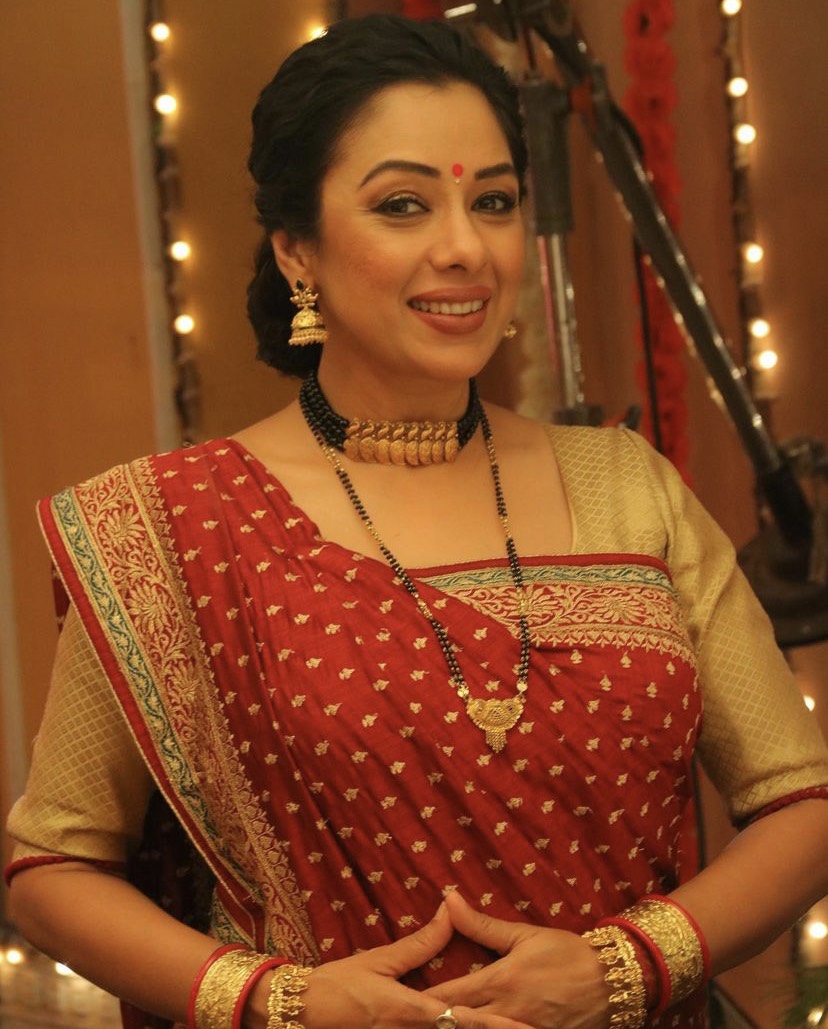 From ‘Monisha Sarabhai’ of Sarabhai Vs Sarabhai to playing the titular character in the popular daily soap, Anupamaa, Rupali Ganguly has come a long way. Rupali had taken a 7 years break before returning to the screen with the show, Anupamaa and it became a huge hit, making her the highest-paid actress of recent times. According to a report in Bollywood Life, Rupali Ganguly had started off with a fee of Rs. 1.5 lakh per day, and now, she charges Rs. 3 lakh per day. The portal quoted its source as:

“Rupali Ganguly started off with a fee of Rs 1.5 lakh per day. It was in the high bracket but then she is a senior actress. Now, she is commanding Rs three lakh per day. She is now the highest-paid actress on Indian TV. Rupali Ganguly has beaten many popular younger names in the business.” Hina Khan had started her acting career with the popular show, Yeh Rishta Kya Kehlata Hai. Her character, ‘Akshara’, had become an instant hit among the masses. Later, in 2017, she had participated in Bigg Boss 11 and had become the first runner up. She had also participated in Khatron Ke Khiladi 8 and had emerged as the first runner-up. Hina had also played the popular character of Komolika on Kasautii Zindagii Kay. She has been a part of many OTT shows. According to Bollywood Life, Hina had started her career, earning Rs. 80,000 to Rs. 1 lakh, and now, she reportedly takes up to Rs. 2 lakh per episode.

Recommended Read: Dia Mirza, Neha Dhupia And 8 Other Celebs, Who Got Massively Trolled For Announcing Their Pregnancy 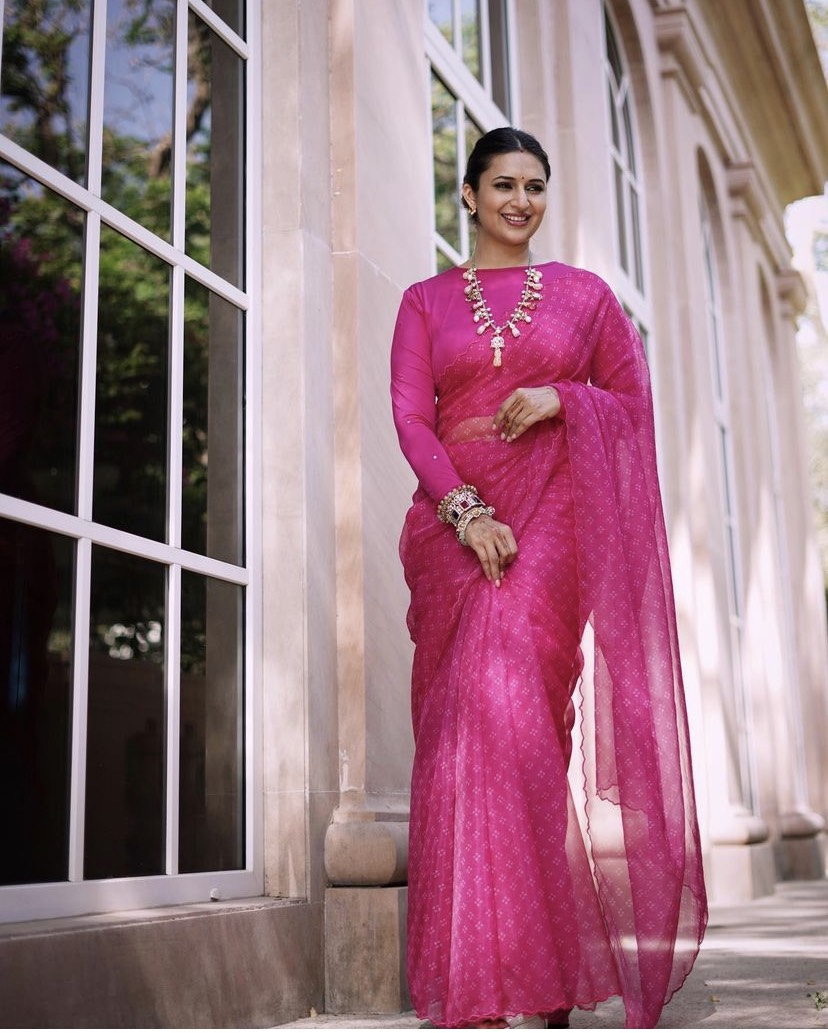 Divyanka Tripathi had started her acting career with a TV show for Doordarshan. However, her shot to fame and nationwide recognition was through her show, Banoo Main Teri Dulhann. Later, she had ruled everyone’s heart with her character, ‘Dr Ishita Bhalla’ in the show, Yeh Hai Mohabbatein. She had participated in the dance reality show, Nach Baliye 8, with her husband, Vivek Dahiya, and had emerged as the first runner-up in Khatron Ke Khiladi 11. As per a report in Bollywood Life, Divyanka earns between Rs. 1 lakh to Rs. 1.5 lakh per episode. 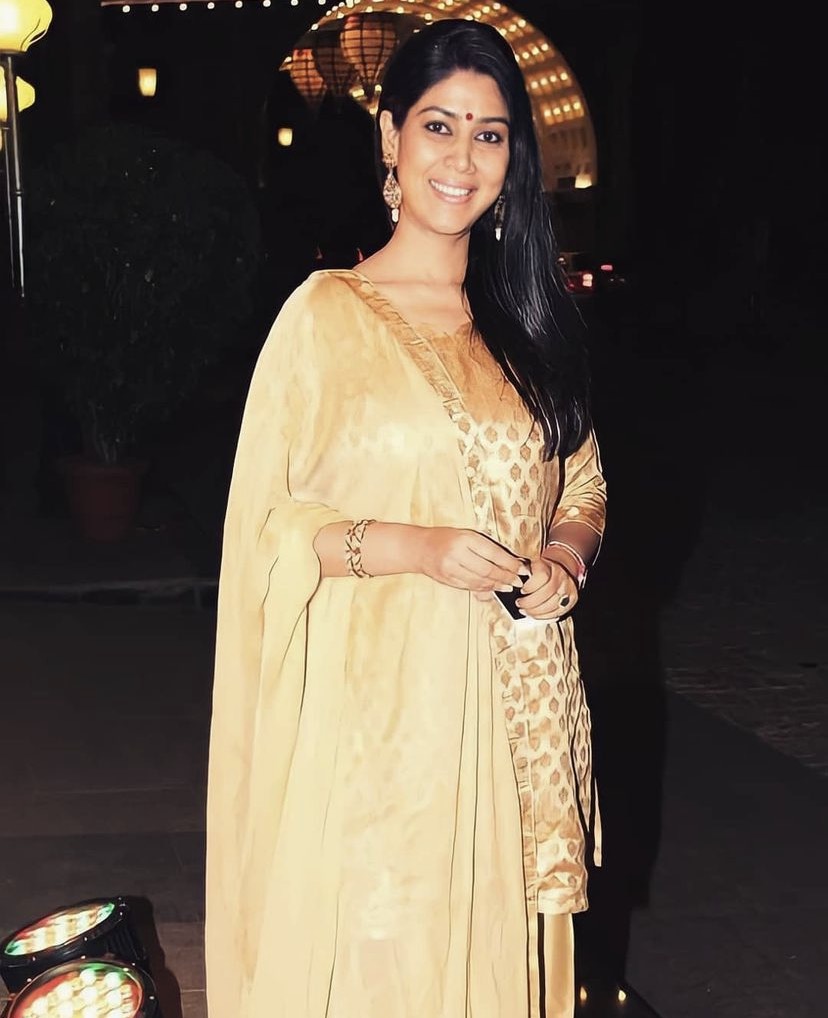 Sakshi Tanwar had made her television debut in 1998 with the show, Albela Sur Mela. However, she had gained fame for her character, ‘Parvati Agarwal’ in the show, Kahaani Ghar Ghar Kii. She has been a part of famous shows like Bade Achhe Lagte Hain and in the film, Dangal and is a critically acclaimed actress. According to various reports, Sakshi Tanwar charges around Rs. 1.25 lakh per episode. Jennifer Winget has been working in the glamour world since her childhood. At the age of 12, she had worked in the film, Raja Ko Rani Se Pyar Ho Gaya as a child artist. She had also played the character of ‘Piya’ in the famous show, Shaka Laka Boom Boom. Later, she went on to play ‘Sneha’ in Kasautii Zindagii Kay, and ‘Riddhima Gupta’ in Dill Mill Gayye. However, her character, ‘Maya Mehrotra’ in the show, Beyhadh (2016) is etched in the minds of the audience. Jennifer has given some strong performances over the years and reportedly charges Rs. 1 lakh per episode. 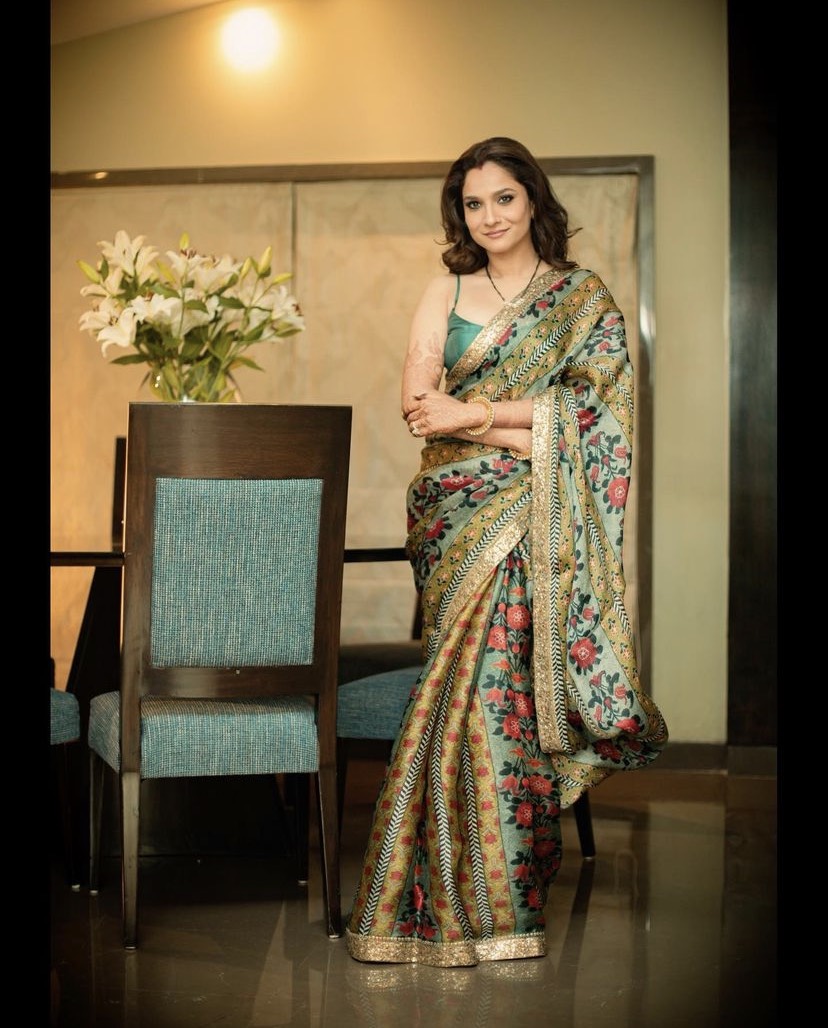 Ankita Lokhande had participated in the reality show, India’s Cinestar Ki Khoj in 2004, showcasing her acting talent. Later, she went on to become ‘Archana’ in the popular daily soap, Pavitra Rishta, which had made her a household name. She has been a part of reality shows like Jhalak Dikhhla Jaa and Comedy Circus. In 2018, she had made her Bollywood debut with Kangana Ranaut’s film, Manikarnika: The Queen of Jhansi. The actress is currently working on the show, Pavitra Rishta 2, and reportedly earns Rs. 90,000 to 95,000 per episode. 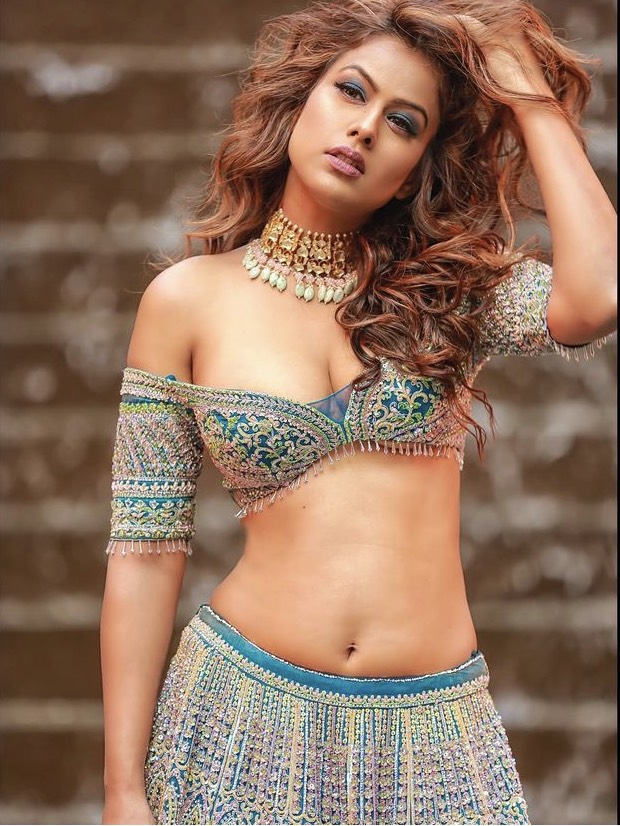 Nia Sharma has become a social media sensation of late. Neha Sharma a.k.a., Nia Sharma was a journalism student, who had entered the glamour world 11 years back. She had become a household name with her power pact performance in the show, Ek Hazaaron Mein Meri Behna Hai. However, she had made her television debut with the show, Kaali - Ek Agnipariksha in 2010. Nia was ranked third and second in the Top 50 Sexiest Asian Women List by British-based Eastern Eye newspaper in 2016 and 2017, respectively. 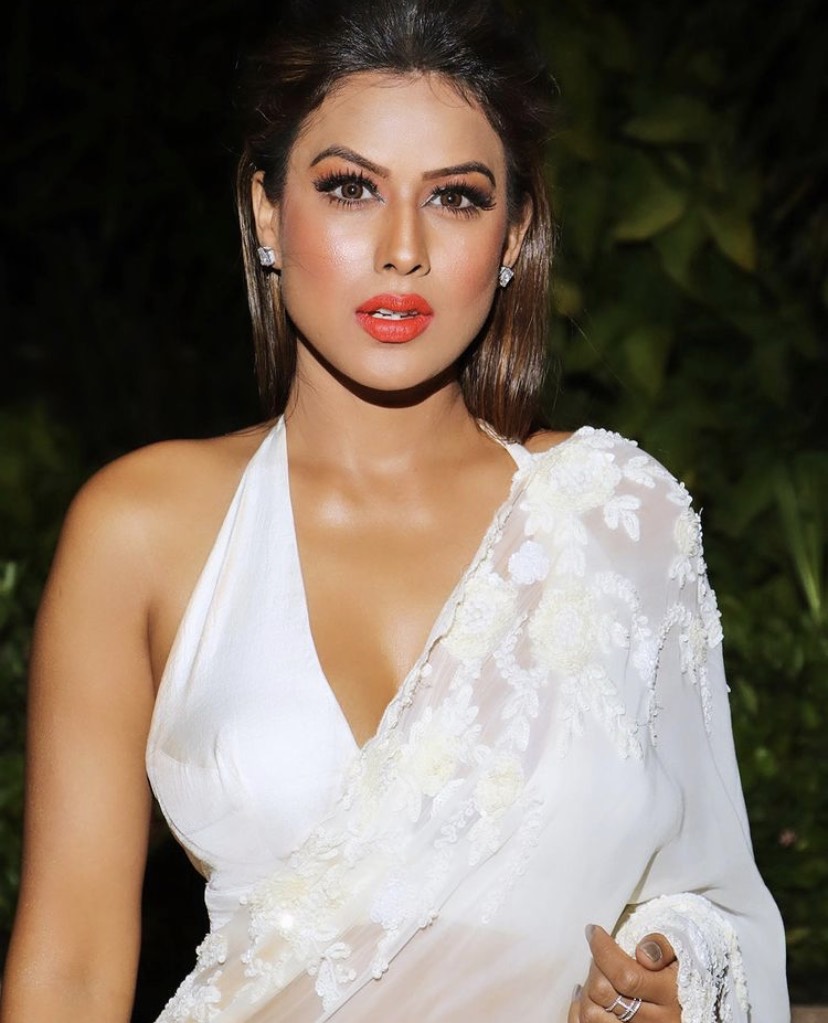 Nia has been a part of many famous shows like Jamai Raja and Ishq Mein Marjawan. She has also been a part of Khatron Ke Khiladi in 2017 and has worked in web shows like Twisted. According to reports, Nia charges Rs. 75,000 to Rs. 80,000 per episode.

Well, these actresses have surely set some high standards in the glamour world with their power pact performances. They totally deserve to bag these hefty salaries for the outstanding work they do onscreen.

Next Read: Kangana Ranaut Net Worth: From Luxury Bungalows, Clothing Line, To Her Elite Collection Of Supercars