When Asha Bhosale revealed her late husband, RD Burman used to send her flowers anonymously for some years and the way he was caught. Find out! 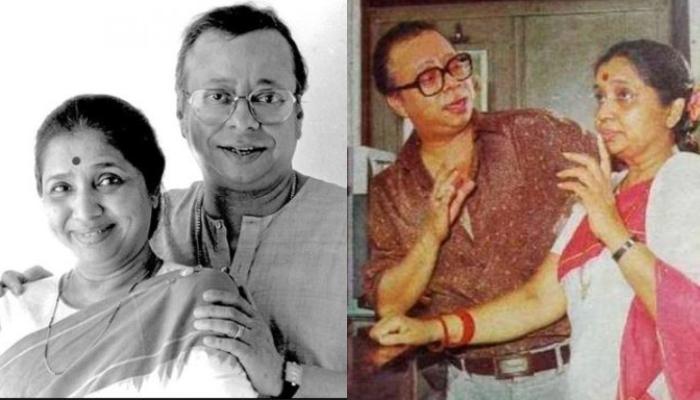 It was an ordinary Tuesday for all the Indians on January 4, 1994, until a piece of heartbreaking news from the city of dreams, Mumbai had shocked the entire nation and particularly Bollywood music industry. The news was about the untimely demise of one of the greatest music directors in this nation's history, Rahul Dev Burman a.k.a. RD Burman. The legendary singer, who had composed musical scores for almost 331 films in his illustrious career had left for the heavenly abode forever, leaving an unbeaten and unparalleled legacy behind him. From giving an utterly different soulfulness to the folk tunes to experimenting with Western music, he was undoubtedly a man 50 years ahead of his time. (Recommended Read: When Nargis Said 'Meena Kumari Maut Mubarak Ho', Revealed She Was Beaten By Her Husband Kamal Amrohi)

Every year on January 4, the whole nation stands together to cherish all the memories of one of their most beloved, talented, and super-humble music directors of all-time. While RD Burman had achieved everything that's there to succeed, it was his sweet tale of love with his second wife and legendary singer, Asha Bhosale that melts our hearts time and again. Over the years, we have seen Asha ji revealing a lot of hilarious, romantic, and unheard incidents from her glorious time with her late husband, RD Burman. However, there's one famous incident that is still unknown to a lot of people out there and needs to be known by you, if you're a fan of Pancham Da and true unconditional love. Scroll down to know it all!

In an interview with The Quint, Asha Bhosale had talked about her late husband, RD Burman's journey as a singer in the music industry. The doting wifey had also revealed that he was a funny man and always used to keep people in splits around him. When Asha ji was asked to recall an incident that defines the kind of lover Burman ji was, the veteran singer had revealed that her husband used to send her flowers anonymously for many years. Asha ji had stated, "Once he scared the daylights out of me by wearing an Afro-wig in the dark. He'd mimic everyone, including me. For years, he'd send me flowers anonymously." When asked when she had caught him, Asha ji had revealed, "One day, the roses were delivered in the presence of Majrooh saab and Pancham. I said, "Throw them away. Some fool keeps wasting his roses on me." Pancham's face fell. That's when Majrooh saab laughed, "It's this fool who's been sending you the roses"." (Don't Miss: When Rishi Kapoor Dressed Like A Girl And Kissed Neetu Singh On The Sets Of Their Film Rafoo Chakkar)

Going further in the same interview, Asha ji had opened-up about some of her most memorable outings with Burman ji and had revealed the truth behind the composition of the iconic song, Khullam Khulla Pyaar Karenge Hum Dono of the movie, Khel Khel Mein. The singer had said, "We'd take off for drives to Khandala, he'd curl up his left foot on the seat, keep a lit cigarette between the fingers of his left hand and drum a beat on the car's roof. That's how he had composed the tune of Khullam khulla pyaar karenge hum dono. On rainy nights in a rundown hotel in Khandala, he'd record the sound of crickets. He loved natural sounds."

The doting wifey, Asha ji never skips a chance to shower her immense love, admiration, and respect on her late husband and glimpses of the same we witness time and again on her social media handles. For instance, on RD Burman's 81st birth anniversary, i.e., June 27, 2020, Asha ji had taken to her Instagram handle and had shared two posts for him. In the first post, Asha Bhosale had posted a monochrome picture along with a small note that could be read as "June 27 is Shri Rahul Dev Burmans 81st birth anniversary and in his memory and as a tribute to his musical genius, I shall speak about one of the most iconic songs that have made him eternal." The second post also consisted of a cute black-and-white photo, and the couple had looked perfect in it. Along with this photo, Asha Bhosale had informed her fans about the premiere of her show, where she will talk about her married life with RD Burman, and it could be read as "Come and join me https://youtu.be/o_Uq7J-miHk for the Premier of the first episode Asha Bhosle - Moments in Time today at 11 AM on YouTube." (Also Read: 7 Celebrity Couples Who Are Likely To Tie The Knot And Begin A New Chapter Of Their Life In 2021)

You'll always be in our memories and hearts, RD Burman ji!