The year 2020 will always be remembered for its uncertainties. As we bid adieu to 2020, lets take a look at the possible weddings in the glamour world in the year 2021. 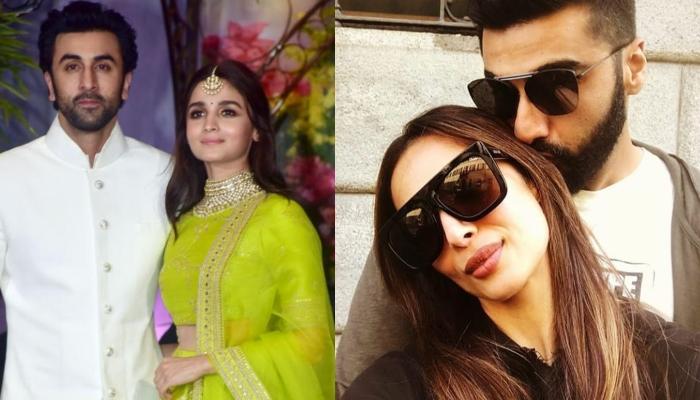 The year 2020 might have been quite manhoos for many celeb couples, who were all set to take their relationship to the next level and begin their happily ever after. With the global pandemic hitting the world, every grand event and festival turned into a low-key affair. With masked faces and social distancing, we spent the entire year inside the four walls of our home. Many of the much-awaited celebrity weddings too were postponed due to the pandemic.

(Recommended Read: This Is How Famous Bollywood Celebrities Welcomed The Year 2020 Before The Pandemic Hit Us)

The year 2020 had begun with a bang when the entire world had witnessed the dreamy wedding of Kapoor khandaan’s chirag, Armaan Jain with his ladylove, Anissa Malhotra on February 3, 2020. But with COVID-19 hitting the world, the much-awaited celeb weddings were postponed to 2021. Although some celebs got hitched amidst the pandemic, keeping the event a low-key affair. Gauahar Khan-Zaid Darbar, Yuzvendra Chahal-Dhanashree Verma, Neha Kakkar-Rohanpreet Singh, Kajal Aggarwal-Gautam Kitchlu, Rana Daggubati-Miheeka Bajaj, Aditya Narayan-Shweta Aggarwal, Niti Taylor-Parikshit Bawa, Manish Raisinghan-Sangeita Chauhaan, Sana Khan-Anas Sayed, Puja Banerjee-Kunal Verma are some celebs, who started their happily ever after in the year 2020. Now, as we are all set to enter new year, here are some celebs, who are likely to tie the knot in 2021.

When Ranbir Kapoor and Alia Bhatt had made an entry at Sonam Kapoor Ahuja’s wedding in 2018, their fans couldn’t be happier. Since then, the reports about their marriage had been doing the rounds. From their wedding card going viral to the rumours of Alia being a Sabyasachi bride, the conjectures about this lovely couple’s wedding had always garnered attention. Earlier there were reports that Alia and Ranbir will get married in 2020 but COVID-19 and Rishi Kapoor’s death had postponed their wedding to 2021. In an interview with Rajeev Masand, Ranbir had revealed that if not for the pandemic, they would have gotten married in 2020.

Another couple, whose wedding rumours have always made it to the headlines is Varun Dhawan and Natasha Dalal. When it was reported that Varun Dhawan is in a steady relationship with his childhood sweetheart, Natasha Dalal, there have been reports of their wedding. From rumours of an intimate roka ceremony to a possible wedding in March 2020, Varun and Natasha’s fans are eagerly waiting to see them to take their relationship to the next level. On Karwa Chauth 2020, Natasha was spotted at Sunita Kapoor’s Karwa Chauth party. The gorgeous girl had arrived at the party with her soon-to-be mother-in-law, Karuna Dhawan.

The head-over-heels in love couple, Richa Chadha and Ali Fazal were all set to tie the knot in April 2020. It was reported that Ali and Richa were all set to host a grand wedding celebration with their family and friends in three cities – Lucknow, Delhi, and Mumbai. But due to COVID-19, the couple had to cancel all their plans. In an interview with the Mumbai Mirror, Ali revealed that they might tie the knot in early 2021.

Farhan Akhtar and Shibani Dandekar are one of the most sought-after couples of Bollywood. The two have been giving major relationship goals with their several appearances together either on the red carpets or their romantic outings. As per a Filmfare report, it was earlier speculated that the two are meeting wedding planners. According to the reports of SpotboyE, the two were planning to tie the knot in either February or March 2020, but seems like the pandemic has spoilt their plans. Although the duo has not revealed any details about their wedding, we are eager to see the two pronounce each other husband and wife in 2021.

The stunning couple Malaika Arora and Arjun Kapoor has been painting the town red with their love and their fans are anxiously waiting for them to walk down the aisle. In an interview with The Times Of India, Malaika had talked about her marriage and had revealed that she is planning to expand her business and as far as marriage is concerned, it can’t be predicted. But with so much love in the air, you never know whether they would take their relationship to the next level in 2021.

(Must Read: 10 Huge Bollywood Controversies Of 2020 That Shocked Not Just The Industry But The Nation Too)

When Sushmita Sen had introduced her boyfriend, Rohman Shawl, we couldn’t hold our excitement. From vacations to festivals, the gorgeous diva has been sharing glimpses of how happy they are as a family of four, including her two kids, Renee and Alisah. Sushmita and Rohman’s wedding rumours have been creating a stir in the media. According to the reports of DNA, the duo had discussed about their marriage with their respective families and were planning to tie the knot in 2020. But now, we are hoping to see them as husband and wife in 2021.

The conjectures of Shraddha Kapoor dating her childhood friend and ace celebrity photographer, Rohan Shrestha have been floating in the air for quite some time. Some time ago, in an interview with The Times Of India, Sharddha was quizzed about her marriage prospects with alleged beau, Rohan. To which, Shraddha had responded by saying that she is too occupied with her professional commitments to even think about marriage. But there have been reports about the two looking forward to walking the aisle in 2021.

With the global pandemic hitting us badly and ruining our important events and festival, it has also taught us many important lessons. 2020 made us realize that uncertainties are part of our lives and we have the capability to face anything. Let’s be hopeful for 2021! Here’s wishing a happy new year to everyone! 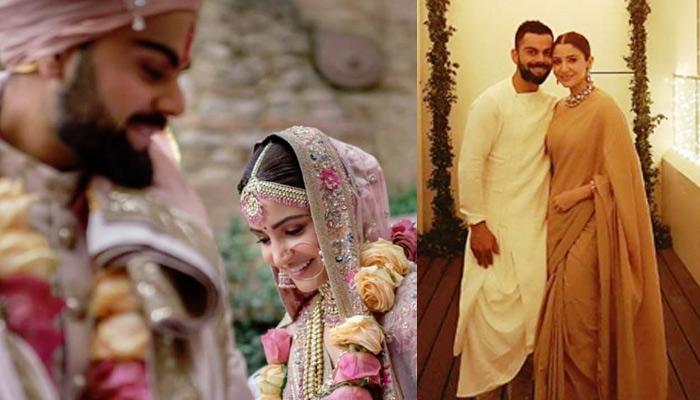 Anushka Sharma and Virat Kohli gave a pleasant surprise to everyone and put a stamp on their wedding rumours when they tied the knot secretly in Italy. It was on December 11, 2017, that the union of these beautiful souls happened and then, Virat and Anushka legally became mister and