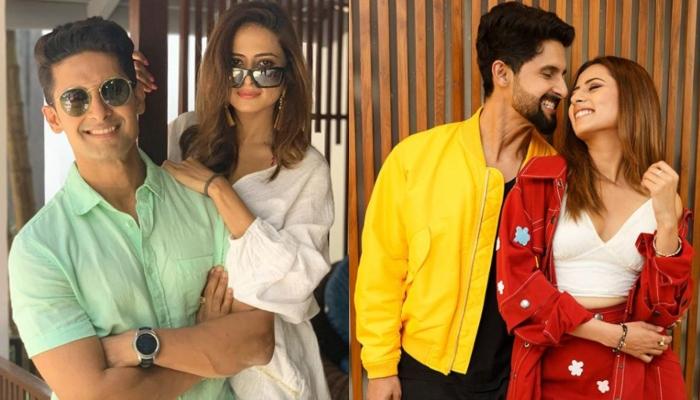 When it comes to relationship, every couple figures out a way to keep their partner happy and there's no one-shoe-fits-all rulebook for a long-lasting relationship. Though relationships aren't rocket science but they aren't cakewalk either. Building a life together requires much more than love - a pinch of dedication, trust and being real. Saas Bina Sasural fame, Ravi Dubey gives an insight into his relationship with wife, Sargun Mehta and the secret to their long-lasting marriage. (Also Read: Rajkummar Rao Enjoys A Game Of Chess With Girlfriend, Patralekhaa, Shares A Snap Of Their Game)

Jamai Raja of the television industry, Ravi Dubey and Punjabi film industry star, Sargun Mehta had come a long way in their journey as a couple and are sheer #CoupleGoals. From being on-screen husband and wife in a serial, 12/24 Karol Bagh to real-life husband and wife, Ravi and Sargun are an exemplar of how pious love should be kept in the modern-day scenario of hookups and shallow relationships. It has been more than a decade of their relationship, and one look at Ravi and Sargun's social media feeds will make you wonder how they keep the romance in their relationship alive like a newbie couple in love! 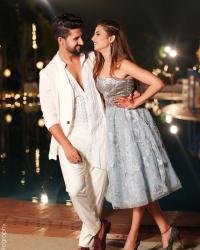 Answering that question, in an interview with IBTimes, Ravi Dubey revealed his secret to a long-lasting relationship. Speaking about the checklist in a relationship, Ravi said, "The intention is not to last long. The intention is to stay eternal. In society, there are a lot of checkboxes and parameters for a relationship, marriage ka sanity and marriage ko undermine kar diya hai (the society has taken the sanity of the relationship away). If the checkbox aren't met they say the relationship is toxic and beyond repair. When two different people come together and form a relationship they have a different mindset and are bound to think differently. Same thinking hoti toh bhai behen hote na, pati patnai hote."

Revealing what sustains a relationship, Ravi Dubey continued, "In every relationship, respect is important. When you at the final leg of your life what is left? Not the same ambition that you had when you met your partner for the first time, nor the charm, nor the physical attraction. What sustains is the companionship and the fact that you love spending time with each other." (Also Read: Sunny Leone's Mom-In-Law's Birthday Celebration With Grandkids, Nisha, Noah, Asher Is All About Love) 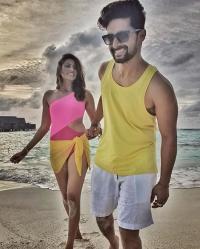 Ravi Dubey and Sargun Mehta had gotten married on December 07, 2013 and ever since, their fans have been looking forward to ‘an announcement’ from the couple as they move towards the ‘next phase’ in their lives. In a 2019 interview with BollywoodLife, Ravi had bared it all about the family planning and was quoted as saying, “No such plans at all. I think we are each other’s baby Dubey and baby Mehta. Since the beginning, ‘Choti and Badi,’ next January our courtship and marriage combined, I will complete ten years of knowing Sargun.” 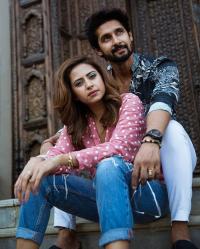 Ravi Dubey and Sargun Mehta had participated on Nach Baliye 5 and not only had they become the first runners-up, but the season was extremely special to them as the former had proposed to his ladylove on the show. Sargun had termed herself as a Jane Austen's heroine and Ravi as the most non-romantic person ever. So, proving the romantic hero in himself, Ravi had got down on his knees and had proposed Sargun with a solitaire ring on the Nach Baliye stage.

In an interview with IndiaForums, Ravi Dubey had elaborated on how he had pulled off the surprise for his ladylove, Sargun Mehta. He had said, "Finding the perfect ring for her was a task. Sargun was shell shocked. She had no clue about it. She was happy, dumbfounded, tongue tied. I will always remember her expression. I decided all this in a very limited span of time. First I arranged for Sargun's mom to come to Mumbai, who, in turn convinced her dad to also come along. Then I put them in a hotel. Arranging for all this with Sargun being around me 24x7 for the rehearsals wasn't easy as Sargun is extremely sharp. To pull it through was a task in itself." (Also Read: 'Diya Aur Baati Hum' Fame, Prachi Tehlan's Pre-Wedding Ceremonies Begin With Bhaat Ritual [Pictures])

What according to you is a hack to a long-lasting relationship?