'Diya Aur Baati Hum' fame, Prachi Tehlan is all set to embark on the next journey of her life and tie the knot with her businessman and wildlife conservationist beau, Rohit Saroha on August 7, 2020. It would be an understatement to say that the 2020 pandemic has altered the wedding plans. In fact, it has changed the face of weddings. From big-fat destination weddings with huge guest list to only 50 people allowed at the intimate celebration, the lockdown marriage restrictions have become the new trend and the couples are making the most of it in the most memorable way, ensuring the strict safety measures. Let's see how Diya Aur Baati Hum fame, Prachi Tehlan is planning her lockdown wedding with businessman beau, Rohit Saroha. (Also Read: Arpita Khan Sharma Twins With Her 8-Month-Old Daughter, Ayat Sharma In Florals On Her 31st Birthday)

Indian netball and basketball player, Prachi Tehlan had represented India in the 2010 Commonwealth Games as the captain of Indian Netball Team. Under Prachi's captaincy, the Indian team had won its first medal in 2011 South Asian Beach Games. Prachi had made her television debut in 2016 with the show, Diya Aur Baati Hum and had also featured in a Punjabi film, Arjan. As per Prachi, lack of opportunities for female players of netball and basketball in India was the reason she had put her sporting career on hold. 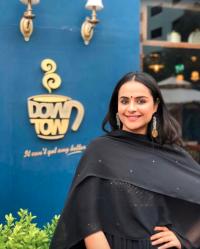 Prachi Tehlan is all set to embark on the next journey of her life and tie the knot with her businessman and wildlife conservationist beau, Rohit Saroha on August 7, 2020. The pre-wedding ceremonies had begun on August 4, 2020, as her Raksha Bandhan celebrations had doubled with the Bhaat function. Prachi had glowed in a mauve coloured outfit and had twinned with her nani for the Bhaat function. Sharing a picture with her nani, Prachi wrote, "Myself with my life! Whatever I am today in life.. as a person and as a professional.. I have got a lot of it from her .. my adorable lovable ‘Nani’ (my maternal Grandmother). It was a sheer coincidence that we wore similar Color outfit for this occasion." 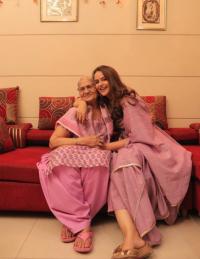 Revealing her look for the Bhaat ceremony and the significance of the function, Prachi Tehlan shared a solo picture and captioned it as "Today I celebrated #rakshabandhan with my entire family and also celebrated the first #shaadifunction which is called ‘Bhaat’. Wondering.... What is Bhaat? Bhaat, performed by the maternal uncle or Mama ji of the bride and groom ..is taken place at the wedding day or few days before the wedding ceremony. The brothers of the bride's and groom's mother are asked to stop outside the entrance of the main door on a pedestal (patta) as the ritual starts from there." Posting her special picture, Prachi wrote, "Family is literally everything ! They are the ones who stand by you in every thick and thin and can do anything to see a smile on your face. This is such a special picture for me!" (Also Read: Natasa Stankovic Flaunts Her Post-Pregnancy Transformation Five Days Post Delivering Son In A Selfie) 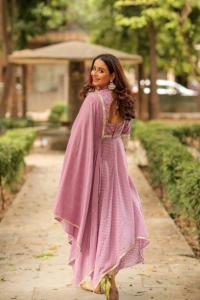 Prachi Tehlan and Rohit Saroha's wedding will take place at a farmhouse in Delhi, where social distancing will be maintained. Revealing more details on the same, Prachi, in an interview with India Today Television, said, "On August 2, we had Gauri Puja. On Raksha Bandhan, we did 'bhaat nyotna', which is a custom where we go to our maternal house with the invitation. Due to the novel coronavirus pandemic, we are not keeping a destination wedding. Around 50 people will attend the wedding. Engagement and wedding, both will happen on August 7. Engagement will happen in the morning and wedding at night." 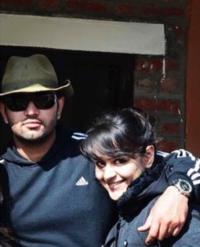 It was eight years ago when Prachi Tehlan and Rohit Saroha met for the first time at her cousin's wedding. Recalling how love blossomed between them and their roka ceremony, Prachi remarked, "We met at my cousin's wedding. He was from the girl's side. My bhabhi is his childhood friend. He saw me at the wedding for the first time and liked me. We started talking in 2012 but at that time we both were ambitious. We spoke for about three to four months but it didn't work out. We started talking again during the lockdown and everything felt just right. The old spark reignited in this lockdown. While talking to each other, we realised that the feelings we had then are still there and things started to fall in place. My parents went to his place to meet his parents. On July 4, the roka ceremony took place. Earlier we were thinking of getting married on November 24 but then we thought things are going to be the same so why not get married now and spend some time with each other." 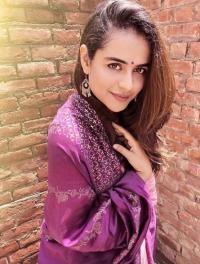 Speaking about the qualities she likes in her soon-to-be husband, Rohit Saroha and if she will be continuing her acting career post-wedding, Prachi Tehlan said, "We both are Jats, so our cultural background is the same. This is what connected us back then and now. I like his smile. He loves me more than I love him. He is taller than me, which is very very important. I am 5 feet 11 inches while he is 6 feet 1 inch. He is very adventurous and fun-loving. He likes to explore life and is multi-talented. He is a wildlife conservationist and has immense knowledge about animals and the jungle. Honestly, the list is quite long about the things I like about him. He makes me feel secured. Everyone is happy with my acting career. If I get to play powerful characters, I will surely do it. Acting has been more like a passion than a profession for me and I would like to continue it." (Also Read: Riteish Deshmukh Kisses His 'Baiko', Genelia And Pens Down Everything That She Means To Him)

We wish Prachi and Rohit, an eternity of happiness!