Ravi Dubey Reveals How His Wife, Sargun Mehta Is His Superpower, Shares A Throwback Video

Ravi Dubey Reveals How His Wife, Sargun Mehta Is His Superpower, Shares A Throwback Video

Ravi Dubey and Sargun Mehta look adorable with each other. On September 1, 2020, Ravi took to his IG handle and shared a throwback video and revealed how Sargun is his superpower. 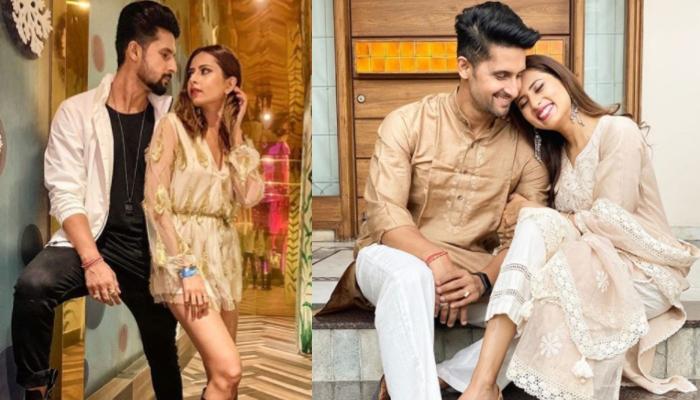 There is nothing as powerful as love as it is one of the purest emotions. And what if one gets to marry their best friend and shower their love on them? Their bond will only become stronger with each passing day. Very few people are lucky to live their happily ever after with their best friend and telly world’s most sought after jodi, Ravi Dubey and Sargun Mehta is one of them. They never miss an opportunity to shower their love and appreciation on one another and their social media handles are proof of the same. (Also Read: Hema Malini Bids Farewell To Ganpati Bappa With Daughter, Esha And Family, Shares Celebration Photos)

Ravi Dubey had met his soulmate, Sargun Mehta on the sets of their show, 12/24 Karol Bagh. And it was on the dance reality show, Nach Baliye 5, where Ravi had proposed his ladylove Sargun. Like a romantic hero, he had gotten down on his knees and had proposed Sargun with a solitaire ring on the stage of Nach Baliye. And on December 7, 2013, the duo had tied the knot and had begun their happily ever after. 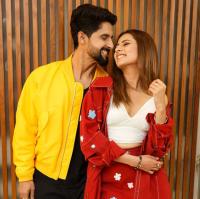 On September 1, 2020, Ravi took to his IG handle and shared a throwback video of one of his stunts from the reality show, Khatron Ke Khiladi season 8. In the video, Ravi was supposed to perform a task by getting into a cage of a tiger. Before the task, he was seen having a video call with his wife, Sargun, who motivated him to perform the task. Along with the video, Ravi penned how Sargun is his superpower and wrote, “Here’s proof ki agar tu saath hai toh main sheron se bhi makabla kar sakta hun @sargunmehta...you are my superpower.”

Sargun Mehta had once termed herself as a Jane Austin heroine and Ravi Dubey as the most unromantic person. On December 7, 2019, the duo had completed 6 years of marital bliss and to wish her ‘badi’, Sargun had shared a picture of Ravi and had written, “Yes!!! I married this man. We have been through thick and thin. Through health and sickness. Through ups and downs. Just stronger every day, All because of you. Aaj teri yeh photo dekh ke laga LOTTERY LAG GAYI MERI. I LOVE YOU BADI. HAPPY 6TH ANNIVERSARY.” (Also Read: Sunny Leone And Daughter, Nisha Kaur Weber Channel Their Inner Artists And Make A Painting Together) 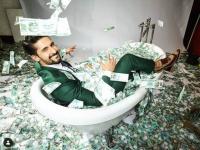 On August 21, 2020, Ravi Dubey had completed 15 years in the entertainment industry and his wife had penned the sweetest message for him. She had taken to her IG handle and had shared a video of an interview for a Punjabi channel, where she was seen praising her hubby in Punjabi. Along with the video, Sargun had written a heartmelting note, which could be read as “@ravidubey2312 COMPLETES 15 YEARS IN THE INDUSTRY TODAY. He has and always will rule the hearts of millions and billions of people. #borntoshine #borntoinspire #superstar. I can tell you this a without a doubt that if anyone who has ever met ravi, even for a mere 5 minutes would leave with warmth in his heart and blessing on their lips, would have felt inspired and felt special. He shall rule for he is has something that most people don’t, a blessing from anyone who has ever known him.”

Coming back to Ravi Dubey's proposal to Sargun Mehta on Nach Baliye 5, the former had elaborated on how he had pulled off the surprise for his ladylove. Ravi had shared in an interview with IndiaForums, "Finding the perfect ring for her was a task. Sargun was shell shocked. She had no clue about it. She was happy, dumbfounded, tongue tied. I will always remember her expression. I decided all this in a very limited span of time. First I arranged for Sargun's mom to come to Mumbai, who, in turn convinced her dad to also come along. Then I put them in a hotel. Arranging for all this with Sargun being around me 24x7 for the rehearsals wasn't easy as Sargun is extremely sharp. To pull it through was a task in itself." (Also Read: Shoaib Ibrahim's Savage Reply When Asked If He Feels Jealous Of Wife Dipika And Sister Saba's Bond)

Do you also have someone, who is your superpower? Let us know. 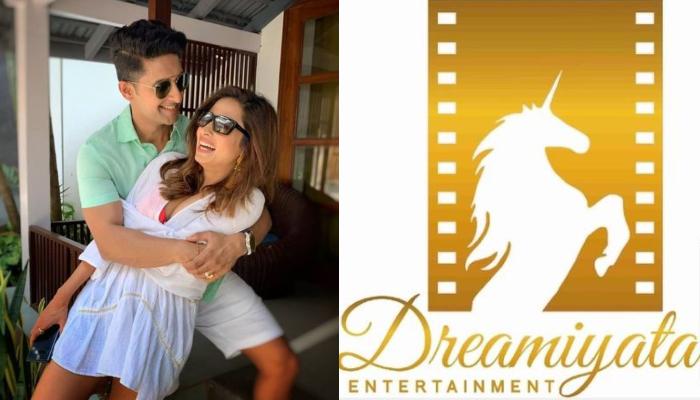 There are tons of celebrity couples out there, and each one has their own uniqueness. But the title of the cutest couple of the entertainment industry goes to none other than television star, Ravi Dubey and his wife and Punjabi actress, Sargun Mehta. Whether we talk about having a long