Shoaib Ibrahim gives a befitting reply when asked whether he feels jealous of his wife, Dipika Kakar, and sister, Saba Ibrahimâ€™s bond.

We always envy a celeb’s life but within the glitz and glamour of their life, they also deal with a lot of negativity and trolls. Do we realize that behind the fame these celebs enjoy, several trolls are waiting to pour filth on them? Questioning their choice of clothes, weight gain and every tiny detail of their personal lives, the world of social media has taken a toll on their lives. Dipika Kakar and Shoaib Ibrahim are one of those celebrity couples, who know how to shut trollers with their befitting reply. (Also Read: Khushi Kapoor Starts Modelling As She Strikes A Classy Pose For Sister Turned Photographer, Janhvi)

Dipika Kakar and Shoaib Ibrahim are one of the most sought-after couples of the glamour world. The two had met on the sets of the serial, Sasural Simar Ka and it was Dipika’s down to earth nature that had won Shoaib’s heart. The two had fallen in love and on February 22, 2018, Dipika had said Qubool Hai to Shoaib in a nikah ceremony. We had gotten a glimpse of their love when Dipika had appeared on the reality show, Bigg Boss 12, where she was often seen missing her hubby and in-laws. Dipika is not just lucky to have a loving husband but her in-laws also dote on her. She shares a great bond with her sister-in-law, Saba Ibrahim which is quite evident on their respective social media handles.

This is not the first time when Shoaib had won our hearts with his savage replies. On May 15, 2020, Shoaib had shut down a troll when he or she had tried to question his wife, Dipika’s outfit picks. The actor who was replying to his fans during an ‘Ask me anything session’ was thrown an inappropriate question. A fan had asked Shoaib, "Deepika Ji hamesha Salwar suit mein kyun hoti hai kya... aapki family force karti hai?" This question did not go well with Shoaib and he had retaliated saying, "iska jawab main aapko dena zaroori nahi samjhta. Sach main janta hu meri wife janti ....baki jiski jaisi soch waise hi sawal upar wala aapko khush rakhe". (Also Read: Teejay Sidhu Never Imagined Herself To Be A Mother Of Three, Is Elated To Embrace Motherhood Again)

On February 18, 2020, Dipika had taken to her Instagram handle and had shared a picture with her husband, Shoaib Ibrahim, and sister-in-law, Saba Ibrahim. Along with the picture, Dipika had written a long note on how lucky she is to have them in her life while giving a befitting reply to all the haters. Her note could be read as “Yes my world, my life is the two of you.... @shoaib2087 & @saba_ka_jahaan I love u both more than my life!!! Jo ye baat samajhte hain wo mere aziz hain, jo nahi .... unhe MAI kuch nahi samajhti! PDA to PDA hi sahi... kam se kam mere paas itna faltu waqt to nahi ki kisi aur ke zindagi ki khushiyon ko, Kisiki family ko bura bolun.” On Dipika post, her sister-in-law, Saba had commented, “Blessed to u have you in our life.. Alhamdulillah ma sha Allah.” (Also Read: Rhea Chakraborty's Brother, Showik Asks For 'Boom' For 'Dad', CBI Discovers New Chat In Drug Angle)

Well, we love the way, Shoaib handles the trollers. What about you? Keep us posted. 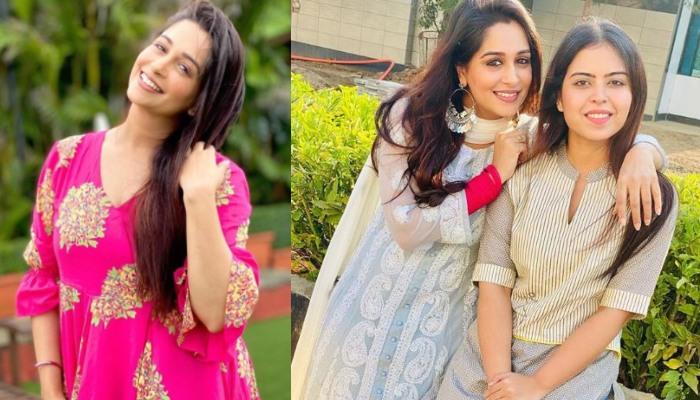 There is nothing as beautiful as getting married to one’s soulmate but more than that, if you share a warm bond with your in-laws, then it is an icing on the cake. When a girl leaves her parent’s house and starts a new life at her husband’s house, she only