A few days back, Raveena Tandon had announced that she is soon going to be promoted to grandma as her eldest daughter, Chhaya was expecting her first baby. Looks like the baby is home, finally! “Not flesh of my flesh, nor bone of my bone, but still miraculously my own. Never forget for a single minute, you didn’t grow under my heart but in it.” – In B-town, from Mithun Chakraborty, Salim Khan, Sushmita Sen, Sunny Leone to Sameer Soni, when these celebrities had decided to fight all the odds and had chosen the road less taken to enjoy parenthood i.e., adoption. They have proved that biological or adopted are just mere words and there is no stigma attached to the latter. Raveena Tandon too, became a role model for every woman as she had not only decided to adopt her first two children, but also became a single mother to them at an early age. (Also Read: Taimur Ali Khan Twins With Star Parents, Kareena Kapoor Khan And Saif Ali Khan In Hues Of Blue-White)

When Raveena Tandon was just 21, she had adopted two baby girls, Chhaya and Pooja, daughters of a distant cousin who had died when the kids were young. In a throwback interview, Raveena had expressed how she found sisters in her daughters and had remarked, “I was just 21 years old, when I adopted two girls. But they were like the two sisters I never had. We grew up together. In fact, I told them all the mistakes that I made in my life, so that they wouldn’t make the same in theirs.” 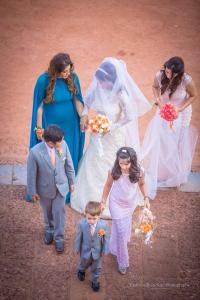 On September 8, 2019, Raveena Tandon had announced that she is soon going to be promoted to grandma as her eldest daughter, Chhaya was expecting her first baby. Sharing the pictures from the baby shower ceremony, Raveena had written, “Me and my brood! My baby’s baby! Countdown has begun!! @officialrashathadani.” And now, the Thadani clan is on cloud nine as Chhaya has embraced motherhood for the first time and they have welcomed the newborn with a traditional homecoming ceremony. Sharing pictures from the puja and announcing the good news on social media, Raveena wrote, “Thanking the pantheon almighty. The baby comes home.” Here are the pictures from Chhaya’s baby shower ceremony and baby’s homecoming rituals: 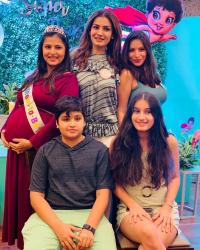 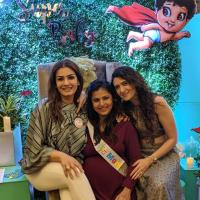 For the uninitiated, Raveena Tandon is a mother to four kids- Chaya and Pooja through adoption and two biological children, Ranbirvardhan and Rasha through her marriage with Anil Thadani. In an interview with the Verve magazine, the actress had talked in detail about the challenges she had faced. Raveena had shared, “This was before Mohra (1994). My mother and I used to visit orphanages like Asha Sadan on our weekends. When my cousin passed away he left behind two young daughters, Chaya and Pooja. I didn’t like the way their guardian was treating them so I took them home with me. I didn’t think much of it. It came naturally to me. I wanted to give the girls the life they deserved. I’m not a multibillionaire but I do what I can to help.” (Also Read: Chhavi Mittal Talking About Time Management For Newbie Mommies Is Something That Everyone Can Relate) 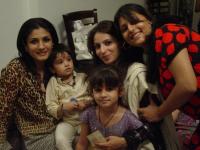 In a 2016 interview with the Hindustan Times, Raveena Tandon had shared her parenting rules. She had stated, "I have always been very transparent with my kids. Even with the smaller ones, I never baby-talked them. I never sugar coated anything for my kids. I spoke to them about the mistakes I made, so that they don’t make the same mistakes.” She had continued, "Very often parents say ‘no’ to things without understanding the need to explain and communicate the reason for their decision with their children. This, I feel, is not correct. No matter the age, kids are never too young to not understand and reason." 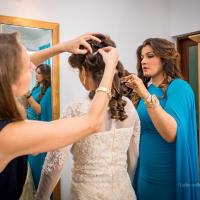 Raveena Tandon had also revealed the kind of relationship she shares with all her kids. She had revealed, "Pooja is like my best friend. We hardly have an 11-year difference. Our relationship is so different." Raveena had added, "I am so proud of the younger ones too. Chhaya has shown excellence in academics and was the youngest member when she joined Jet Airways. The same is the case with Rasha and Ranbir. Rasha got getting an award of excellence at her school last year and Ranbir got it this year. I am so proud of all of them.”

There hasn’t been a single day, Raveena Tandon had regretted her decision of adoption. She had shared, “From the time I held the girls’ hands when we were taking our first flight, to walking them down the aisle, to holding my first grandchild in my arms, every moment has been priceless. They love my biological children, Rasha and Ranbirvardhan. They pay it forward by being kind to others. Every Mother’s Day the girls send me cards and letters saying how much they love me. What more can any mother ask for?” (Also Read: Jay Bhanushali And Mahhi Vij Announce The Name Of Their One-Month-Old Baby Girl In A Unique Way) 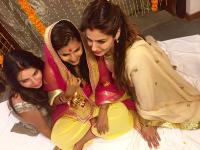 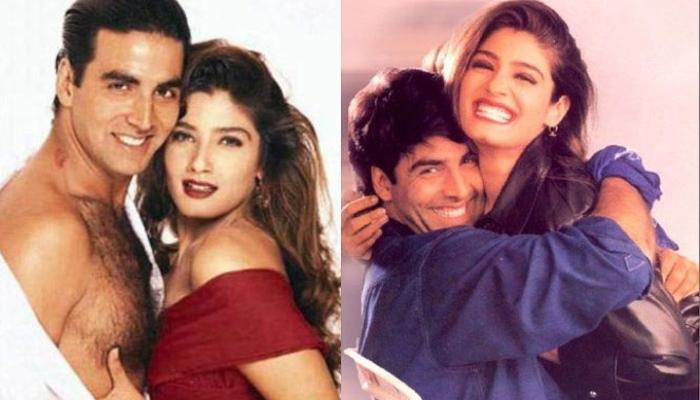 Be it Tu Cheez Badi Hai Mast Mast or Tip Tip Barsa Paani; if there's one couple from the 90s, who had set the stage and the silver screens on fire with their sizzling chemistry, then it has to be Akshay Kumar and Raveena Tandon. Not only their on-screen chemistry made