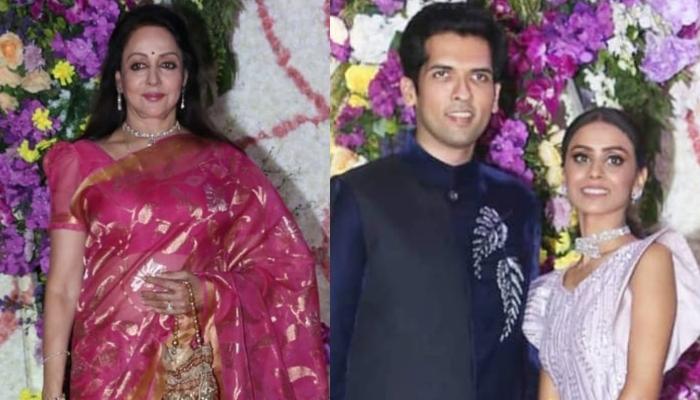 It is that time of the year again when weddings bells are ringing everywhere and din sagna da is playing at most of the wedding halls. If you are the '90s kid then we are sure song tracks from films like Hum Apke Hain Kaun and Hum Saath Saath Hai automatically play on repeat in your head. Well, such was the magic of filmmaker,  Sooraj Barjatya, who is known for making sanskari family films for the Indian audience. His films are still celebrated and loved by all and there isn't any wedding that doesn't play the song 'waah waah Ramji'. (Recommend Read: Janhvi Kapoor Spends Time With Sister, Khushi Kapoor In US, Gives Sister Goals)

Recently, Sooraj Barjatya's son, Devaansh Barjatya had tied the knot with Nandini on November 22, 2019, in Mumbai. However, not much about the wedding was revealed in the media as the Barjatya family has always stayed away from the media glares. For those who don't know, Devansh is following his father's footsteps and aspires to be a filmmaker. We remember last year, the filmmaker had shared that his son wants to make a film with Salman Khan.

Today, on November 29, 2019, Sooraj ji hosted a grand reception ceremony for his son, Devaansh and his wife, Nandini and the entire Tinseltown graced the night. The first ones to arrive at the venue were Bollywood actors, Shahid Kapoor and Abhishek Bachchan. Followed by Raveena Tandon, Mahesh Bhatt, Rekha, Hema Malini and many more celebrities. Take a look at the pictures below:

In an interview with the DNA, Sooraj ji had talked about making family films and his love for it. He had stated, "The family values remain the same, they will always be important. I made Main Prem Ki Diwani Hoon (2003), where I tried to do something different. Then I realised that you should make what you are, irrespective of what the market says. You create your film, ussi sur mein you experiment. You don’t need to ask anyone else what to make and how to do it. That’s for the next generation. I must make what I believe in and I will find my audience." (Also Read: Niti Taylor's Fiance, Parikshit Bawa Surprises Her On Shoot, Takes Her On A 'Date Night' Post-Work) 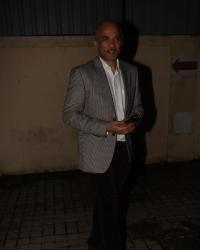 In the same interview, he had further shared, "For example, PRDP is a huge hit in the Hindi belt and even on TV as it represents Bharat. In fact, all my films cater more to Bharat than India (the metros). So, I’m happy in my zone and I must be at peace. With age, I feel more responsible about how to tell these stories in an entertaining way because it’s important. When our film releases, people say ki dadi ko dikhana hai, dada ko dikhana hai etc... The younger generation comes with that idea because they feel that they must show it to their grandparents. Even with PRDP, it felt nice to see old people coming to watch a movie, trusting that it’s a family film. It had its core values." (Don't Miss: Shaheen Bhatt Shares An Inspirational Letter Written By Her Father, Mahesh Bhatt Twelve Years Ago)