After Rashami Desai’s divorce with Nandish Sandhu in 2016, she has been linked with many well-knowns of the telly town, but what looks like it, this beauty is once again drooling in love! 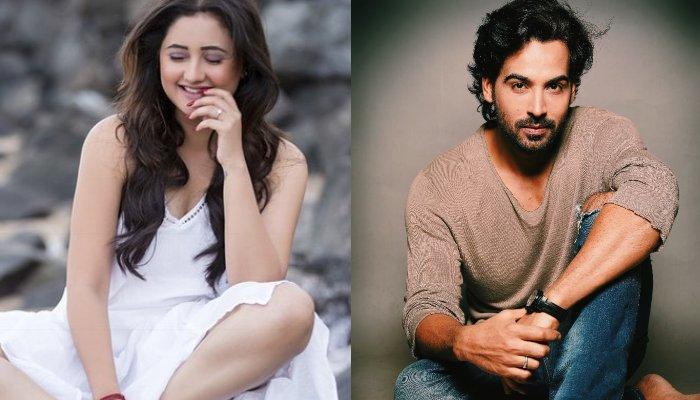 Love always finds a way out! Many of you who are dealing with a hard time will find it a difficult fact to gulp down easily, but with a little sprinkle of hope and a dash of faith, you can conquer of the beautiful platter of life! And who’s a better proof to this than Uttaran star, Rashami Desai? Love came to her once. She immersed in it, took a step ahead only to break the knot and recreate a happy space for herself. And going by the latest report, Rashami has apparently decided to give love, another shot in her life! (Do Read: Madhurima Tuli Opens Up On Ex, Vishal Aditya Singh's Rudeness, Says, 'I Didn't Expect This From Him')

Before we reveal the details, let us give you a slight peek-a-boo of Rashami Desai’s personal life. Rashami married her on-screen husband, Nandish Sandhu in 2012, but soon after their wedlock, there were reports of troubles in the newly-weds’ paradise. Soon after, the duo separated and finally divorced one another in 2016. While many had blamed then Rashami’s over-possessiveness for their broken marriage, the 33-year-old had shared her side of the story in many interviews. While we will get to that in the later paragraphs to come, let’s have some revelations about the ‘newest updates’ in Rashami’s life coming in! 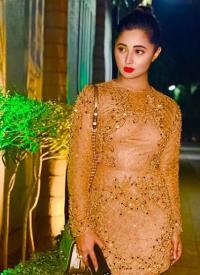 After Rashami Desai’s divorce with Nandish Sandhu in 2016, she has been linked with many well-knowns of the telly town, but what looks like it, this beauty is once again drooling in love! As per a latest TOI report, Rashami is head over heels in love with diamond merchant-turned-actor, Arhaan Khan! A source close to the duo has informed, “They seem perfect for each other. They are two mature individuals, who are taking one day at a time. They are serious about each other and are talking about tying the knot in a year’s time.”

Both Rashami Desai and Arhaan Khan decided to maintain a ‘just friends’ stance when asked about it. While Rashami said, “Arhaan is my best friend, and like family to me”, Arhaan too shared, “I admire Rashami for the fact that she is a self-made woman. She has reached where she has on her own. We are very good friends.” As per the report, Rashami and Arhaan had met each other in 2017 and had gotten along like wildfire. However, it was only during Arhaan’s co-star, Prince Narula and his now-wife, Yuvika Chaudhary’s wedding that Rashami and Arhaan had upgraded their ‘friendship’ to ‘dating’!

This is not the first time when it’s speculated that Rashami Deasi is in love. Early last year, rumours were rife that Rashami had apparently found love yet again, after her 4 years of disturbed marriage, from ex-husband, Nandish Sandhu. It was reported that TV actor, Laksh who had played Rashami's devar in the popular show, Adhuri Kahani Humari was her rumoured beau. Rashami, who was then 32 years old was dating a man who was 20. When brought to her notice, Rashami had refuted all such rumours and had stated, “He is being unnecessarily dragged in all this. He is one of the good friends I have who stood by me in my most difficult times. So can’t I even post a picture with him? What if I post a picture with family or cousin, will that also be questionable?” (Must Read: Ruhi Chaturvedi Of 'Kundali Bhagya' Is Getting Engaged To Longtime Boyfriend, Shailendra Saainiyol) 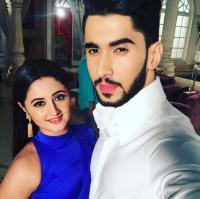 In an August recent interview with The Times of India, when Rashami Desai was asked about her love life, she had given a cryptic reply. She had shared, “It’s always been a mystery and I would like to keep it that way. To be honest, I have been working hard and I have close friends who I chill with, so my mind does not go in the direction of finding a man. I am also travelling these days and would love to do that more. Like what Kangana Ranaut’s character did in 'Queen', I would love to do that. I want to explore different sides of my personality.” 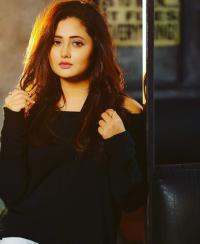 Rashami Desai was often blamed for her divorce with Nandish Sandhu. To this, she had stated, “You know there’s a website called India Forums. They’ve been handling Nandish’s PR and I don’t have a problem but they’ve been giving one-sided stories from Nandish’s end. I’ve never felt the need to explain myself or my relationship to anyone – but there are all sorts of rumours that pinpoint me and claim that Nandish is completely innocent." 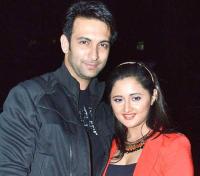 Rashami Desai had further gone on to add, "In a marriage, I know it is two people’s responsibility, but my relationship was always abusive. India Forums is making it super ugly. They’re only printing one-sided articles about him giving his 100% when it’s just not true. What are you trying to prove? It’s false information. We’ve had problems for three years now. Why did I leave the house? I’ve never spoken about this – but mujhe humesha ghar se nikala jaataa! If he gave his 100% yeh cheezein hoti hi nahi na." On being an over-possessive wife to then hubby, Nandish Sandhu, Rashami Desai was quoted as saying, “I’ve never had a problem with any of his female friends. I’ve never doubted him regarding even one of them. And if I have, I’ve asked him directly. I’ve never spoken about this to people. And somehow suddenly all the problems are in me. I gave the relationship my 100%, then why should things be portrayed in this light? How will I be insecure? I’m always busy with work and travelling. I don’t have the time." (Also Read: Ankit Shah Of 'Dil Toh Happy Hai Ji' Gets Engaged To Girlfriend, Aashima Nair) 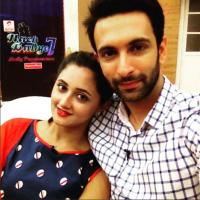 Rashami Desai had also revealed why she kept going back to Nandish Sandhu after facing many bitter experiences. She had stated, “I genuinely loved him. And I genuinely believe that a relationship needs to be built. And if you can’t continue, then it’s important to end it on a beautiful note. And the world is very small. Everyone crosses paths all the time. I’ve never seen things like this happening in my household. Women are never insulted. But I was disrespected for over 3 years and after a point, I knew this was just not happening. I thought after this, tum apne raaste jaao, main apne. But something else was only happening is why I decided to speak up.” 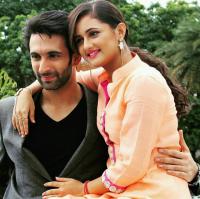 We hope that nothing but love and happiness prevails in Rashami Desai’s life. Isn’t it folks?