Bollywood celebrities never fail to swoon our hearts with their enchanting personality and stunning looks. Well, here are some rare pictures of our celebs from their school days, and it's unmissable!

School days give us some of the most unforgettable moments of our lives, which we cherish throughout our lifetime. We all have had the pleasure to be a student once in our life, and we did all kinds of weird and embarrassing things back in those days. Well, our Bollywood celebrities were no different. Social media is a treasure trove of memories, and if we dig deeper on the internet, we can find almost anything! With that said, we have found some rare pictures of our B-Town celebs from their school time. Amitabh Bachchan has been winning our hearts with his on-screen presence for over 5 decades now, and his fans respect and love him. The veteran actor is one of the most well-renowned celebrities in the Indian film industry, and he has been hosting the famous quiz show, Kaun Banega Crorepati for years. However, during his school days, Big B himself was a brilliant student, and he had gone to Sherwood College in Nainital, Uttarakhand. He had further completed his graduation from Kirori Mal College, University of Delhi. 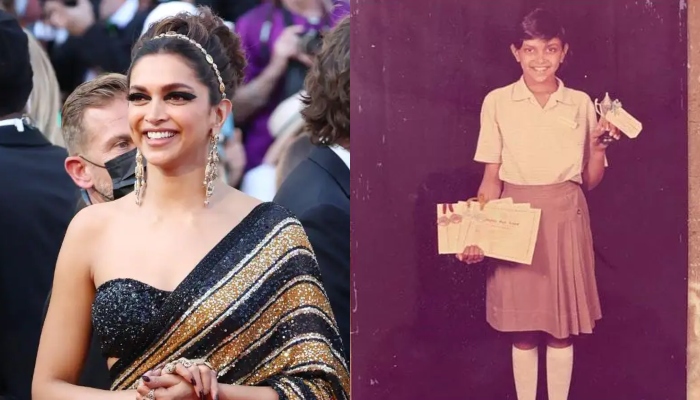 The 'Shantipriya' of Bollywood, Deepika Padukone has been winning our hearts ever since she had made her debut with the film, Om Shanti Om. The actress had gone to Sophia High School, Bangalore, and had got her pre-university education at Mount Carmel College. Deepika was a national-level badminton player, and during her childhood, she was a great student. However, later, her interest had got inclined towards acting, and she had joined the film industry. Shah Rukh Khan is known for his charming personality and brilliant acting skills. Being one of the most humble and down-to-earth people, Shah Rukh Khan is adored by millions, and his popularity is second to none. The King Khan of Bollywood had attended St Columba's school in Delhi, and during his school days, he was the captain of his football, hockey, and cricket teams, all at the same time. He had further graduated from Hansraj College, Delhi and had pursued a Master's in mass communication from Jamia Millia Islamia, Delhi. 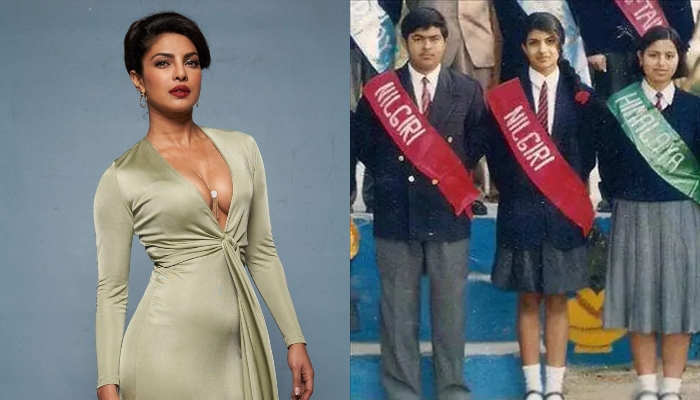 Priyanka Chopra Jonas needs no introduction as she is one of the most successful actresses in Bollywood industry. Not only this, the gorgeousness has also made a mark in Hollywood with her impressive acting chops and confident personality. Belonging to an army background, Priyanka had to move a lot all over India during her childhood. She had studied at La Martiniere Girls' School, Lucknow, and had also attended St Maria Goretti College, Bareilly. Moreover, she had finished her graduation from Jai Hind College, Mumbai. 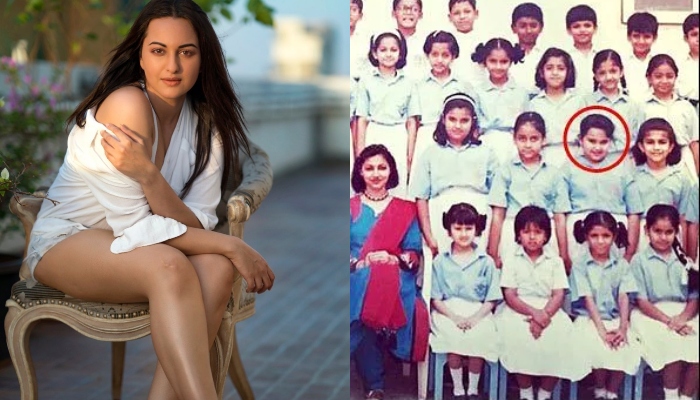 Sonakshi Sinha is an inspirational actress, who has left everyone's jaws dropped with her drastic transformation. The actress has been a chubby kid since her childhood, and her childhood pictures are proof of the same. She had done her schooling from Arya Vidya Mandir, Mumbai, and later, she had joined Shreemati Nathibai Damodar Thackersey Women's University, Mumbai. Moreover, Sonakshi had completed her graduation in Fashion Designing before entering Bollywood industry. 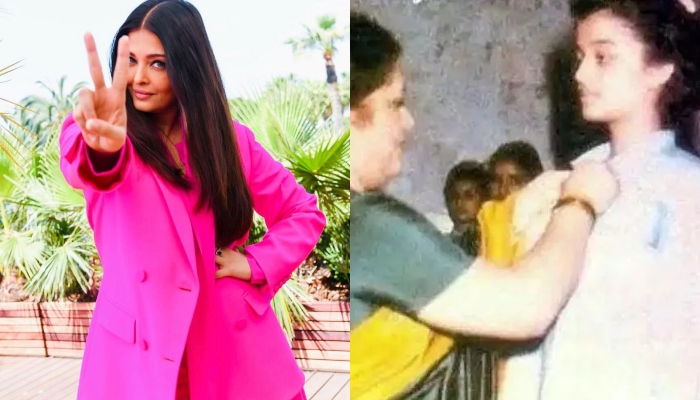 Aishwarya Rai Bachchan is a diva, who has an immense fan-following worldwide. She was crowned as Miss World 1994, and thus, could not complete her college education. The gorgeousness had done her schooling from Arya Vidya Mandir, after which she had attended Jai Hind College and DG Ruparel College of Arts, Science, and Commerce. Aishwarya was a brilliant student, and she had secured 90 percent in her High School. 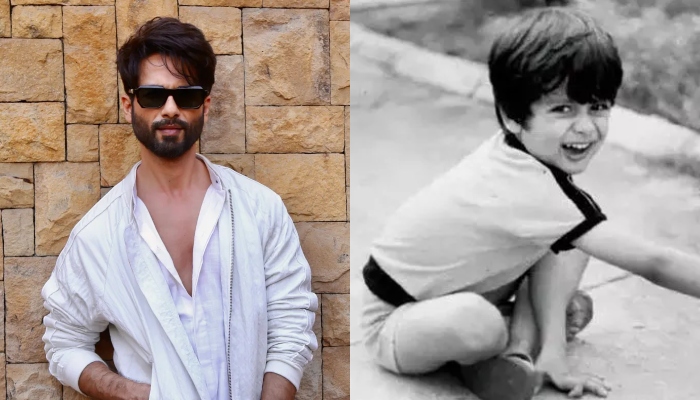 Shahid Kapoor is one of the most bankable actors of his generation, and he has been garnering love and appreciation from across the country for his acting chops. He had made his debut in the year 2003 with the film, Ishq Vishk, and had etched his place in the hearts of many people. Well, Shahid had looked the cutest during his childhood, and this rare picture is proof of the same. He had studied at Gyan Bharati, Delhi till 4th class, and had later gone to Rajhans Vidyalaya, Mumbai. Further, Shahid had completed his graduation from Mithibai College, Mumbai. 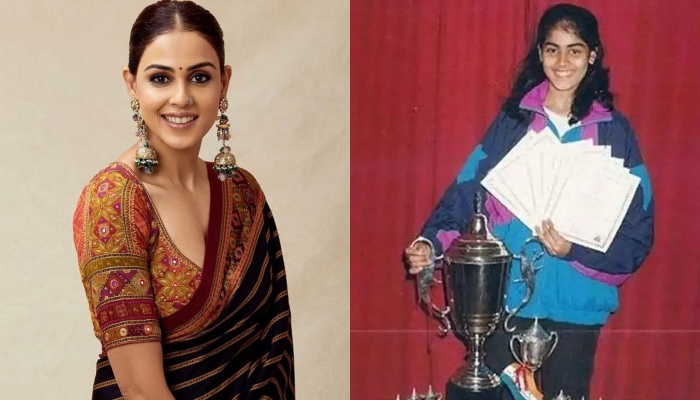 Genelia Deshmukh has been ruling our hearts with her bubbly nature and enchanting smile. The gorgeousness has time and again proved that she's a child at heart. However, have you ever wondered how this sweet actress might have looked when she was a kid in real life? Well, we hope you've got your answer. Genelia had attended Apostolic Carmel High School, Bandra. Later, she had taken admission in St. Andrew’s College in Bandra.

Also Read: 8 Bollywood Films Based On The Love Stories Of Real Couples, That Made Us Believe In 'Soulmates' 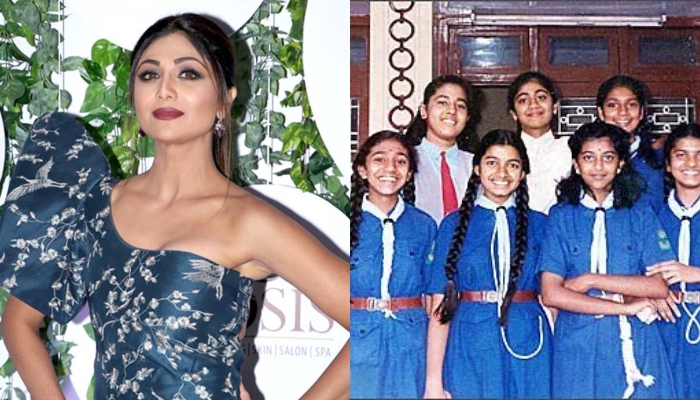 Shilpa Shetty Kundra is a sassy lady, who has been inspiring millions of women out there with the way she's leading her life. The gorgeousness has suffered many downfalls in her life, but she had always walked with her head held high. Shilpa Shetty is an exceptional actress, and her acting career is testament of the same. Apart from that, Shilpa is a fitness freak and a fashionista. During her childhood, she had studied at St. Anthony's Girls High School, Chembur, and had completed her graduation from R A Podar College, Matunga. Kangana Ranaut is known for her luxurious lifestyle, and she believes in the power of high thinking. From her acting to her jaw-dropping looks, Kangana always leads the headlines. The actress is popular for not mincing her words and expressing her opinions without any hesitation. Back in her school days, Kangana was a very studious person, and she was paranoid about results. She had attended DAV School in Chandigarh. 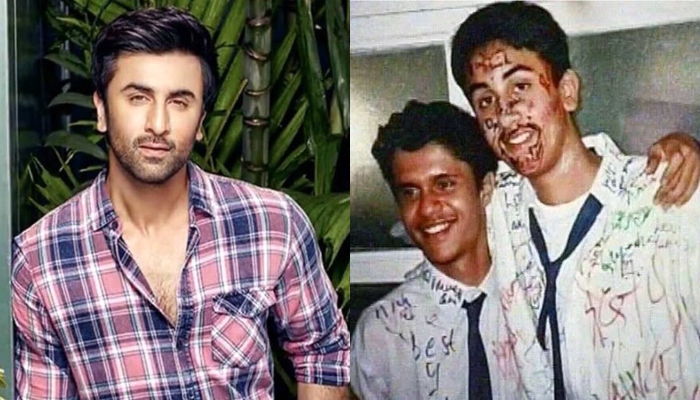 Ranbir Kapoor has been ruling many hearts with his innocent smile and good looks, and there is no denying the fact that he was every girl's crush back in his school days. Ranbir had gone to Bombay Scottish School, Mahim, and he was a trouble maker back in those days. The actor was an average student as his focus was more on doing mischieves. After completing his school, Ranbir had later done a film-making course from Lee Strasberg Theatre and Film Institute, New York. Anushka Sharma is like a ray of sunshine and her charisma is second to none. She has been ruling the Indian film industry and our hearts with her dimpled smile and brilliant acting skills. Well, the actress had looked equally adorable during her childhood as well. She had studied at Army Public School, Bangalore and had joined Mount Carmel College to pursue her degree in Bachelors of Arts (B.A.). Anushka had also done a Master's in Economics from correspondence.

These rare pictures of our favourite celebrities from their school days have made us nostalgic. What about you? Let us know.