Born on December 2, 1960, as Vijayalakshmi Vadlapatla in a Telugu family in Kovvali village, Andhra Pradesh, she is known by her stage name, Silk Smitha, even after so many years of her mysterious death on September 23, 1996. Often regarded as one of the boldest actresses in the history of Indian cinema, Silk Smitha was also hailed as the 'queen of sensuality', credit to her sizzling and bold performances in her illustrious career.

In 2011, Ekta Kapoor's produced film, The Dirty Picture, featuring Vidya Balan as Silk Smitha, had broken numerous box-office records and had also won multiple awards. The film had made people deeply aware of her bold scenes in her career, addiction to alcohol, heartbreaks, and her glamourous lifestyle. The movie had failed to showcase what Silk Smitha was all about in reality, her background and childhood, forced marriage at the age of 14, and many other unknown facts about her life. So, here we are presenting you some real and rare facts about Silk Smitha's life that you should definitely know! 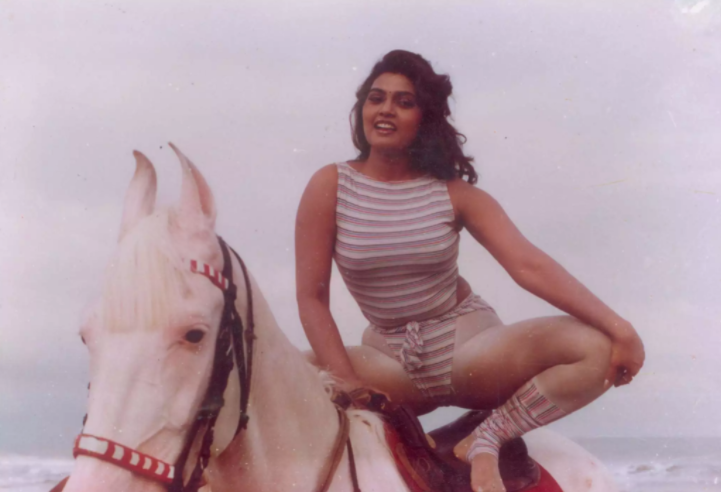 The iconic actress, Silk Smitha, was born in a Telugu family to her parents, Ramallu and Sarasamma. The family used to live in a small village named, Kovvali in Andhra Pradesh. The financial condition of Silk Smitha's family was miserable at that time, because of which they had suffered a lot. 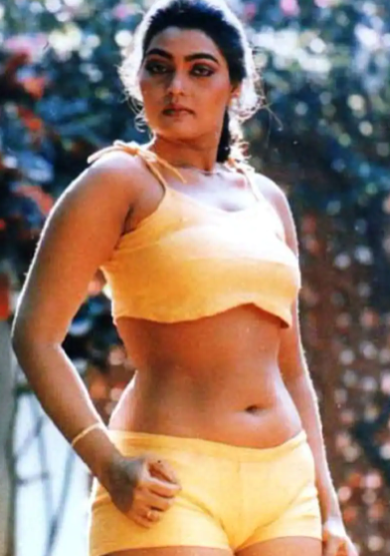 The financial crisis in Silk Smitha's family was so bad that she had to leave her education after completing fourth standard. It was indeed a heartbreaking moment for her, as a little child, as she had to bid farewell to her classmates and school life. She was only 10 years old at that time. After quitting school, Silk Smitha had started helping her mother, Sarasamma, in the household work. Shockingly, after some years, her parents had fixed her wedding with an unknown person, without her knowledge. Because of her good looks and friendly nature, it was a cakewalk for her parents to find a suitable family for their daughter. At the age of 14, Silk Smitha had got married. However, after a few years, she had walked out of her marriage after her husband, along with his mother and father, had started ill-treating her, a decision that had changed Silk Smitha's life forever.

#4. Silk Smitha kickstarted her journey in showbiz as a touch-up artist 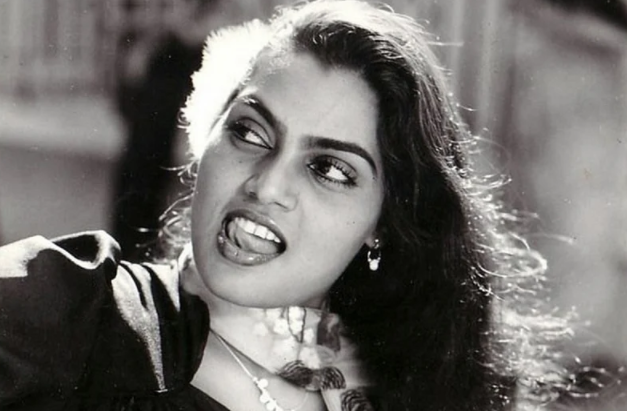 After escaping from her forced and violent marriage, Silk Smitha had shifted to Chennai along with her aunt, where she had started working as a touch-up artist. The actress had also appeared in minor character roles in many movies, but all of them were uncredited roles.

You May Like This: Salim Khan's Love Life: Broke Stereotypes And Leads A Happy Life With His Two Wives Under One Roof During her struggling days, once Silk Smitha was out in a flour mill near the renowned AVM Studio in Chennai because of some work, and it had turned out to be the most iconic moment of her life. The actress was busy in her work and was spotted by the critically-acclaimed director of that generation, late Vinu Chakravarthy, who was passing by the mill, along with his wife, Karna Poo. The filmmaker had stopped there and had immediately taken Silk Smitha under his actor's wing. He was the one who had arranged special acting, dancing, and etiquette classes for young Smitha and had provided her with a much-deserved big break. Silk Smitha had made her acting debut with the film, Inaye Thedi, which was directed by Malayalam director, Antony Eastman, and was released on July 10, 1981. The film had received a positive response from the audience, but Silk Smitha was still under the shadow of other renowned actors in the movie.

Don't Miss: Unseen Picture Of Sara Ali Khan And Saif Ali Khan Proves That She Is A Fashionista Since Childhood

#7. The film, 'Vandichakkaram' brought her fame and added 'Silk' to her name Many people believe that after Silk Smitha had entered the film industry, she had changed her name from Vijayalakshmi Vadlapatla to Silk Smitha. But it's half-true, as she had changed her name to Smitha, but the word 'Silk' was attached to her name after the release of her film, Vandichakkaram (1980). In the film, she had portrayed the character of a bar girl named 'Silk', and because of her exceptional performance in the movie, she was known by the name 'Silk Smitha' in the years to come.

#8. Silk Smitha's film with Rajinikanth made her the 'symbol of sensuality' Silk Smitha was already ruling the silver screen with her bold acting and intimate scenes in the films. But it was her iconic film, Moondru Mugam, with South superstar, Rajinikanth that had engraved her status as the 'symbol of sensuality'. From the 80s to 90s, every director was inserting a song featuring Silk Smitha in their films, as her 4-5 minutes presence in a movie was enough to pack theatres in a go.

#9. Silk Smitha was an introvert According to multiple reports, Silk Smitha was an extremely introvert person who rarely shared her hardships and problems with anyone. Not only this, she was also reportedly famous for being straightforward and having a powerful personality. From arriving on the sets of her films on time to her urge to learn English with fluency and ambitious nature, Silk Smitha was one of the most admired actresses of her generation. However, the best thing about her was that she always used to take time for her old friends, despite her tight film schedule. After multiple failed relationships in her personal life, Silk Smitha had started losing her touch in acting and had drowned in depression. It was an extremely tricky situation for the glamourous actress who was struggling to find her true identity and close friends during her decline in the film industry. 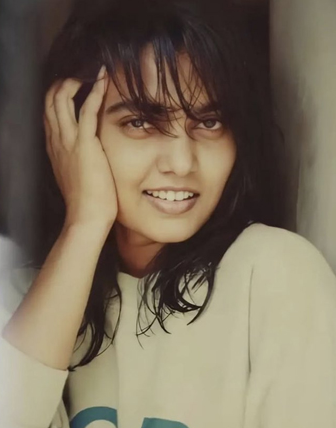 Sadly, on September 23, 1996, Silk Smitha was found hanging in her house, and after the postmortem report, it was revealed that she had died due to a high amount of alcohol intake. Although, even to this very day, some ifs and buts are still attached to her mysterious death. 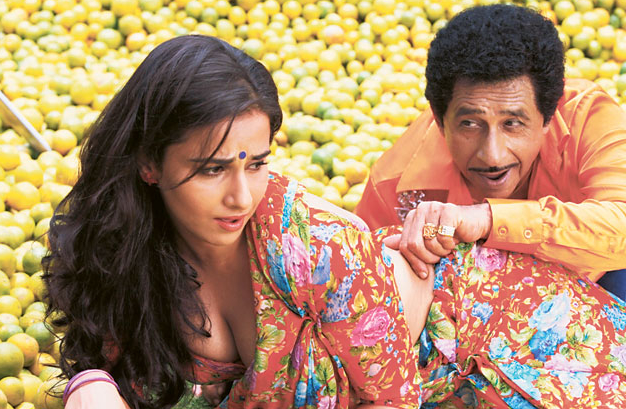 Over the years, we have seen some films either inspired or wholly based on Silk Smitha's life. The first film inspired by Silk Smitha's life was Vidya Balan starter, The Dirty Picture (2011). The second one is the Kannada film titled Dirty Picture: Silk Sakkath Hot (2013), in which Pakistani actress, Veena Malik had portrayed the character of Silk Smitha. The third one is the Malayalam movie titled Climax (2013), featuring the ever-so-gorgeous Sana Khan. Although Silk Smitha had done 450 films in her four-decade-long magnanimous acting career, there are still a set of films that have played a major role in her career. While some movies had kickstarted her journey in cinema, some had provided her career with the much-needed boost at some point in time. So, the films that had played a crucial role in Silk Smitha's acting career are the likes of Vandichakkaram, Adutha Varisu, Moondram Pirai, Miss Pameela, Paayum Puli and Adutha Varisu. It's hard to sum up, Silk Smitha's illustrious career in words, and there's no denying that her journey from deciding to get out of her abusive marriage to following her interest in films and dance is what inspiration is all about.

Next Read: When Raaj Kumar Mocked 'Disco King' Bappi Lahiri, Told Him To Wear A 'Mangalsutra' For This Reason