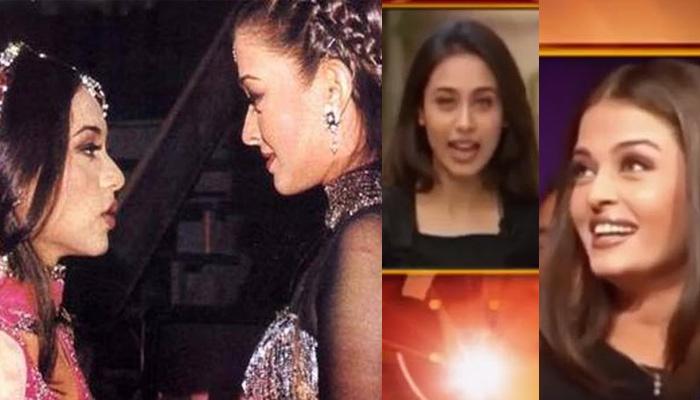 Who said two actresses can’t be friends? While we can vouch (kinda!) that this statement is untrue and that two actresses can definitely be friends, we definitely doubt about how long it will last! Because miffs-tiffs and ego clashes among B-town celebs are a common thing, which often leads to a forever backlash. Sounds scary? (Do Read: Throwback Interview Of Sanjay Dutt About Ex-Girlfriend Tina Munim: I Am Very Possessive About Her)

While there are multiple stories pertaining to our favourite B-town superstars not being in talking terms anymore, there is a pair of celebrity who were once extremely fond of each other. The talk is about none other than once B-town BFFs, superstars Aishwarya Rai Bachchan and Rani Mukerji. The beautiful actresses did not share a lot of screen space, other than Aishwarya doing a hit item number in hubby Abhishek Bachchan and former BFF, Rani Mukerji’s, Bunty Aur Babli. Things turned sour between the two celebrities over a couple of reasons. We will sure get into all that but later! 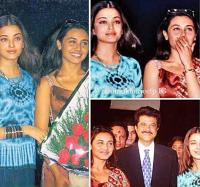 What we have for you right now is a throwback video of the show, Jeena Isi Ka Naam Hai, wherein Aishwarya was the guest for the night. Unable to attend the show that day, Rani had sent an adorable video message for Aishwarya and she was seen calling her ‘Aishu Maa’ in it. In the video, she is seen saying, “Aishu Maa, you know I love you. I am really sorry I couldn’t come for the show because I am unwell. As you know, I am always unwell, I couldn’t make it to Delhi. Just to let you know that I love you, you mean a lot to me. I just love you Aishu Maa. I just want to say one thing, that we are going to be friends forever. I love you.” Well, here’s the video guys:

Yes, so speaking of the fallout, it all started from the shooting of one of SRK’s biggest hit, Chalte Chalte. Aishwarya had just broken up with Salman Khan and he made every attempt to win her back and often applied violent means for the same. At one such instance, Salman indulged in some tod-phod on the sets of the film and as a repercussion, Aishwarya was immediately replaced from the film. And with whom was she replaced? None other her B-town bestie, Rani Mukerji! (Also Read: The Charming Love Story Of Aishwarya Rai And Abhishek Bachchan)

This act of Rani agreeing to be her replacement largely angered Aishwarya, and thus things got downhill between them ever since. Rani and Abhishek had delivered some huge hits and rumours were rife that the duo would soon settle down in real life as well. However, things changed and Aishwarya replaced Rani in real-life and became the Bachchan bahu.

Rani was also upset over the fact that she didn’t get an invite for the wedding from her ‘once favourites’. In an interview with Cosmopolitan, she had shared, “Only Abhishek can throw light on that. The truth is that if a person chooses not to invite you to their wedding, you realise where you stand with the person. You may be deluded and think you are friends but maybe the friendship was only restricted to being co-stars on the sets."

Further adding, “It doesn’t matter. It became very clear and evident that we were only co-actors and not friends. Moreover inviting someone to a wedding is a personal choice. Tomorrow when I decide to get married, I will choose the handful of people I want to invite. A lot has been blown out of proportion. Poor guy has been married for many years, we should all move on. I will always have fond memories of working with him." (Do Read: When They First Met, She Didn't Even Come Up To Him: Love Story Of Rani Mukerji And Aditya Chopra)

But probably the two have let bygones be bygones as last year (2017), on Aishwarya Rai’s father’s demise, Rani went to the actress’s place to offer her condolences. A source close to Aishwarya had revealed, “Aishwarya was visited at home by many of her friends which included Rani Mukerji, Mana Shetty (Suniel Shetty's wife) and Kokilaben Ambani who consoled her."

The best part is that, now apparently things are relatively better between the once BFFs and how well they have moved on from the past and doing well in their own lives. Nonetheless, we all love Rani and Aishwarya! What say, guys?