Here's a list of controversial statements from 'Brahmastra' actor, Ranbir Kapoor and some incidents from his life that played a crucial role in maligning his image in public. Check it out!

Popular actor, Ranbir Kapoor is one of the most talented actors in Bollywood at the moment. The actor is renowned for his strong work ethics and his passion for getting into the skin of his movie characters. His performance in Ajab Prem Ki Gajab Kahani, Rocket Singh: Salesman of the Year, Raajneeti, Rockstar, Barfi!, Yeh Jawaani Hai Deewani, Tamasha, Ae Dil Hai Mushkil, and Sanju speaks everything about his versatility as an actor. Apart from being an exceptional actor, Ranbir is also appreciated for his humble nature and the love he has for cinema.

The year 2022 will always have a special place in Ranbir Kapoor's life, as it was on April 14, 2022, when he had got married to the love of his life and actress, Alia Bhatt, at his residence, Vaastu. After which, on September 9, 2022, Alia and Ranbir appeared on the big screen together for the first time in their mega-budget movie, Brahmastra. The film received mixed reviews from the audiences, but it was a delight for Ranbir and Alia's massive fanbase, who were dying to see them together on the big screen. While Ranbir Kapoor's fanbase is simply gigantic, it is an undeniable fact that the actor has a lot of haters, who never skip a chance to disrupt his happiness and mental peace. However, over the years, Ranbir has given some controversial statements in the media and has been a part of many contentious situations, which provided the much-needed fuel to the hate against him. So without further ado, let's talk about some of the statements and incidents related to Ranbir that failed to impress people!

#1. When Ranbir Kapoor revealed he had been a nicotine addict since the age of 15 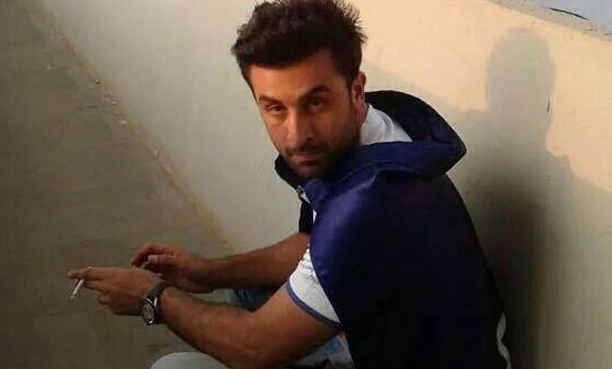 During the promotions of the biographical drama, Sanju, in which Ranbir Kapoor portrayed the character of popular actor, Sanjay Dutt, the former had talked about his own addiction to nicotine. In a conversation with a magazine, Ranbir admitted that he had been a nicotine addict since the age of 15. Reflecting more on his addiction, Ranbir added that he had given up on cigarettes for a few months. However, soon he started smoking again, after which it became his addiction.

#2. Ranbir Kapoor admitted he had cheated in a relationship In the past, we have seen Ranbir Kapoor dodging the questions of being termed as a 'cheater' by his ex-girlfriends. The actor had neither accepted it nor denied it. However, once in an interview with a news portal a few years back, Ranbir had admitted that he had cheated while being in a relationship. Although he had not revealed whether he had cheated on Deepika Padukone or Katrina Kaif, but the reports suggested that it was his Yeh Jawaani Hai Deewani co-star. The actor had accepted mistakes and admitted that it was 'out of immaturity', and nothing else.

#3. Ranbir Kapoor lost his virginity when he was 15 years old When Ranbir Kapoor had turned 15, a lot of things had changed in his life. From getting into the hangover of nicotine and making it a habit to losing his virginity, the actor saw lots of things unfold in front of him at this point of time. Once in an interaction with the media, Ranbir was asked to disclose his age when he lost his virginity. Answering the same, the actor had admitted that he was 15 years old when he got physical for the first time in his life.

It was in 2017 when a series of pictures had created a stir in the entire film industry as it featured Ranbir Kapoor smoking cigarettes with Pakistani actress, Mahira Khan. The pictures received heavy criticism from both sides of the border, and almost everyone trolled the two celebrities for promoting smoking among their fans. Not only this, reports were rife that Mahira and Ranbir are reportedly in a relationship. However, with time, the chaos settled down in the grave of time.

You May Like This: Bollywood Celebrities Who Once Worked As Teachers: Akshay Kumar, Kiara Advani, Anupam Kher, And More

#5. When Ranbir Kapoor revealed he is a beef lover, he said, 'I love beef' 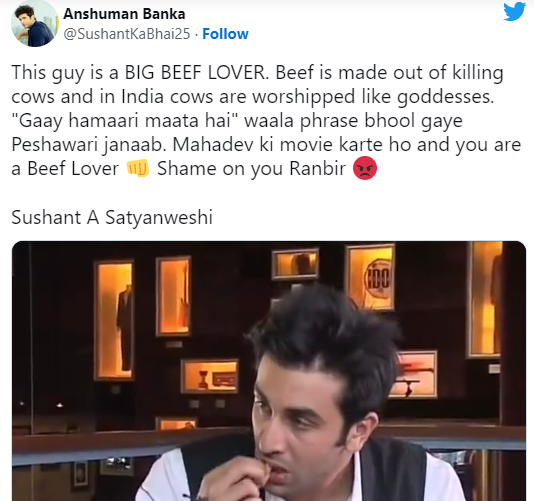 When Ranbir Kapoor was promoting his film, Rockstar, which was directed by Imtiaz Ali, in an interview on a news channel's food segment, he had said something that had hurt the sentiments of a lot of people. It was his conversation with a renowned food expert on a news channel where Ranbir had opened up about his love for non-vegetarian foods. 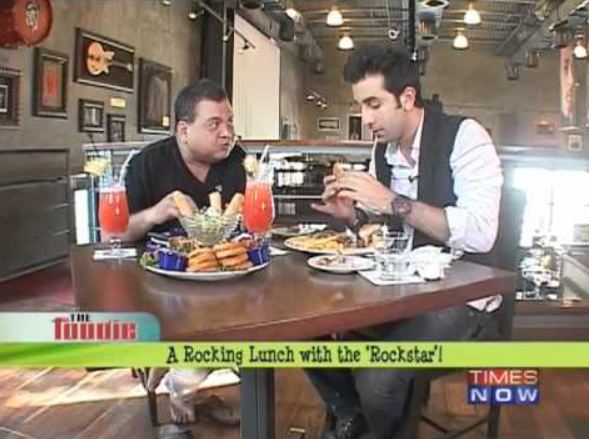 When the food expert had asked him to name the one non-veg item that he loved the most, Ranbir Kapoor had said that he was a big beef lover. The statement had irked a large section of society, and a slight effect was seen on the box-office collections of his film Rockstar. However, in 2022, when Ranbir's much-awaited film, Brahmastra was released, the Bajrang Dal and other Hindu activists brought back his 'I love beef' statement into the public's eye, and it played a significant role in boycotting the film.

During the promotions of the film, Brahmastra, Ranbir Kapoor, and Alia Bhatt once went live on YouTube along with their film's director, Ayan Mukerji. The trio had touched on multiple topics in their film and also addressed the audience's curiosity to witness 'the world of Astras' in their film. However, during one segment of the film, when Alia was talking about their promotion strategy and how they'll not be all over the place to promote their film, her hubby quipped in and had teased his pregnant wife for putting up weight during her pregnancy. Alia had said:

"Of course, we will promote the movie, but if the question you are asking is why we are not phailod (spread) everywhere." There's no denying the fact that Ranbir Kapoor is one of the finest actors in the film industry. However, what are your thoughts about him as a person in real life? Let us know.

Also Read: When Queen Elizabeth II Received 300-Diamond-Studded Necklace From Nizam Of Hyderabad On Her Wedding