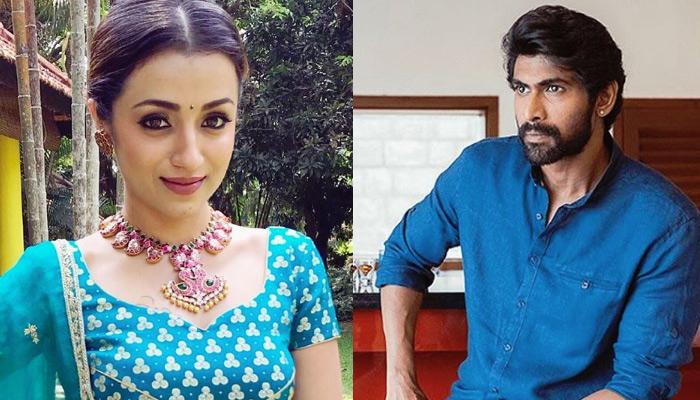 One of the prominent actors of the epic saga, Baahubali, Rana Daggubati is a handsome hunk who has been reigning the hearts of many from a long time. While you talk about his female fan following or the way he has made many boys out there envious of him, Rana has raised the hotness meter real high. All his fans have been curious to know about his personal life or love life, so to say. For the ones who don’t know, Tollywood star, Rana has been in an on and off relationship with Kollywood actress, Trisha Krishnan.

Yesterday’s episode (December 23, 2018) of Koffee With Karan season 6 saw Prabhas, Rana Daggubati and SS Rajamouli as the guests who could be seen at their candid best on the show. The trio was seen laughing their heart out as they together made their debut on the famous celebrity chat show. During the episode, the host of the show, Karan Johar questioned Rana Daggubati about his break up with Trisha. (You May Also Like: Anil Kapoor Feeds His Birthday Cake To Sonam Kapoor And Her Hubby, Anand Ahuja Over Video Call)

Talking about Trisha and their separation, Rana Daggubati said, "She's been a friend of mine from a decade. We have been friends for very long and dated for a little time. But I guess, things didn't work out." During the discussion, SS Rajamouli also shared his thoughts on why he thinks Rana will marry before Prabhas. He said, "Rana is so structured everything has to be broken into structures and pieces for him. His whole life is like 1-10 years, 10-15 years, 15-20 years. Marriage is an aspect, a box to be ticked. That will get ticked. I don't know whether that marriage will last. (laughs)"

Sometime back, singer-actor Suchitra leaked a private photo of Rana and Trisha having an intimate moment and netizens went into a tizzy. At that time, India Today quoted Rana as saying, "It's you guys (the media) who made a big deal out of it, but I really don't give a sh*t. There were so many pictures. If mine made news, it probably means I'm more popular than the others. (laughs) I actually made a big joke out of it at the IIFA Utsavam, when I was hosting it." (Also Read: Cancer Survivor Sonali Bendre Collaborates With Son, Ranveer Behl In A New Venture)

Also, for the uninitiated ones, rumours had it that it was because of Bipasha Basu that Rana and Trisha parted ways and walked out of the relationship. Talking about Bipasha Basu, Rana once stated, “She is a dear friend, a good friend and will remain so. That’s about it. There’s no romance, no dating, nothing.” And when he was further asked about her concern when he got injured, Rana was quoted as saying, “Why can’t a friend be concerned? Like I said, people just like linking us. So many people were concerned, and even if she checked on me, what’s wrong in it? That does not make her my girlfriend!" (Checkout: Bharti Singh And Haarsh Limbachiyaa To Embrace Parenthood In 2019, He Makes The Announcement) 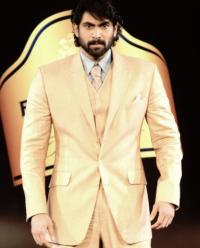 When he was asked about taking his “friendship level” with Bipasha to another, he said, “Well, I already have a girlfriend, I’m seeing someone let’s not get into the whos and hows. I would like to keep mum about it right now. I don’t want speculations.” (Also Read: Chachu Ishaan Khatter And His Guchki Baby Misha Kapoor Raise Christmas Spirit With Their Cuteness)

Well, we wish Rana Daggubati and Trisha Krishnan all the happiness in their lives!