A father-daughter relationship is undoubtedly one of the most pious and beautiful relationships that you will ever find. A father is the first man that a girl encounters ever since she is born and after multiple observations, no wonder, that a girl always looks out for her father’s picture in the man that she decides to lead the rest of her life with. Nurturing ‘his princess’ from her very birth, to the day when he finally has to give away his daughter to someone, is the most difficult task for a father. (Do Read: Chachu Ishaan Khatter And His Guchki Baby Misha Kapoor Raise Christmas Spirit With Their Cuteness)

One of the iconic father-daughter duos in Bollywood is that of Anil Kapoor and Sonam Kapoor (now Sonam K Ahuja). It was on May 11, 2018, that Sonam Kapoor got married to the man of her dreams, Anand Ahuja and ever since, they are truly, one-happy-couple! But do you know, quite like every father, Anil Kapoor had both ‘hard and beautiful’ time seeing the ‘apple of his eyes’ getting married. Want to know the details? Read on! 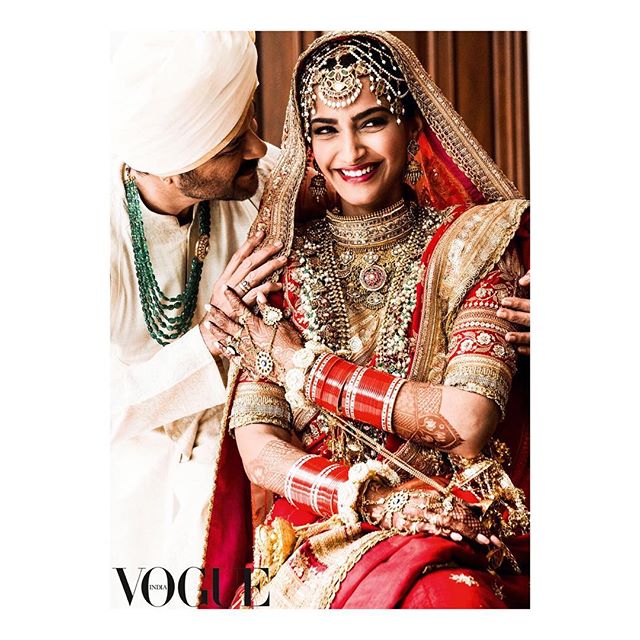 As unbelievable as it would get, the ‘Jhakasss Man of Bollywood’, Anil Kapoor turns 62 today (December 24, 2018)! On account of the same, daughter, Sonam shared a heartfelt note for her father which revealed a lot about the great father-daughter camaraderie. The Neerja star wrote, “Happy happy birthday Dad... this has been a momentous year for both of us. For the first time in 10 years of being in this industry I shared a frame with you and was your costar.. And you also had to see me get married.. all this was a complete roller coaster... hard and beautiful at the same time.. I’m thankful for the teachings of love, progressive ideals and morals that have been a part of my upbringing , and each year I realise more and more what a gift that is in this day and age.. love you so much...@anilskapoor #ekladkikodekhatohaisalaga.” 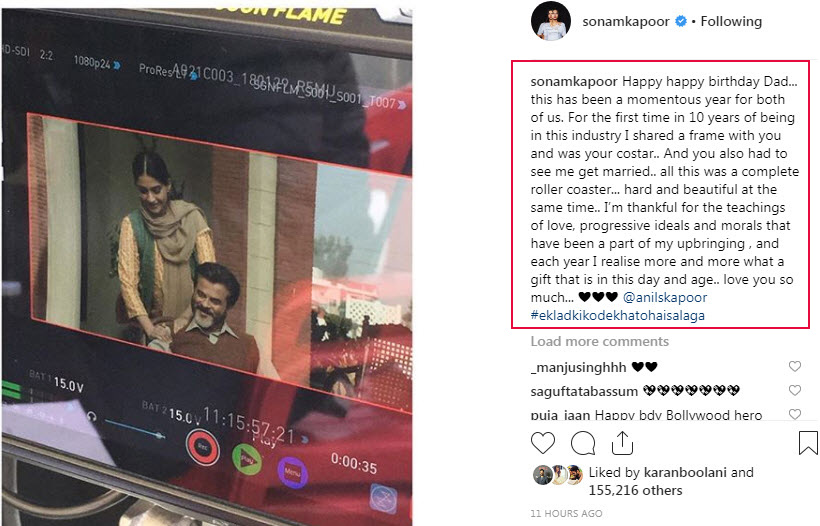 Anil’s wife, Sunita Kapoor too, shared a beautiful picture and an adorable message for her hubby. Calling him, her ‘biggest blessing’, the star wife wrote, “Happy Birthday My Amazing Husband , My Biggest Blessing, My Favourite answered prayer, And my True Love Forever.” Here is the beautiful picture: 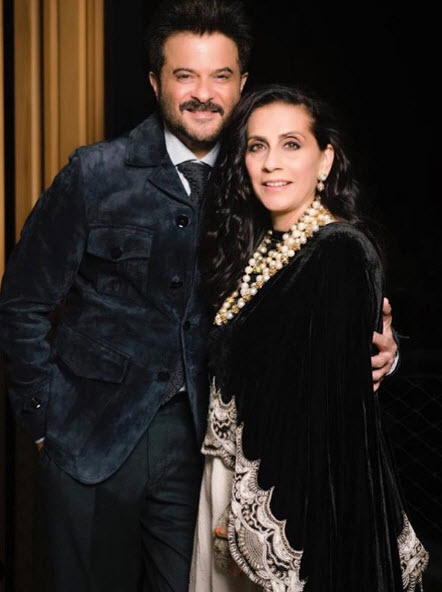 To share with you all a glimpse of Anil’s birthday celebrations, the storehouse of energy, Anil Kapoor cut as many as 3-4 varied flavours of birthday cake with wife, Sunita and son, Harshvardhan Kapoor by their side. What was even cuter was, Sonam and her hubby were on the video call while their papa blew off his birthday candles! Sonam and Anand are not just limited to video calls! A  few while back, shutterbugs captured Sonam and Anand, heading their way back home at the Mumbai airport. Looks like it is a perfect time for Sonam and Anand to spend Anil's birthday and Christmas! Also, checkout the video of Anil's birthday celebration and Sonam-Anand at the Mumbai airport here: (Must Read: Priyanka Chopra Is 'Honoured' To Kiss The Most Stylish Man On The Planet, Husband Nick Jonas)

Do you know, Anil’s son-in-law, Anand Ahuja is in awe of his sasur ji. Giving accolades for his spectacular performance in his latest release, Fanney Khan, Anand wrote his heart out! Sharing a few glimpses of his sasur ji, of his film posters, Anand stated, “One is nothing, one can do nothing, one can achieve nothing without working, dear. If you are poor, work. If you are rich, continue working. If you are burdened, dear, with seemingly unfair responsibilities, work. Dear, if you are happy, keep right on working. Dear, idleness gives room for doubt and fear. Dear, of disappointment comes, please work. If your health is threatened, please work. Dear, when your faith and hope falters, work. Dear, when dreams are shattered and hope seems dead, please work. Dear, work as if your life were in peril. Dear, it really is. No matter what ails you, work. Dear, work with love, faith and patience. Work is the greatest remedy for mental and physical afflictions.” #SwamiRamBaba- Wise words and favorite saying of the real life Fanney Khan @anilskapoor ... Always the hardest worker in the room, and that too with the biggest, most excited (and mischievous) smile on his face! Congratulations on a job well done!”

Anil will be soon seen sharing screen space with his daughter, Sonam Kapoor. Speaking about starring in films with his star children, the Slumdog Millionaire star had stated in a 2016 interview with HT, “Every time a producer comes and wants to cast Sonam and me together in a film, she says, ‘I am not doing the film with dad (laughs)’. But Harshvardhan is very cool about it. He wants to do a film [with me]. In fact, there is a film that has been pitched to us. Sonam doesn’t want to [work with me] but I will [work with her] one day (laughs). And so it happend! The first poster of their first-starrer, Ek Ladki Ko Dekha Toh Aisa Laga is releasing today, on his birthday and sharing a poster of teh same, Sonam wrote, "What a day to release the first poster of #EkLadkiKoDekhaTohAisaLaga. Happy Birthday Daddy @Anilkapoor! This film is a tribute to the father-daughter bond. Trailer releases 27th December. #LetLoveBe @rajkummar_rao @iamjuhichawla @FoxStarHindi @vinodchoprafilms @saregama_official." Here is the same: And you know what? Anil Kapoor is such an ideal father! In the same interview, he also stated that no matter what, he will always be there for his kids and family, “Of course. I am there for all my kids — Rhea, Sonam and Harsh — whenever they need me. I am just a phone call away. That’s my priority, and has been for quite a few years. In fact, I had initially said no to the new show, because I had to complete 24, and Harsh’s film was going to be released. So, I wrote to my director, and said, ‘I have to let it go’. So, I had said no to the biggest opportunity of my life. But they were kind enough to change the schedule. A few of my close friends told me, ‘We would have rushed through 24 episodes and Harsh’s film would have released anyway’. But I said, ‘You can do that; I can’t’. Family is my top priority.” (Also Read: Sargun Mehta’s Birthday Post For Husband Ravi Dubey Is All About Love That Needs No Definition) 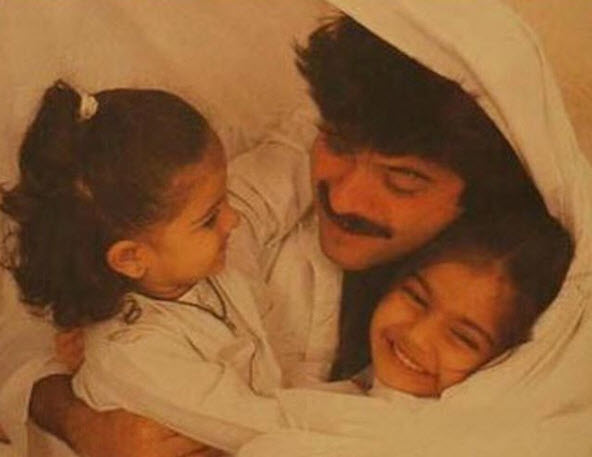 Isn’t that amazing? Anil Kapoor, we wish you a very happy 62nd birthday and many more to come!