We can already hear the wedding bells as a possible December wedding is on the cards for Rana Daggubati and Miheeka Bajaj. Scroll down to find out more! 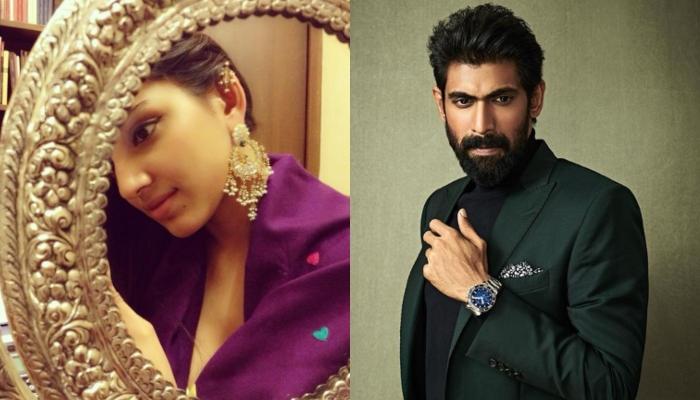 One of the most eligible bachelors of the glamour industry and the heartthrob of millions out there is not a 'bachelor' anymore as he has finally succumbed to the eventual resort of 'love'! Yes, ladies and gentlemen, Rana Daggubati has finally given the 'reins' of his life to his 'queen' and his fans and the whole of the glamour industry is going gaga over the news! (Recommended Read: Boman Irani Had Proposed His Wife, Zenobia Irani On Their First Date And This Is How She Had Reacted)

The handsome hunk and South superstar, Rana Daggubati is known as someone who keeps his personal life discreet and away from headlines. Even though, the heartthrob of millions has been linked to various actresses over the years, like, Bipasha Basu, Trisha Krishnan, Kajal Aggarwal, and of late, Rakul Preet Singh. Although, he had always denied all such rumours and so did the actresses. And now, since the news of his engagement with Miheeka Bajaj is out, everyone is eagerly waiting for the wedding bells. Scroll down to find out more about their wedding!

Our gossipmongers were at work again and this time they've come back with a piece of news which will make all of us dance with joy! So apparently, after breaking millions of hearts out there, Rana Daggubati had popped the question to Mumbai-based interior designer, Miheeka Bajaj, and now a probable December wedding is on the cards for the newly engaged couple! In a conversation with Hyderabad Times, Rana's father, Suresh Babu expressed his joy over the newly formed alliance. He said, "During these grim times, we finally have a reason to celebrate. The entire family is happy. The kids have known each other for a long time now and we’re all very happy for them."

Rana's father further dropped some hints about a possible December wedding for the couple and said, "The wedding will happen this year. We were thinking of having it around December but it could happen even sooner than that too. We will reveal the details once things are finalised. One thing’s for sure, the kids have given us a nice way to enhance our lockdown productivity. We’ll now be busy planning a wedding." Finally, something to celebrate amongst this gloominess! Miheeka Bajaj's mother, Bunty Bajaj and father, Suresh Bajaj have their own jewellery brand in Hyderabad while Miheeka herself runs an event management and decor company called Dew Drop Design Studio in Mumbai. (Also Read: Shweta Tiwari Teaches Her 'Nanhayatri', Reyansh How To Ride A Cycle, Shares Adorable Pictures)

Ever since the news of Rana Daggubati and Miheeka Bajaj's engagement came out in the light, a flood of congratulations and good wishes started to pour in as the whole of the industry felt elated by the news. Miheeka Bajaj is known to be a very good friend of Bollywood actress, Sonam Kapoor Ahuja. She had sent the couple all her love and warned Rana to keep her 'friend' happy always! Not only Sonam, but a lot of close friends of Rana had congratulated him for the good news. Pulkit Samrat, Kajal Agarwal, Dulquer Salman, Rhea Chakraborty, Samantha Prabhu, Shruti Haasan, Tamannaah Bhatia and a lot more celebrities had taken to the comments section and expressed their joy over the alliance! (You May Also Like: Inaaya Naumi Kemmu Gives An Angry Look, Daddy, Kunal Kemmu Reveals The Reason Behind It)