Bollywood actor, Boman Irani shares his filmy love story in the times when love was a taboo and how they are still in love after 35-years of marriage. Scroll down to know more!

We live in a world of instant messages and online dating! Nowadays, someone's love is judged by the number of 'couple pictures' they upload on their Instagram feed or by sharing Netflix passwords. In the midst of it, 'saccha pyaar' has taken a back seat. The new-age hookups and instant breakups have lost everyone's belief in true love. And we all will agree that love was true in the olden times when couples used to meet 'chup-chup ke' from the parents. When love used to 'happily' wait for the other's reply. When a black and white picture was kept as a treasure in the hardcover books. That was the time when couples used to talk more on a date and not just click selfies. And Bollywood's finest actor, Boman Irani's love story brewed in those times. (Recommend Read: Bhagyashree Opened Up On Whether She Regrets The Decision Of Quitting Movies For Her Kids)

Before we take you further into the cutesy love story Boman Irani and Zenobia Irani, let us take a look back at the finest actor's glorious journey into Bollywood. Boman has shown the world that you are never too old to make another plan or create a new dream list for yourself. And we still love his outstanding performances in films like Munnabhai M.B.B.S, Khosla Ka Ghosla, 3 Idiots and many more. However, not many know that it was his wife, Zenobia Irani, who had encouraged him to take the leap of faith. 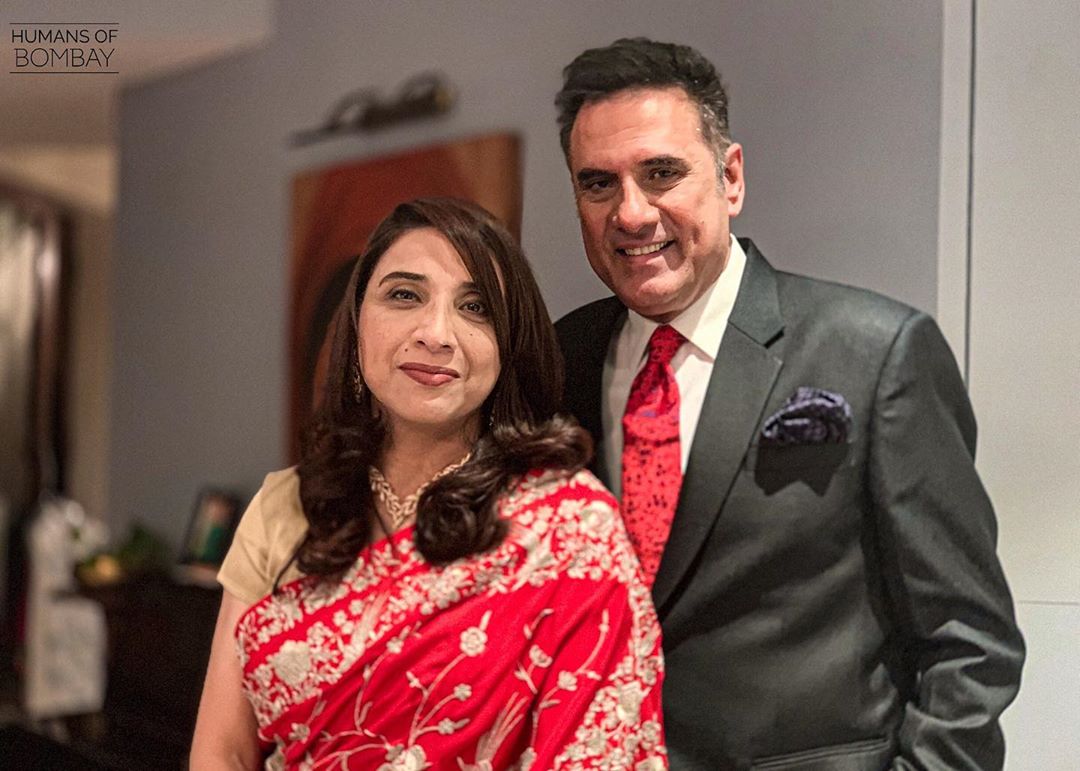 Boman and Zenobia's love story proves that love at first sights is real and all you need is a lot of patience to make it successful. Recently, in an interview with Humans Of Bombay, Boman shared how he had met the love of his life at a wafer's shop. The actor shared, "It was love at first sight when Zenobia walked into my Wafer Shop. She made my day with just minutes of conversation. Soon, she began visiting every day & I knew she liked me too–I mean, who needs so many wafers? Across-the-counter chats turned into calls–we’d talk about everything. But during her BSC exams, her dad said, 'If you don't mind, please don't call for a month, she's getting distracted!' It was tough, but it cemented my feelings." Boman further revealed how he had proposed to his 'dream girl' on the first date but her reply wasn't what he was expecting, "Finally, after her exams, we went on our first date. But before we even got the menus, I blurted, ‘I think we should get married!’ Kids these days will think I was bonkers but I didn’t need to ‘figure it out’. I knew she was the one. Ã¢ÂÂ£You know what she said next? ‘Ya, of course. Oh, wait! I forgot my umbrella.’ I’d just proposed & that’s what she said! She thought it was raining when it was just the sound of a Sizzler plate! That night, I knew 2 things: I was going to marry her & I wouldn’t need a TV–we had all the entertainment we needed. Guess I was right–we still joke about that night!" (Also Read: Karanvir Bohra Posts Just-Born Throwback Pictures Of Twins Bella And Vienna With Their Dadi And Nani) 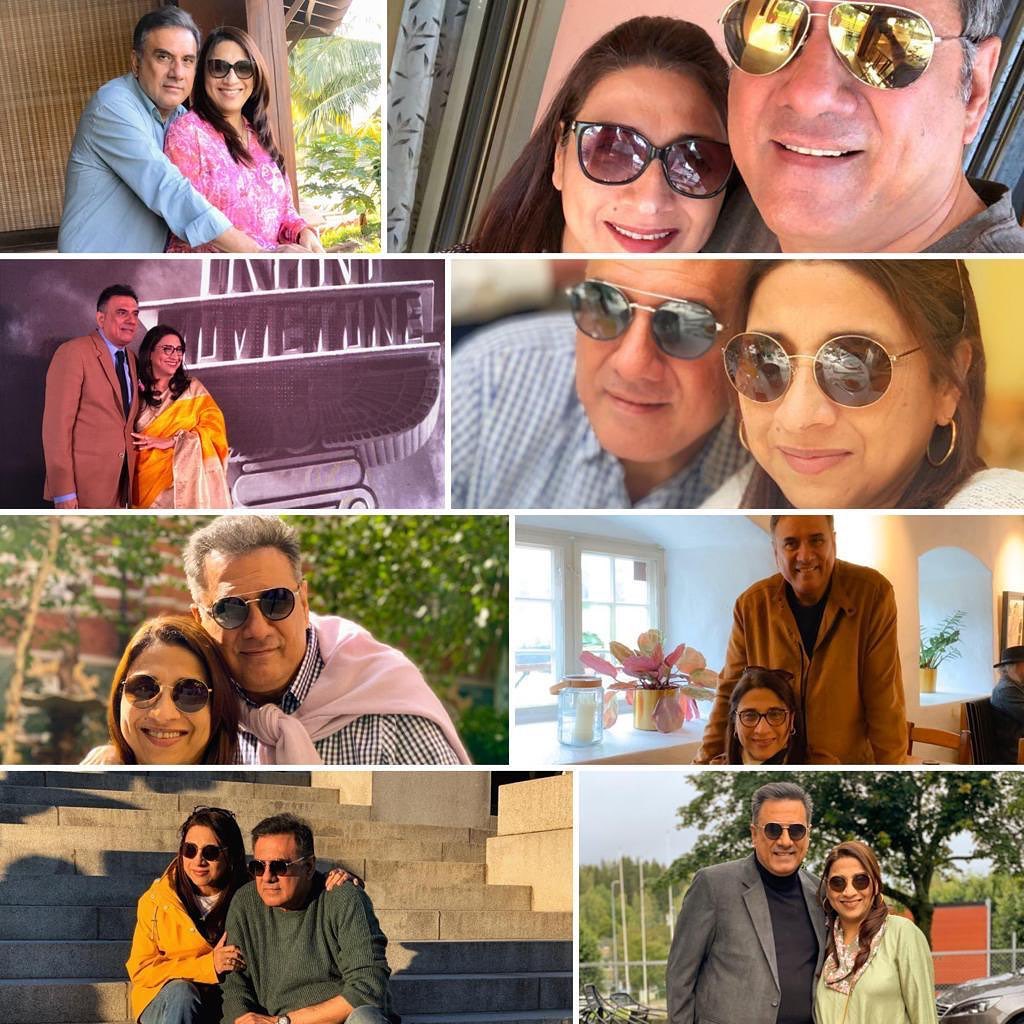 It is said behind every successful man there is a woman. Well, this stands true in Boman's case as his wife, Zenobia has become the anchor of his life and has helped him achieve his dream. The actor shared, "On our 1st anniversary, she ‘surprised’ me with a camera–except she used the tips I’d earned at the Taj to buy it! Before we knew it, we had 2 kids–we were eager beavers! But the best part about marriage was that I didn’t have to deal with her 9 PM curfew or her dad waiting like a tiger on the porch.Ã¢ÂÂ£ But honestly, for every laugh I get out of her, she’s been my anchor through it all. She took over the Wafer Shop, took care of the family & pushed me to follow my dream of becoming an actor." Boman went on to say, "I’m in the spotlight now, but she’s my moral compass. Once, when I’d quoted a fee for a show, my manager realized their budget was larger. When I asked Zenobia about charging a higher fee, she said, ‘No–you were happy with the 1st price so don't get greedy!’ So I say, she may be bad for business but she’s good for the soul. Ã¢ÂÂ£3 kids & 2 grandkids later, the humor is going strong. We still play 20 questions every time we travel, a game we played on our honeymoon–but I never let her win! It’s been 35 years of laughing together & that’s the key–seeing her smile is everything... even if it's because she knows I’ve got my next joke lined up for her!" 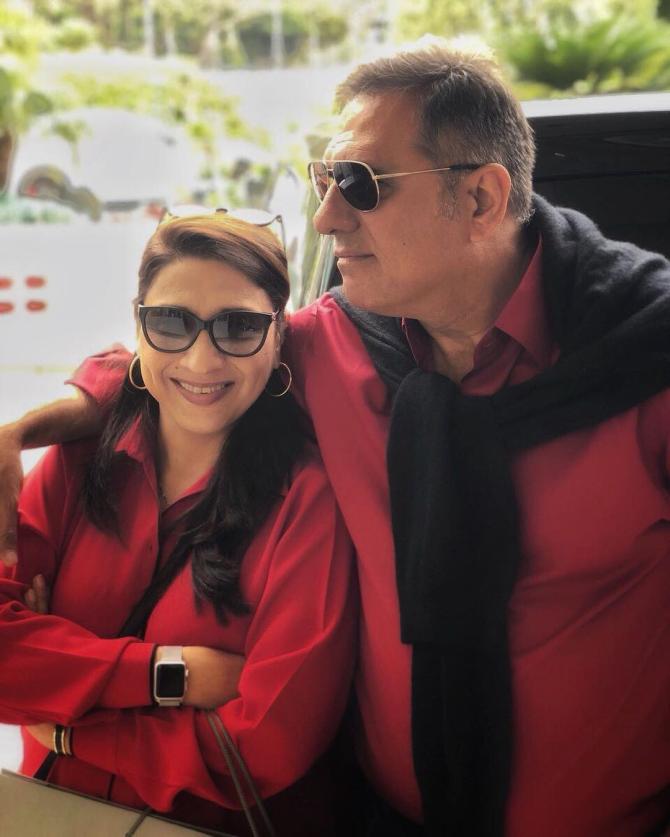 On January 28, 2020, Boman Irani and his wife, Zenobia Irani had completed 35 years of their 'happily ever after' and the actor had taken to his Instagram handle and had wished his wife with a heartfelt note that could be read as "It's been thirty-five years today. They say marriage is a two-way street. Not true, because in a two-way street, traffic moves in opposite directions. Thirty-five years we have driven in the same direction and even though you don't have a driver's license. You have been the one driving all along. Safe, steering and breezy. I'm the spotlight guy but that's my job. At home, you are the superstar! For family, friends, kids and dogs too. You never asked for the spotlight, it just shines on you and you in return reflect it on all of us to bask in. Thirty-five years you've been doing this. Drive on, shine on, guide on partner. Happy Anniversary." (Don't Miss: Janhvi Kapoor Shares Video Titled 'Quarantine Tapes' Talks About Parents, Friends, And Shooting Days) 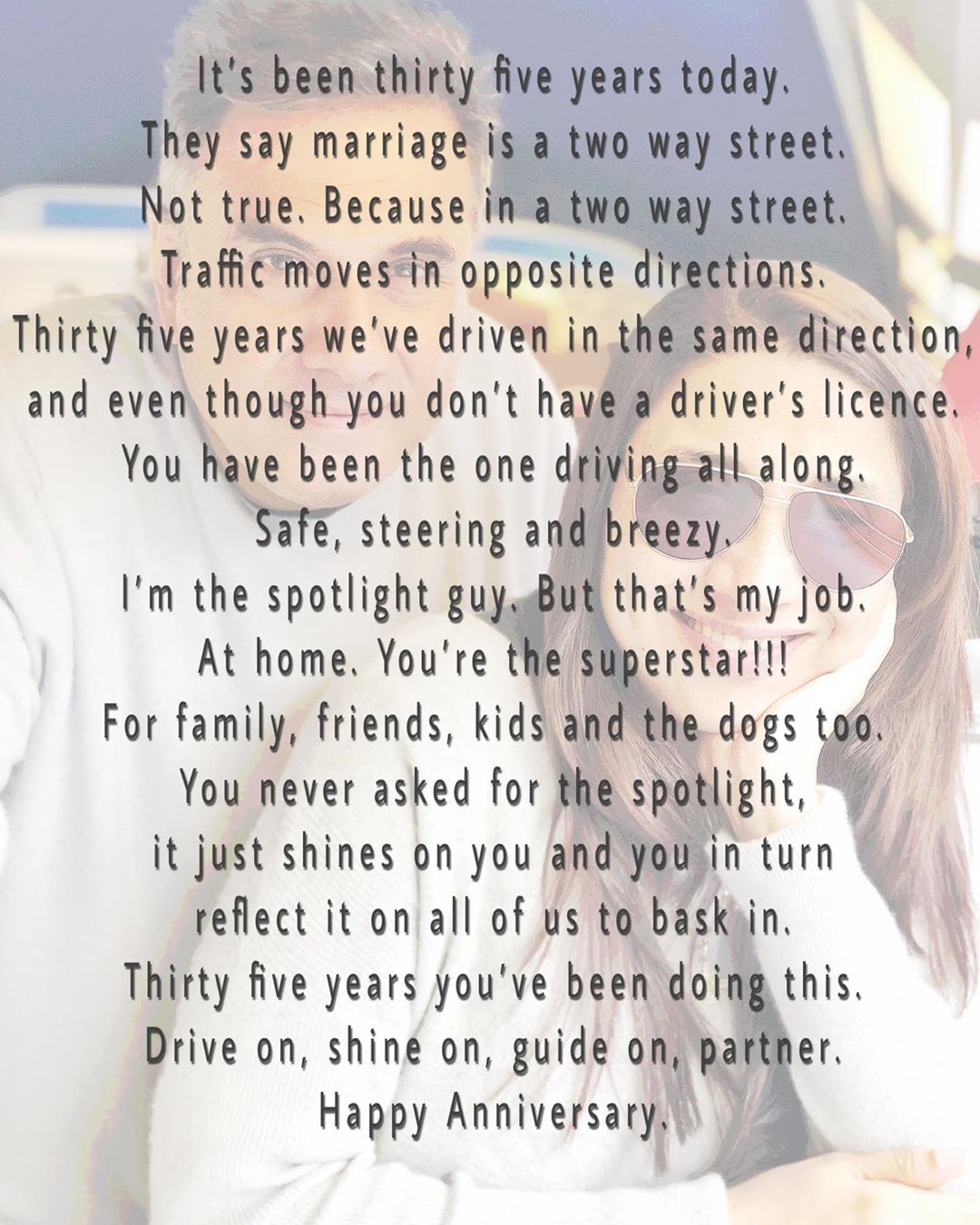 Well, Boman Irani's love story is truly filmy! What do you think?