After an intimate 'roka' ceremony, Rana Daggubati and Miheeka Bajaj are all set to take the next step in their relationship. Check out all the details below!

Marriage is the most awaited phase in a person's life. While some dream of this day ever since they understand the meaning of shaadi, others anxiously wait for this day after meeting the right life partner. But imagining a wedding in the midst of a deadly pandemic seems like a bad dream. Within just six months, a highly contagious virus had made everyone locked inside their homes and taken many lives across the world. However, love in the times of COVID-19 is the most beautiful feeling. Many people had declared their love in these uncertain times and the social distance has made them realise the importance of the other. (Recommend Read: Karisma Kapoor Wanted To Act In Grandfather, Raj Kapoor's 'Henna', Had To Opt Out For This Reason)

Amidst it, one Bollywood actor that broke many hearts with the open declaration of his love is, Rana Daggubati popular for playing the antagonist, 'Ballaladeva' in the film, Baahubali. The macho man of Bollywood and Telugu industry is in love and everyone is celebrating his happiness. On May 12, 2020, Rana Daggubati had taken to his Instagram handle and had shared the picture with his soulmate, Miheeka Bajaj. He had posted a mushy picture with her and had written, "And she said Yes! #MiheekaBajaj", followed by a heart emoji. 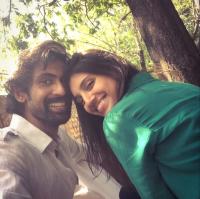 Ever since we had heard the news of Rana and Miheeka's relationship, we are anxiously waiting to hear their shaadi news. According to a recent report in the Deccan Chronicle, the couple is all set to tie the knot on August 8, 2020, in Hyderabad. The details were confirmed by the actor's father, Suresh Babu, who shared that both the families would attend the ceremony. He also stated that the wedding will be performed as per the government guidelines looking at the Coronavirus pandemic. (Also Read: Ravi Dubey And Sargun Mehta Talk About Their 'Pati-Patni' Fights, Reveals How They Deal With It) 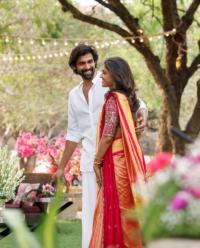 It was on May 20, 2020, when Rana Daggubati and Miheeka Bajaj’s families had hosted a roka ceremony to formalise a date for the couple’s engagement and marriage. The actor had posted a picture with his beautiful ladylove, Miheeka, Rana had written, “And it’s official!!” Miheeka had also posted a picture from the ceremony and had written, "To the beginning of forever @ranadaggubati" and "My happy place!@ranadaggubati". 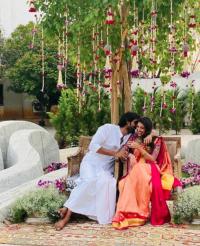 In an Instagram Live wit Lakshmi Manchu, Rana had opened up about how he had confessed his love for Miheeka. The actor was asked how he had proposed her. To which, he had replied, “I thought about it how to go and in the evening I confessed to Miheeka. She already had an idea of what was coming. I was too casual and no nervousness.” (Don't Miss: 'Chachu' Varun Dhawan Helps 2-Year Old Niece Cut Her Quarantine Birthday Cake, She Loves Him Back)

Well, we cannot wait to witness the band, baajaa, baaraat of Rana Daggubati!