Ramanand Sagar's epic show, Ramayan's star, Arvind Trivedi's death reports were circulating all over the internet in recent days and now his family has come forward to reflect on the same. The coronavirus has bought the strongest of nations down on their knees and has proved the mantle of nature in the most painful manner. Despite having some of the brightest minds, who are capable of finding life on another planet, they’re simply clueless in front of this pandemic. No wonder, it’s one of the worst pandemics that humanity has faced right from its existence, but there’s a better side of it too. The good side that has forced people to spend some time with their family, cousins, siblings, and a long break from the hustle and bustle of the chaotic work life. However, the recent demise of two Bollywood greats, Irrfan Khan and Rishi Kapoor had shocked everyone but at the same time has given rise to the death hoax of a lot of popular celebrities, and it’s saddening to see. (Recommended Read: Rashami Desai Talks About Bond With Sidharth Shukla And Emotionally Admits Love Isn't In Her Destiny) 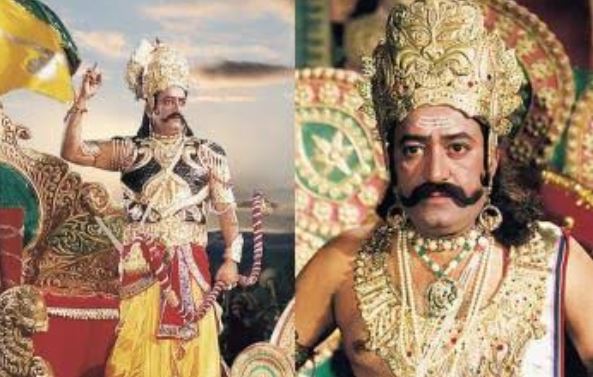 The nephew of Arvind Trivedi, Kaustubh B Trivedi took to his Twitter handle and bashed all the people, who are spreading the death rumours of the actor on the internet. Kaustubh wrote, “Dear all my uncle Arvind Trivedi lankesh is all good and safe. Stop spreading fake news it is requested. Now please spread this. Thanks.” Moments later, the official Twitter handle of Arvind ji also revealed the same news and it can be read as “Dear all, Lankesh is completely fine and safe. It is requested to stop spreading fake news and please spread the news of their being safe. Thank you. #ArvindTrivedi.” Take a look! (Don’t Miss: Yuvika and Prince Confirm Breaking All The Ties With Rashami Desai's Ex Beau, Arhaan Khan, Know Why)

Dear all my uncle Arvind Trivedi lankesh is all good and safe. Stop spreading fake news it is request. Now please spread this. Thanks pic.twitter.com/XvmGnCPNy5

Well, we are glad that the legendary actor is fit and fine and all these rumours about his death are false. The reason why the actor has been targeted by the people, who are behind his false news, goes to the re-run of the show that has ended recently. The whole India is under lockdown, and DD National had delighted everyone with their decision of re-running the legendary show, Ramayan to bring back the good old days in every Indian family. There’s no doubt that the move has played quite brilliantly as people were discussing Ramayan episodes on Twitter on a daily-basis. On April 16, 2020, the official Twitter handle of DD National had revealed in their tweet that 7.7 crore people all over the globe have watched the show. The tweet could be read as “Thanks to all our viewers! #RAMAYAN - WORLD RECORD! Highest Viewed Entertainment Program Globally.”

However, people, who were associated with the making of the show and were watching its rerun in their homes, are the ones, who had experienced the maximum nostalgia. One such person is show’s lead actor, Arun Govil, who had portrayed the character of ‘Ram’ in the show. Recently, in an interview with Pinkvilla, Arun Govil had talked about watching Ramayan along with his family and had revealed, “Absolutely. While I was watching Ramayan, many memories from the shoot came back. As someone who played one of the prime characters, I was walking down the memory lane at the same time while I was watching it.” (Also Read: Kareena Trolled For Posting Taimur's Photo Post Rishi Kapoor's Death Is Why Grief-Shaming Must End) We wish all the health and happiness for Arvind ji!