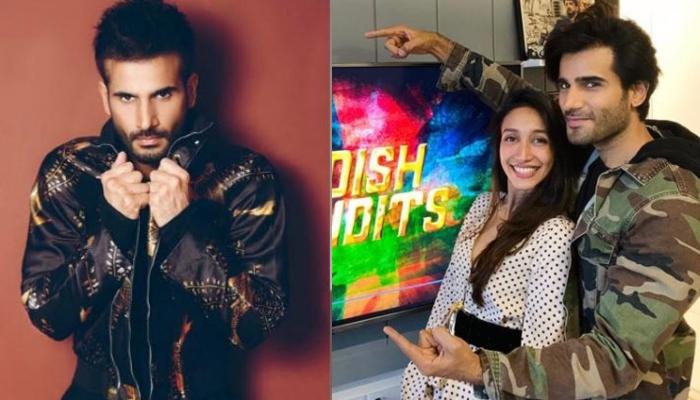 We have heard people saying that sometimes in the middle of an ordinary life when you least hope for it, love finds you and sweeps you off your feet. Something similar has happened in the life of popular television actor, Karan Tacker. For the last one year, there are reports all over the media and internet that the handsome hunk has found his someone special in actress, Shreya Chaudhry. But both of them have denied these reports time and again. (Recommended Read: Soha Ali Khan's Little Daughter, Inaaya Makes Colourful Lord Ganesha To Celebrate Ganesh Chaturthi)

However, at the same time, they have never missed to give us major couple goals with their cute PDA. And, something similar has happened on the auspicious festival of Ganesh Chaturthi, as Shreya Chaudhry has dropped a cutesy comment on Karan Tacker's photo. Scroll down to take a look!

On August 22, 2020, popular television actor, Karan Tacker took to his Instagram handle and posted a beautiful picture of him with his parents and sister, Sasha Tacker from last year's Ganesh Chaturthi. In the gorgeous photo, we can see Karan's parents standing on one side, while he is standing with his sister, Sasha Tacker on the other. And, the whole family poses for the camera with bright smiles on their faces. It's hard to stop us from complimenting the beauty of Lord Ganesha's murthi that is right in the middle of the frame. Along with this picture, Karan wrote a few lines, which can be read as "Really going to miss Ganpati this year! Miss all the pujas, the atmosphere at home, all my friends who come every year, the long chats over delicious food, and the visarajan with the want to see Bappa again the next year! Love and light to everyone! Ganpati Bappa moriyaaaa!" Take a look. 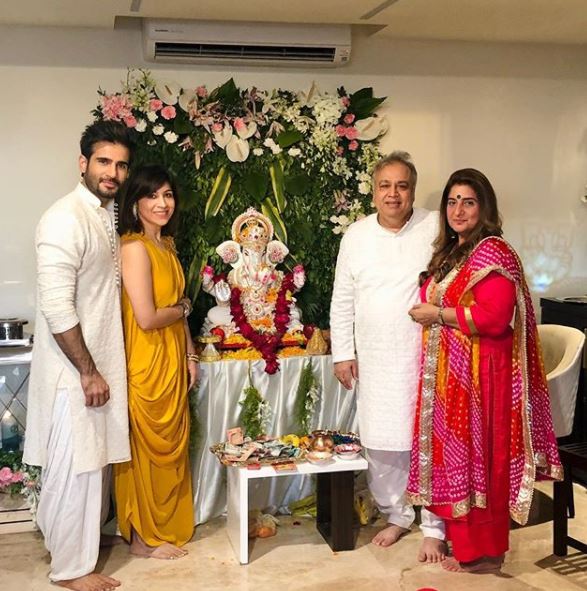 On Karan Tacker's post, his doting sister, Sasha Tacker has also dropped a warm comment, and it can be read as "Missing it all" followed by a heart emoticon. The doting sister also shared Karan's post on her Instagram story and pasted her comment atop. However, it was Karan's rumoured girlfriend and actress, Shreya Chaudhry's comment that has received the most limelight as she dropped a heart and folded hands emoticons on his post. Well, this isn't the first time, when we are witnessing these sort of sweet exchanges between the two actors on social media. 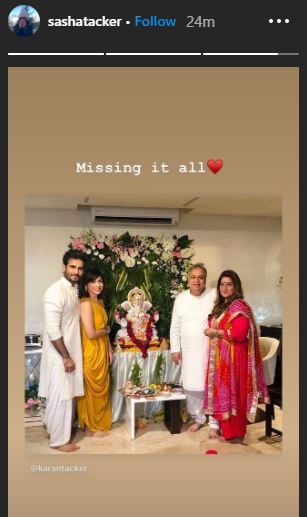 Last year, on June 7, 2019, Karan Tacker had shared a dancing video on his Instagram handle, wherein, we could see the handsome hunk showing off his filmy steps on a Bollywood chartbuster. He had captioned the video as, "Bhai aaj Friday mood mein hain..! Saare dance form ek taraf aur apna Bollywood dance ek taraf..! Nothing makes me happier than dancing to full filmy songs ! #rehersal #dance #bollywood #full #filmy #friday #mood #stage". While it was an amazing treat for his fans, his rumoured girlfriend, Shreya had instantly dropped a cutesy comment on his post, and it could be read as, "Look at you" followed by the awestruck emoticon. And to this, Karan had given a flirtatious reply as he had written, "Keep Looking At Me." Take a look at the video below:

For those who don't know much about Shreya Chaudhry, well, she had made her Bollywood debut in Dear Maya (2017). The actress is leading all the headlines right now, after the success of her web series, Bandish Bandits, in which she played the lead role opposite actor, Ritwik Bhowmik. Well, Karan and Shreya had met each other at a fashion event and had felt the sparks instantly. But the couple has refuted all such speculations time and again, even to this very day. (Also Read: Rhea Chakraborty Had Said This To Sushant Singh Rajput's Mortal Remains At The Cooper Hospital) 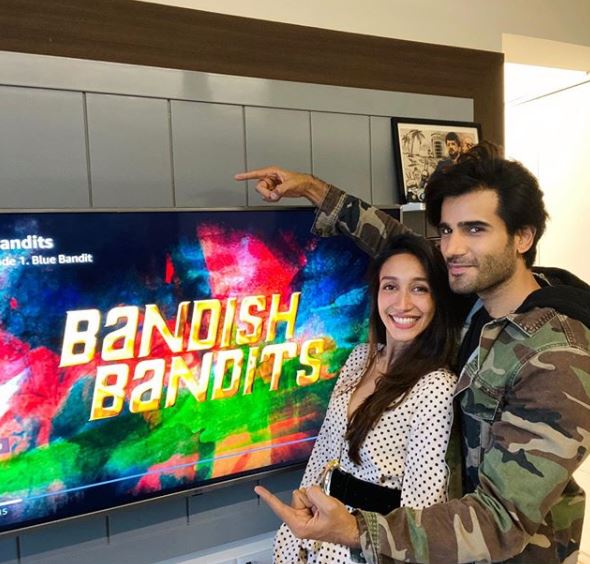 Do you find Karan and Shreya's jodi perfect?