Rakhi Sawant was recently in news for her hush-hush wedding with UK-based Riteish. Now, her recent video hints towards 'all is not well' in her happy paradise with hubby, Riteish. 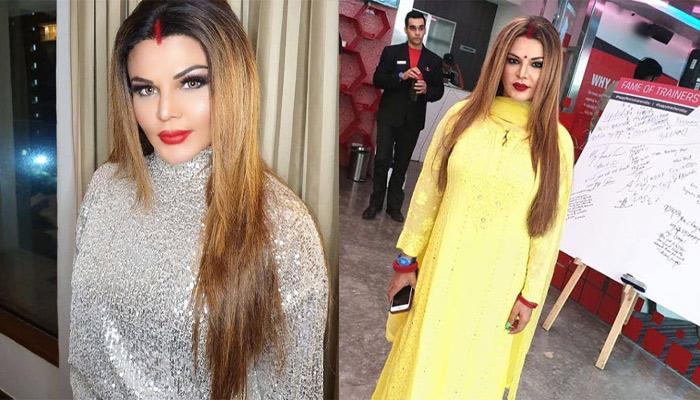 Whenever we hear the word controversy queen, the first name that pops into our head is that of Rakhi Sawant. Rakhi is unbeatably the most controversial actress, who is known for her controversial statements and comments on other celebs and their personal lives. Rakhi always manages to grab attention of the public and no matter what, you can never ignore her bold statements and shocking revelations about her life. Rakhi was recently in news for her hush-hush wedding with UK-based, Riteish. (Recommended Read: Janhvi Kapoor Recreating Mom, Sridevi's 'Chandni' Look Will Make You Sing 'Tere Mere Hothon Pe')

Rakhi Sawant took everyone by storm when she had shared a picture on her Instagram handle, all dressed up a Christian bride and wearing chooda and sindoor. Initially, she had refused the rumour about her hush-hush wedding and it was only later that she had accepted the same. On August 4, 2019, Rakhi had confirmed her marriage to an NRI in an interview to SpotboyE and had said, "Main darr gayi thi, haan maine shaadi kar li hai. I am confirming the news with you today. (I was scared but yes, I got married. I am confirming the news with you.)." Though, some still believe that Rakhi is faking her wedding news as no one has seen her hubby yet and have only heard her talking about the same. 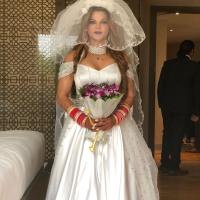 Rakhi Sawant, in an interview with SpotboyE, had revealed details about her NRI husband and had said, "Well, his name is Ritesh and he is in the UK. In fact, he has already left. My visa is underway and I will join him. Of course, I shall continue to work whatever I get in India, so will shuttle for that. I always wanted to produce TV shows and I think my long-standing dream will now be fulfilled." Rakhi leaves no platform to showcase her talent and the internet being her favourite, we have spotted her on various apps. From God’s parvachan to motivating people, Rakhi leaves no stone unturned to grab the attention of the followers. On December 10, 2019, Rakhi took to her Instagram and posted a series of TikTok videos and in one of the videos, she is seen repeatedly saying, ‘Shaadi Mat Karna.’ Well, her recent TikTok videos hint towards all is not well in her wedded life.

During the same interview with SpotboyE, Rakhi had also revealed her beautiful love story with Riteish and had said, “It's a fab story. He was my fan. He WhatsApp me. Messaging and then talking to him, we became friends with the passage of time. This happened about a year-and-half back. Then in fact, he proposed if I would like to marry one of his friends. I turned it down politely. Dil mein ghanti nahin baji, I told him. He promptly asked, 'Mere liye dil mein ghanti bajti hai kya?' I said I need time to think. As more time rolled by, I realised I was falling in love with Ritesh. And, it was happening so very naturally. Trust me, I met him for the first time only 15 days before our wedding. He came down and I was sure that I had met the right guy." (Suggested Read: Neha Dhupia And Angad Bedi Recreate DDLJ Look For A 90s Theme Party, Reminds Us Of Raj And Simran) 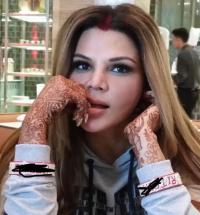 While everyone was waiting for a glimpse of Rakhi Sawant’s husband, Riteish, she had revealed that her hubby will be making a public appearance on Bigg Boss. But later, it was revealed by Rakhi that her husband is a media-shy person and doesn’t want to come out in open. As per Rakhi’s interview, her husband had only one condition of marrying her and revealing the details about the same, Rakhi had said, “Unka ek hi point tha, media nahi chahiye. Mera ek bhi photo media me viral nahi hona chahiye because I’m a businessman. To maine kaha, oh bhagwan, ab main media se kaise chupungi. Media se chaand suraj chhup sakte hai, rakhi sawant kaise chhup sakti hai. But vo bilkul nahi chahte media me aana kyunki unko kuch effect ho sakta hai unke business mein, yeh unka protocol hai.” 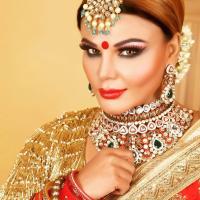 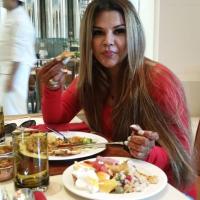 Revealing his identity, Rakhi Sawant’s mystery husband, Riteish had given his first-ever interview to SpotboyE and had stated that Rakhi is God’s gift to him. When asked if he wants to change anything about her, Riteish had said, “Nothing. I am blessed. Rakhi is God's gift to me. I have never seen a woman like her. I think she is superior to me.” And talking about one thing he would never want to change in Rakhi, he had said, “Her outspokenness. She is very frank, and I think that's a great virtue.” Ritesh had shared the news about starting a family and had said, "I want two kids. I have a gut feeling that my first will be a daughter and the second one will be a son." When asked if Rakhi is pregnant, he had revealed, "Not yet, but she will soon be." (Must Read: Shah Rukh Khan's 'Embarrassed' Reaction To Wife, Gauri Khan Dressed Up As K2H2's Tina Is Unmissable) 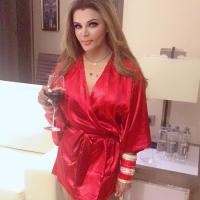 First, Rakhi’s hush-hush wedding and now her ‘Shaadi Mat Karna’ video, she surely knows how to keep the spotlight on her. 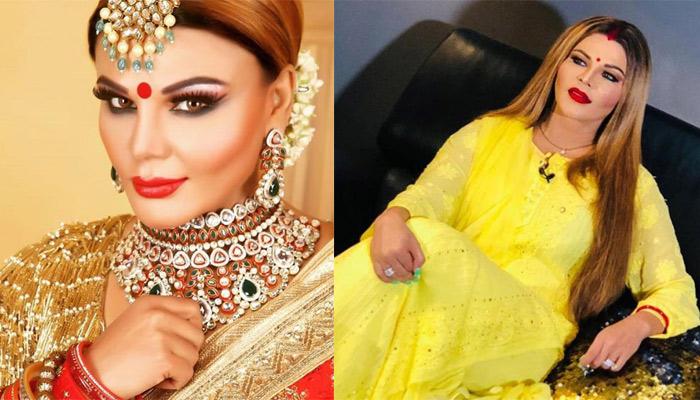 Rakhi Sawant with her controversial statements and bold comments has always managed to be in the spotlight. For some reason or the other, we always spot Rakhi in some major controversies and giving her opinion on the matter that might not even concern her. She is undoubtedly the most controversial queen of 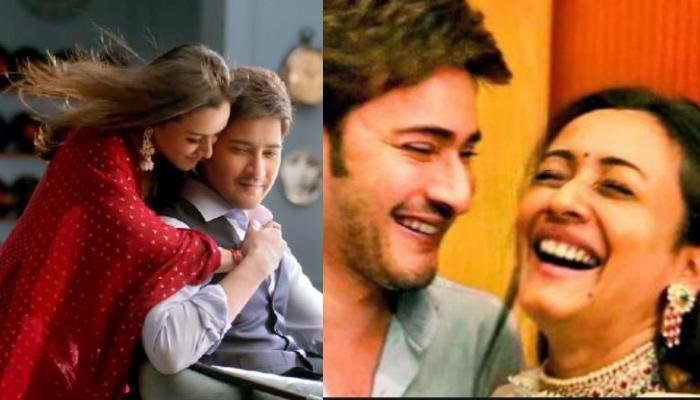