A Rajput wedding is filled with different customs, colours, lights and royal vibrancy which till date has not lost its charm.

Marriages are certainly made in heaven and are one of the most important events in a couple’s life. Every tradition has its own customs and rituals and similarly, Rajputs too have their own distinct and grand rituals of marriage which extend for days. A Rajput wedding is filled with different customs, colours, lights and royal vibrancy which till date, has not lost its charm.

Recommended Read: Sacred Rituals And Traditions Of An Indian Christian Wedding That Makes It An Elegant Affair 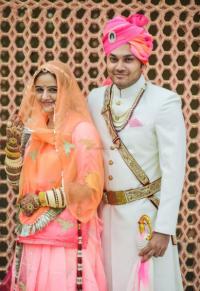 Hailing from the land of fighters and known for their valour, Rajputs give immense importance to their customs, festivals and marriages. A Rajput bride is considered the most beautiful and elegant with her traditional jewellery and henna-clad hands and feet. Let us take a detailed look at the various rituals performed by a Rajput bride.

One of the most important criterias of a Rajput wedding is matching the horoscopes, wherein, both the parties check each other’s astrological charts for matchmaking and for any possible royal lineage.

Tilak Ceremony Or The Sagan

Few days before the wedding, a puja is performed wherein, a Ganesh idol is installed and a havan takes place. This puja is performed by giving different offering to the deity for a happy and hassle-free wedding.

In this ritual, the bride and other females hand paint holy symbols on walls, floors or wooden boards. All the ingredients of the puja are kept besides these symbols. This ritual is done to drive away evil forces before beginning the marriage ceremonies. 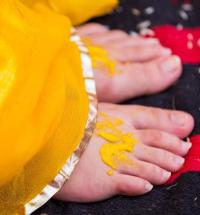 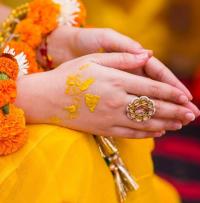 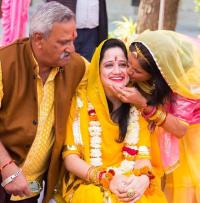 This custom is very popular but the name may vary in different regions. Pithi Dastoor is a pre-wedding ceremony where a bride is applied turmeric paste to get the marriage glow. The paste is often a mixture of haldi, besan, sandalwood and honey. The bride wears a traditional yellow dress and the women in the family including the mother of the bride applies turmeric paste on her face, feet and hand. Women of the house sing traditional wedding songs along with dhol. In some parts, a traditional folk dance called 'Ghoomar' is also performed. This ceremony is considered very important in a Rajput wedding and after the Pithi Dastoor, both the bride and groom are not allowed to leave the house till the wedding. 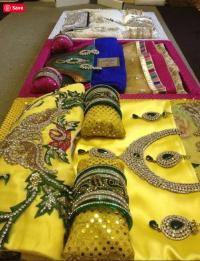 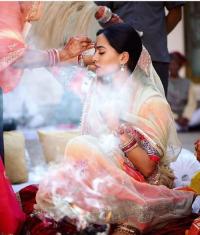 This ritual which happens a day or two before the marriage takes place at the bride’s house where the groom and his family visit the bride’s house and present her with all types of bridal items like clothes, jewellery, sweets etc. 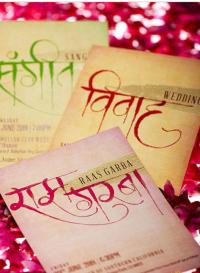 In this ceremony, the male relatives of the bride visit the groom’s house and set out an invitation to invite him to the wedding. The groom accepts the invitation and gets ready with his Baraat. 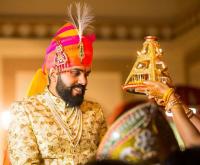 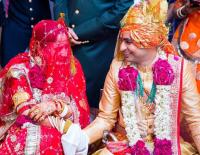 After welcoming the baraat, the bride’s mother performs a traditional aarti after which the groom is escorted to the mandap accompanied by a male relative or brother of the bride. The much-awaited wedding takes place after all the rituals. The bride and groom sit by a holy fire followed by chanting of the vedic mantras. The bride’s face is hidden in a veil throughout the wedding. 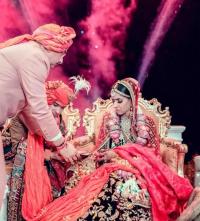 In this ritual, a cloth, tied around the groom’s waist is tied with the chunri of the bride symbolising the couple have become one. This ritual is usually performed by the sister of the groom. 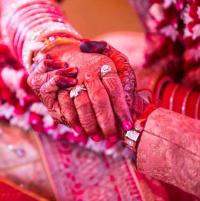 In this ceremony the father of the bride hands his daughter's responsibilities to the groom with a promise that the groom will always take care of her. The bride also accepts her in-laws' as her own family and pledges to guard their reputation.

Sindoor, which plays a very vital role in a Marwari wedding is applied on the bride’s forehead by the groom. This is a symbol that the groom welcomes the bride in his life. 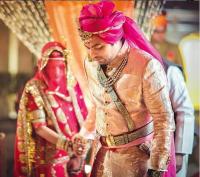 The bride and groom take seven circles around the holy fire symbolising the seven lives and promises to stand by each other during the good and the bad phases of life. After this ritual, the bride and groom are considered husband and wife. 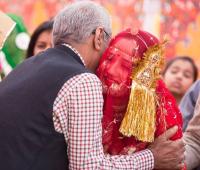 The event where the bride leaves her parental house with their blessings to start a new life marks the vidaai ceremony. In a Marwari wedding, a coconut is placed under the wheel of the car which should be broken by the car to move further. 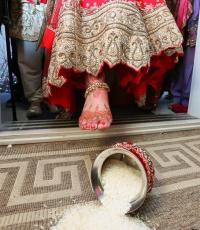 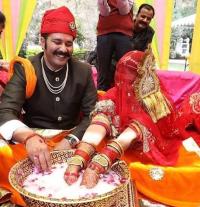 The bride is welcomed in her new house where the groom’s family welcomes her with a puja. Games and fun rituals take place to ease the bride and make her comfortable in her new house. 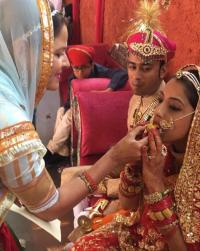 The ritual is followed by the Giha Pravesh where the new bride is introduced to the entire family where each family member blesses the bride and shower her with gifts. 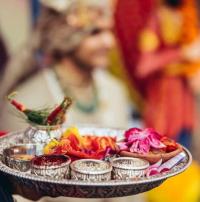 In this ceremony, the girl returns to her parental house where she meets all her friends and relatives. The groom arrives at his in-laws’ house in the evening to take back his wife and is treated with lots of sweets and gifts.

(Also Read: Maharashtrian Weddings: The Fun Rituals And Traditions That Make Them The Most Beautiful Weddings) 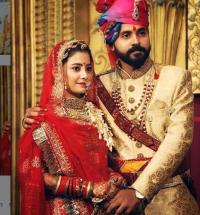 A Rajput wedding is surely a grand affair with its rich customs and traditions and so is the Rajput bride, dressed up like a queen with a hope of a prospective future ahead leaving her loved ones behind and ready to start a new chapter of her life. 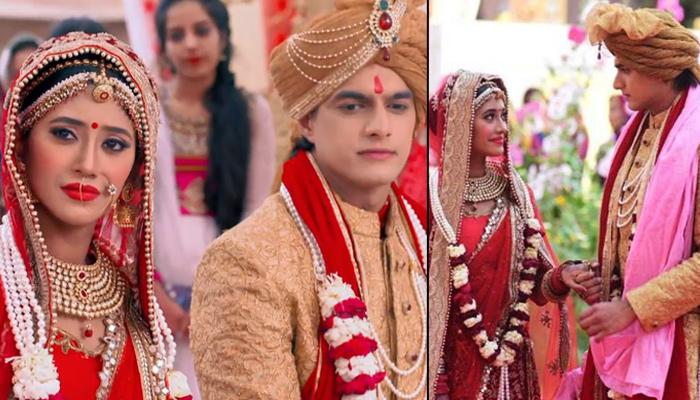 Ever attended a Marwari wedding? Isn’t it fun to attend, where the rituals are completely outside the box? In this article, let’s get into the wedding journey of a Marwari bride. So to begin with, the word ‘Marwari’ originates from the word 'marwar' which means desert and their families usually