Come with us as we take you on a journey into the emotional and religious significance behind the kanyadaan ceremony of a traditional Indian wedding.

In the Hindu tradition, there are many rituals and customs that are involved in a wedding. While the groom is considered to be an incarnation of Lord Vishnu, the bride is considered to be a form of Goddess Lakshmi, the deity of wealth and prosperity. Therefore, giving the daughter away (or kanyadaan) is a very emotional as well as a religiously significant act for the bride's parents in an Indian wedding.

It is a moment in every wedding that is charged with emotions, as the father makes the ultimate sacrifice by giving away his beloved daughter into the care of another man, her husband, for a lifetime. Come with us as we take you on a journey into the emotional and religious significance behind the kanyadaan ceremony of a traditional Indian wedding. The very word kanyadaan is a connotation of two words: kanya which means daughter and daan means donation or giving away. This, in itself means giving away one’s daughter. It is said that the concept of kanyadaan has no mention in the Vedas. The Vedic age argued that the consent of a woman is very important when it comes to marriage and the final decision of marriage came up with the concept of both the to-be bride and groom.

However, rituals too started having an evolution and thus the concept of kanyadaan started coming into play. Did you know, as per Manu Smriti, kanyaadaan is the greatest gift, often called the biggest achievement of any family man? The rituals come packed in an emotional overdose and often end with a heavy downpour of tears.

The emotional significance of giving the daughter away 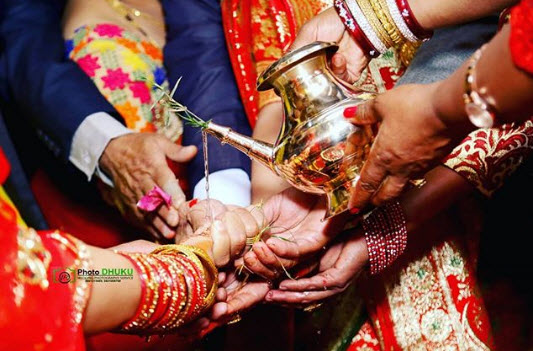 To understand why kanyadaan is so emotionally charged, it is important to understand how a father feels for his daughter. This is something that is not unique to India, for it is a global emotion that fathers share a special bond with their daughters while mothers and their sons have a close bonding. Even the most possessive and rigid father is known to melt under the sweet smile of his daughter. Experience the same?

Fathers consider their little girls as their most prized possessions and take great care in their upbringing. They are also the ones who pamper her all their life, fulfil all her wishes despite the scolding from the mother! So close is their bond, that the mere thought of just handing her over to someone else can be heart-wrenching. However, it is a fact of life that every Indian wedding must have a kanyadaan.

Kanyadaan at an Indian wedding 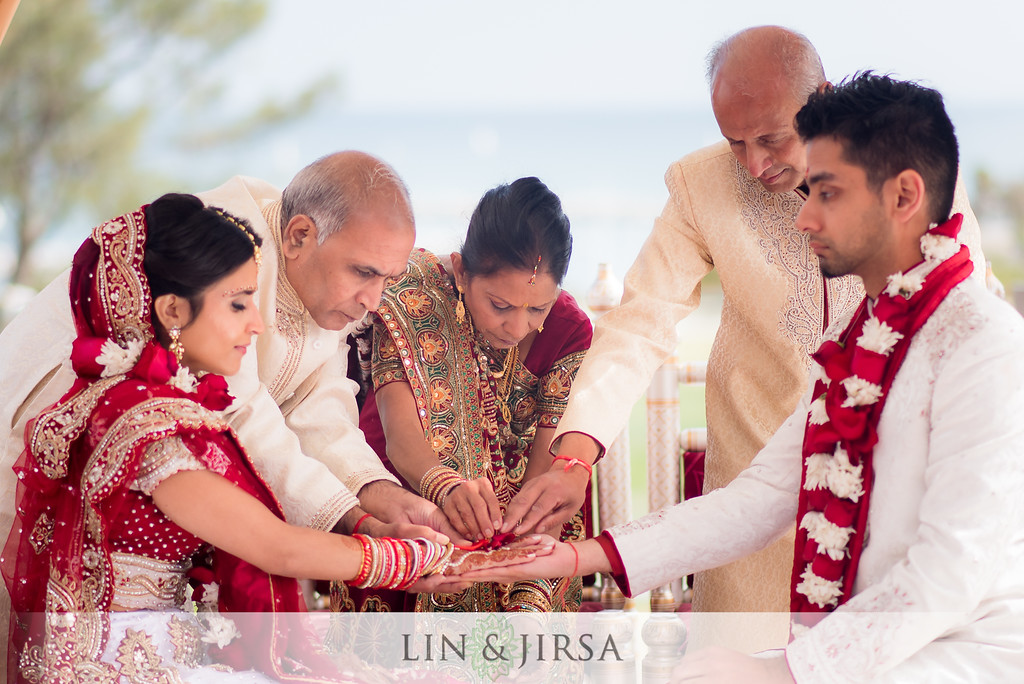 Though this particular ritual of handing over the responsibility of the daughter to another is not peculiar to Hindu tradition, it is definitely given more importance due to its religious implications. A typical Indian wedding starts with the usual pomp and festivity, with everyone cheering the bride and the groom through different rituals. Even the seven vows that the couple takes around the holy fire, is something that brings on some teasing and smiles. However, the atmosphere completely transforms when the father of the bride places her hand into the groom's.

For the father of the bride, this is a symbol that he is now transferring his daughter's responsibility to his damaad. Considered as the noblest donation possible by a couple, giving away of the “prosperity” of their life, is an emotional moment for everyone who is present.

Religious significance and ritual of kanyadaan As the groom is considered to be Lord Vishnu at the time of the wedding, kanyadaan is the biggest offering that any parent can ever make to the God. It is believed that kanyadaan purifies the parents’ of the bride of all their sins (even those that they might have committed in their previous births).It is also a ritual where it is stressed for the groom that his bride is the most precious “gift” that he will ever receive in his life, and he has to honour her and cherish her likewise. The groom promises to take care of their daughter, forever.

Taking place just before the mangalpheras, during this ceremony, the father of the bride places her right hand in that of the groom’s, which is known as hastamilap. Along with this, betel leaves, betel nut, flowers, dry fruits, conch, gold and money are also placed in their hands. After this, holy water or milk is poured over their palms, as the priest recites holy verses. 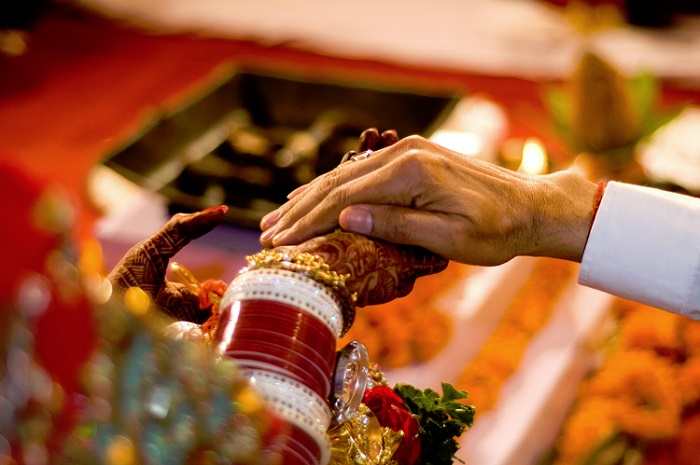 The groom then places his hand on the right shoulder of the bride, as his way of taking on her responsibilities. All this symbolises that their fates and lives are now interlinked. In certain communities, after this, the hands of the bride and the groom are tied together with a white cloth to secure their bond from the evil eye. The groom holds the bride’s hands even as they take the pheras, and recite the holy vows of togetherness.

The Hindu traditions place a lot of stress on fasting, before participating in any religious event. In most communities, parents of the bride observe a fast before making the ultimate donation or "daan” of their daughter.

Though kanyadaan is an emotional moment for fathers and daughters, it is also an intrinsic part of the entire wedding. It is one ritual that cuts the link of the bride with her family and leaves her free to accept the new family and life which she will now be a part of.

Next Read: The Reasons Why 'Chooda' And 'Kalire' Hold Auspicious Importance For A Punjabi Bride