Ishaan Khattar's father, Rajesh Khattar welcomes his first baby with wife, Vandana Sajnani Khattar after being married for 11 years and many failed unnatural attempts. For more details, scroll down!

Life is not a bed of roses for everyone. While there are some couples, who become parents to their little ones in an easy-going manner. On the other hand, some of them struggle to embrace parenthood and even opt for unnatural ways like IVF and surrogacy, for the longing to hold their little one in their hands. Famous actor, Rajesh Khattar and his wife, Vandana Sajnani are well-aware of what we are trying to say. Before digging more into this, let us inform you, Rajesh was earlier married to Neelima Azeem, with whom he has a son, Ishaan Khattar, who has turned out to be a star in B-town.

Rajesh and Vandana had gone through their own share of ups and downs to embrace parenthood. The couple had gone through three miscarriages, 3 failed IVFs, IUI and had even faced failure at surrogacy. And when the couple was informed that Vandana was pregnant with twins, their happiness had reached many notches higher. Unfortunately, during the course of pregnancy, Vandana and Rajesh lost one of their babies and in fact, due to the same, she was hospitalised for a couple of months. (You May Also Like: Bahu Humari Rajnikanth's Neha Kaul Shares First Full Pic Of Newborn, Pens An Important Note For Moms) On Janmashtami i.e., August 24, 2019, Rajesh and Vandana welcomed their baby boy after being married for 11 years. Just like any other newbie parent, Rajesh is on cloud nine after the arrival of the baby. Talking to Bombay Times, he expressed his happiness and even revealed what the couple went through all this while and stated, “It’s a great feeling, but this journey has been anything but smooth. Many months ago, we were ecstatic when the doctor revealed that Vandana was carrying twins, but during her third month, she was diagnosed with a condition and had to be hospitalised. A few months later, it came to light that the growth of one of our babies was very slow and finally, we lost him.” 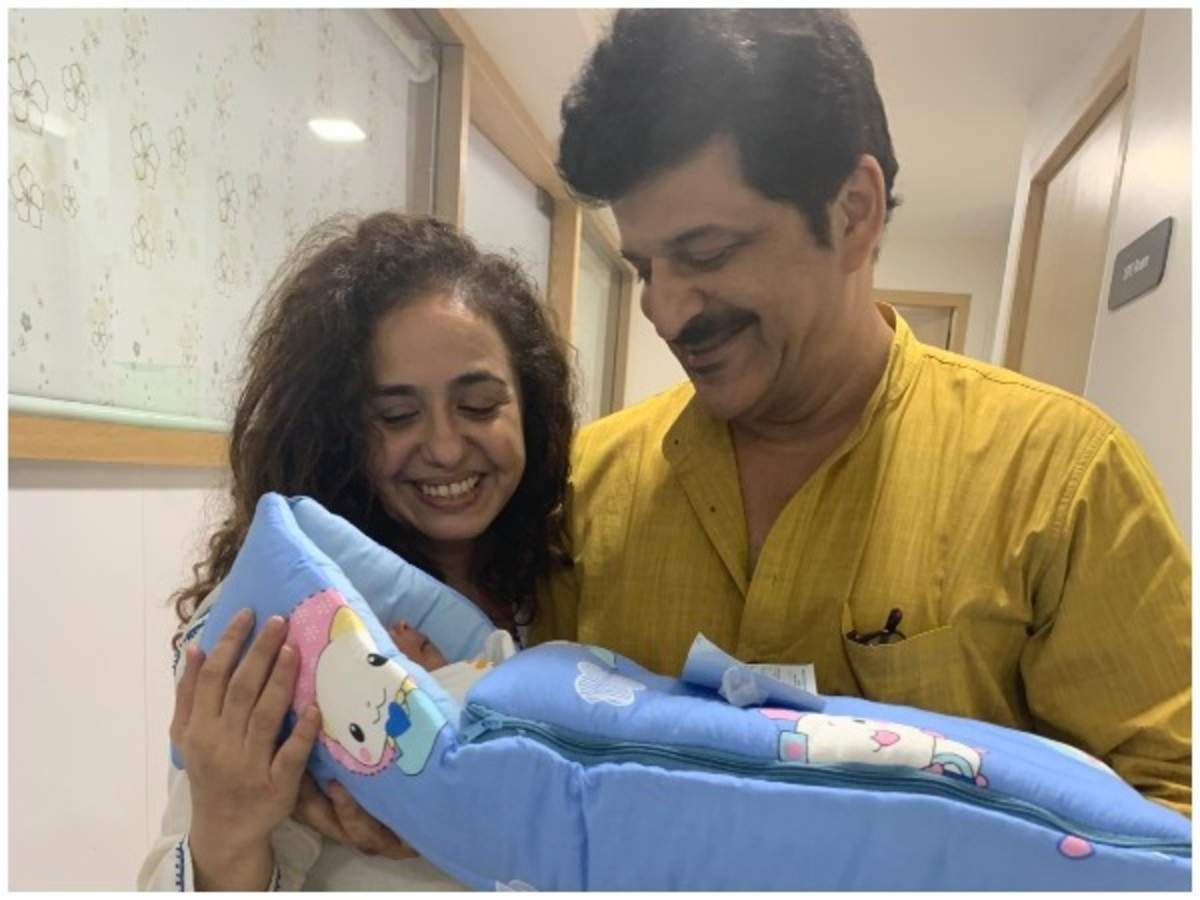 He further added, “The situation was such that we needed to go in for immediate delivery to save the other baby. Thus, our son was born three months before he was due. Vandana’s surgery did not go smoothly and she took a long time to heal; also, our baby was put in NICU (Newborn Intensive Care Unit) and was there for two-and-a-half months. The mother and son struggled throughout the journey, and finally, our little Krishna arrived home on Janmashtami. This is the most beautiful gift bestowed on us by the Gods.” (Checkout: Shraddha Arya Feels That Her Fans Are 'Still In Shock' Over Her Dating Businessman-BF, Alam Makkar) For the uninitiated ones, Rajesh is 50 and he can’t be happier that he embraced fatherhood at such an age. Talking about the same, Rajesh shared, “For me, becoming a father at 50-plus was another challenge, but then, I am neither the first one, nor the last in this category. Of course, age is always a concern, as babies need energetic parents, but seeing Vandana struggle over the years to have a baby, I didn’t want to come in her way. I am a staunch believer that every child is born with his own destiny and I would want to do everything possible for my kids for as long as I am around. So yes, I am reliving fatherhood except that the first time, I was a lot younger. Right now, the immediate biggest change that I am experiencing is that after almost six months, I don’t have to wake up in a hospital or go to one... it’s a big relief that all that is behind us now.” 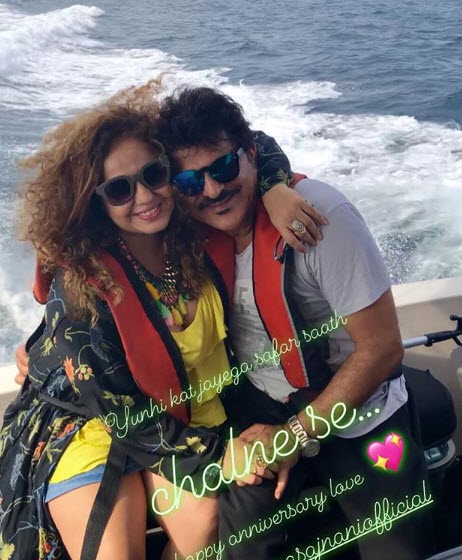 He further added, “After a lot of hardships — three miscarriages, three IUI (Intrauterine Insemination) failures, three IVF (In Vitro Fertilisation) failures and three surrogacy failures — over the last 11 years, we have reached here. I can’t express my joy. I want to tell my story because it will inspire couples to keep the faith and not give up hope, whatever their age.” (Do Read: Lisa Haydon Flaunts Her Baby Bump In The Latest Photoshoot Wearing A Bodycon Dress) 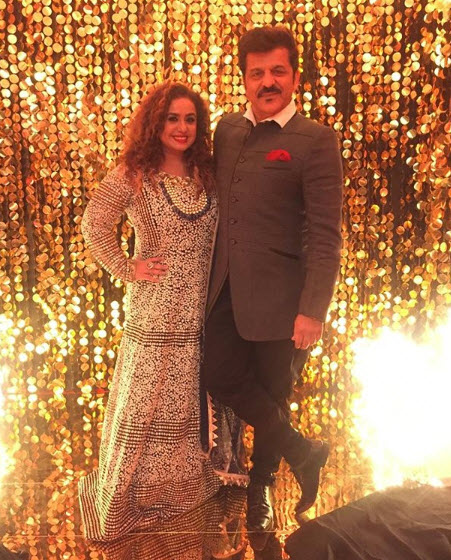 Talking about the hardship Vandana faced when she had entered the third month of her pregnancy, she remarked, “I was carrying twins and I was the happiest woman in the world. But by the third month, I was told to stitch my cervix. I was admitted to the hospital and was there with my legs up for three months, absolutely immobile. That was the toughest experience and the most difficult time of my life. I went through bouts of depression and hours of crying. My husband was my pillar of strength and he stayed with me in the hospital every single day, sleeping on the sofa.” 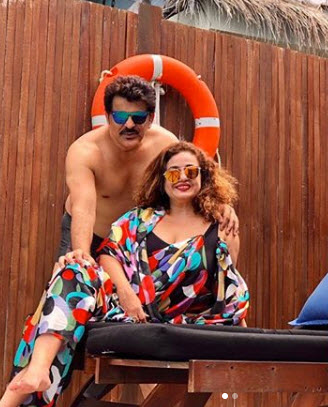 And further added, “All I can say is that everything that could go wrong, went wrong. Also, my condition worsened, and I had to stay in the hospital for another month because something went wrong with the surgery and I had a wound infection. Everything took a toll on me and I felt like I was having a breakdown. I prayed for strength and whatever the hardships, I knew I had to fight it out. I did not give up! What mattered was my child; the pain was nothing in front of this miracle baby, who fought for two-and-a-half months in the NICU.” (Don't Miss: Chahatt Khanna's Ex, Kanan Malhotra's Epic Reaction To Her Offer To Participate In 'Nach Baliye 9')

Congratulations Vandana and Rajesh on welcoming your little munchkin!