Sushmita Sen's brother, Rajeev Sen is on cloud nine as he is getting married to the love of her life, Charu Asopa! Scroll down to see their FIRST dreamy engagement picture!

The entire Tinseltown is dancing in the melodious tone of love. While we can spot lovers in every nook and corner, we are seeing a new rainbow of romance. And in the midst of it all, Sushmita Sen's brother is all set to tie the knot with the love of his life, Charu Asopa in an intimate Goa wedding. (Recommend Read: Sushmita Sen Leaves With Beau Rohman Shawl And Family For Rajeev Sen And Charu Asopa's Goa Wedding)

Charu and Rajeev have already been pronounced husband and wife in their court marriage on June 9, 2019. For those who don't know it was on January 11, 2019, when Rajeev had gone on a date with his muse, Charu and had shared an adorable picture of the same on his Instagram. Along with it, he had written about how had he finally met his cute date. And since then, the rumours of their dating started making the rounds, however, the two made their relationship official later in January, followed by a grand June wedding. 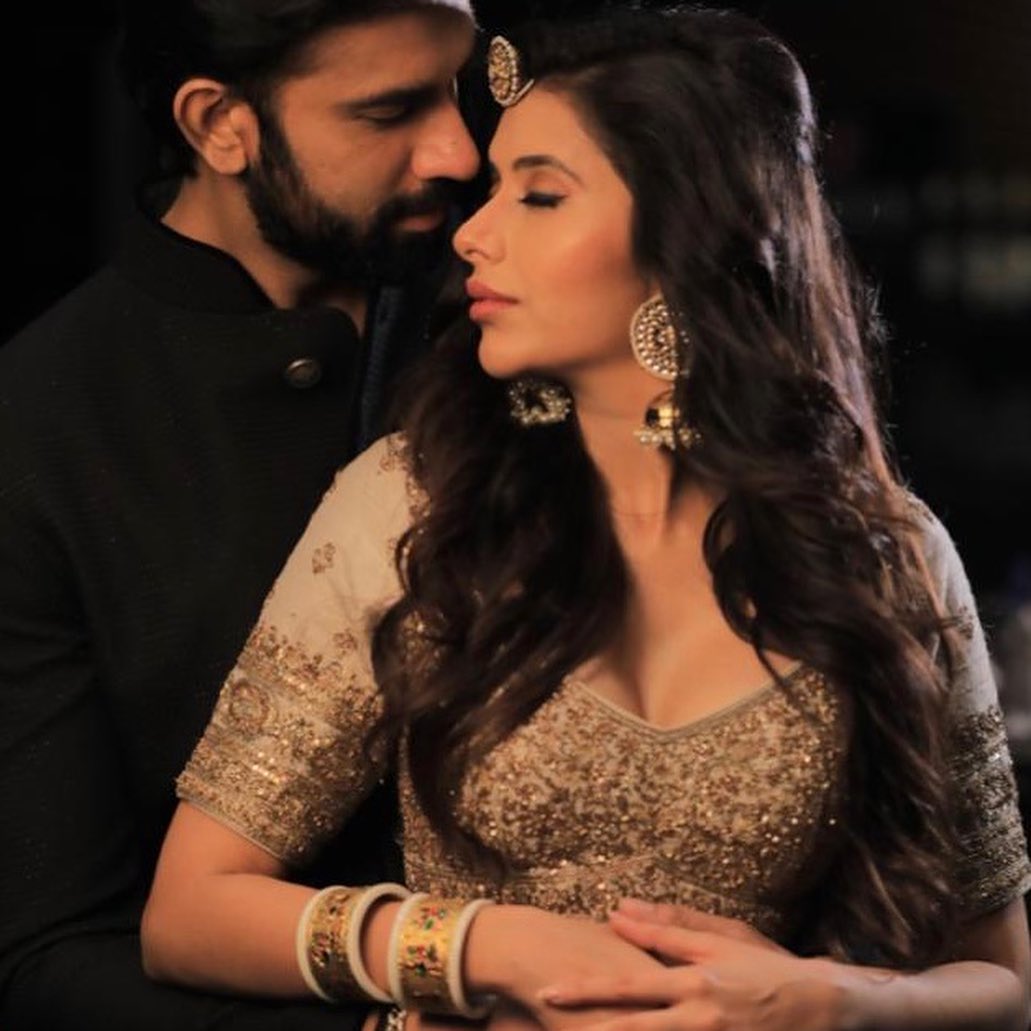 On June 14, 2019, Sen and Asopa family kickstarted their wedding ceremonies with mehendi function, followed by an engagement bash later at the night. And Rajeev took to his Instagram handle to share a slo-mo video from the same. In the video, we can see the duo opening a bottle of champagne. The actress looked stunning in a white gown with a tulle skirt and lac detailed sleeve-corset. She completed her look with highlighted cheeks and side-parted open hair. On the other hand, Rajeev complemented her in a beige blazer and dark pants. Take a look at it below: 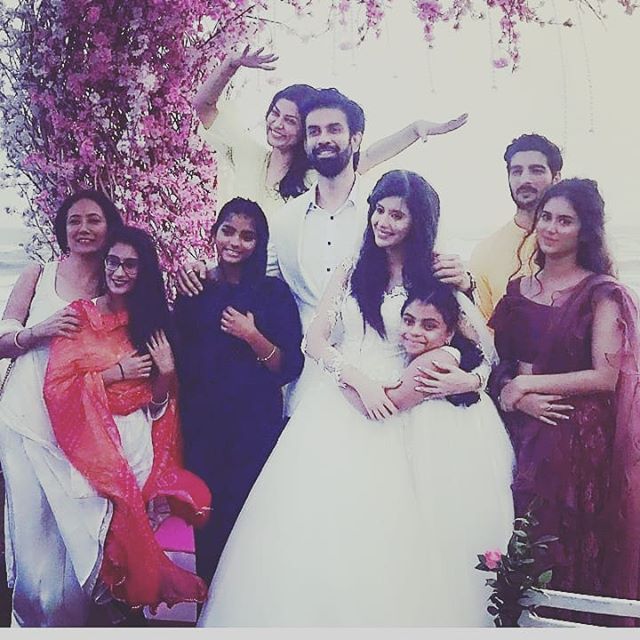 Rajeev had proposed to Charu in one of the most romantic ways, and it was his sister, Sushmita, who had first shared the happy news on her Instagram handle. On May 4, 2019, Sushmi had shared the pictures of the same on her Instagram handle and had revealed that her ‘raja bhaiya’ is soon going to bring home his ‘dulhaniya’, Charu. (Also Read: Saif Ali Khan And Kareena Kapoor Khan Enjoy The London Rain, Taimur Ali Khan Is Loving His Piggyback) Sushmita was so excited for her bhai's wedding that she had personally taken care of all the preparations. She had even worn the designer's hat and designed Charu and Rajeev's ensemble for their court marriage. Rajeev had confirmed the same on his Instagram handle by posting the following note from his sister, Sushmita, "Dear Charu and Rajeev, Congratulations on your wedding day! May God bless your union and give you the courage to honour this beautiful commitment. Thank you for giving me this privilege to dress you both for your wedding ceremony. A moment and memory I will cherish forever. Here's to your happiness and prosperity together." 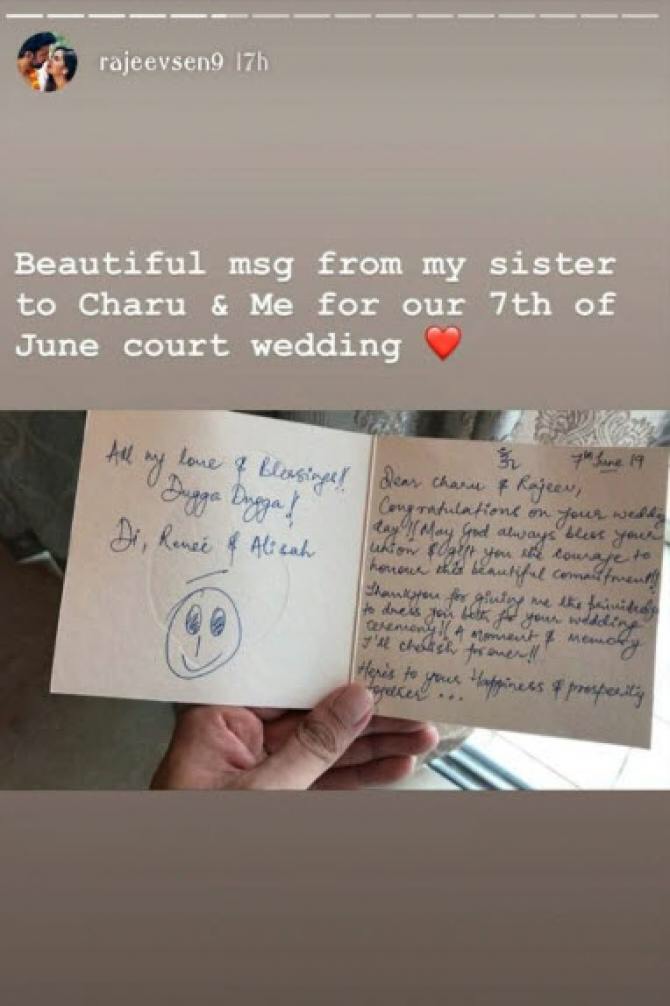 In an interview with the Bombay Times, Charu had shared her relationship with Sushmita, and how she used to impersonate her Miss Universe winning moment. She had said, "You won’t believe that I impersonated Sushmita Sen, when she was crowned Miss Universe, at a fancy dress competition in my school. I was very young then. I showed her the picture and she said that I looked adorable in it (smiles). Imagine the stroke of luck, she will be my sister-in-law soon. She told us to never sleep over a fight, and resolve our differences without any delay. Of course, like any other couple, Rajeev and I, too, have our share of fights, but we also resolve it in no time. He is very mature. We respect each other and we are good friends before anything else. Sushmita didi told me that jab aap bohot comfortable ho jaate ho kisi ke saath then you should know that he is the right guy for you. In my case, it’s Rajeev, because we are extremely comfortable with each other." In the same interview, Charu had shared the details of her wedding, and had stated, "It will be an intimate affair with just 20-25 people each from our respective families in attendance. Our families had originally zeroed in on a date in December, but Rajeev, during a conversation with me, said that it’s too far. That’s how we advanced the date to June 16. Forget others, even our families were surprised to learn about our decision. We will have a reception in Mumbai depending on the availability of our families and friends." (Don't Miss: Sara Arfeen Khan Shares Unseen Pictures From Her Baby Shower, Thanks Her Family And Friends)

We cannot get over with Charu's engagement gown! What about you? 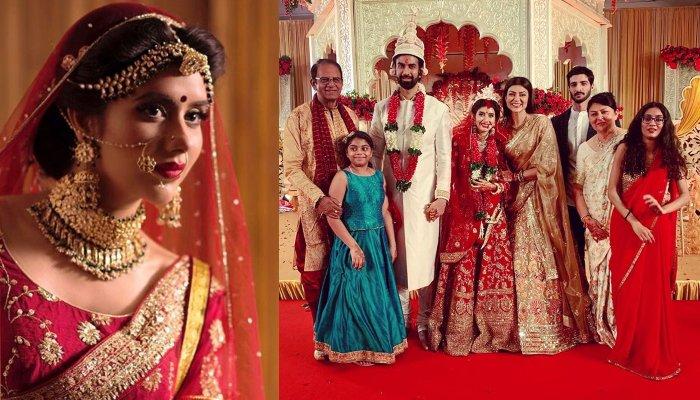 When a girl gets married and goes onto live the rest of her life with her partner, she sacrifices her own comfort, the soothing presence of her family members and what not! But all she wants is a sasural and its inmates, who will take care of her, pamper like