Raghu Ram is on cloud nine as he is soon going to embrace parenthood with wife, Natalie. Recently, he posted an unseen picture from his 'mehendi' ceremony. We live in a world that stereotypes love and marriages. Their first reaction every time the word 'divorce' comes is 'haww'. They will give plenty of reasons to stay in a marriage that no longer serve you. And if you choose to restart your life with someone you connect to, they will call you with names. But television's famous personality, Raghu Ram, who got famous for his show, Roadies, never gave a damn on what people said. He had respectfully ended his first marriage with actress, Sugandha Garg. (Recommend Read: Neha Dhupia And Angad Bedi Recreate DDLJ Look For A 90s Theme Party, Reminds Us Of Raj And Simran)

Last year, on December 12, 2018, Raghu Ram had tied the knot with Italian-Canadian singer, Natalie Ram Di Luccio in a traditional south-Indian style at a beach in Goa. For the wedding ceremony, Raghu had opted for a white kurta, red dhoti, and an angavasthram while Natalie had looked gorgeous in a traditional white silk saree with a red border. We still remember how happy the couple had looked in all their pictures.

Today, on December 11, 2019, just two days before their first wedding anniversary, Raghu took to his Instagram handle and reminisced their magical mehendi day. The actor posted an unseen picture from his mehendi ceremony with Natalie, and wrote, "Exactly a year since this photo was clicked, and my feet still haven't touched the ground! So wish we could go back and do it all over again! @nataliediluccio" Take a look at it below: 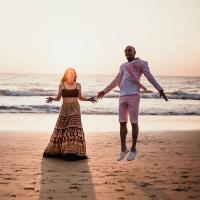 For those who don't know, Raghu and Natalie are soon going to embrace parenthood. On August 4, 2019, Raghu had announced the news by sharing a cutesy picture with Natalie on his Instagram handle. He had captioned it as "Getting ready for the biggest adventure of my life yet! @nataliediluccio #OverTheMoon." 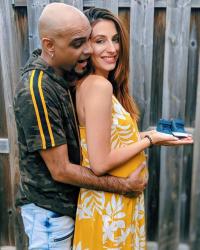 A few weeks ago, Raghu had hosted a baby shower ceremony for his wife, Natalie before the chaos arrives (pun intended). Raghu had shared a couple of pictures, and had thanked everyone for making their day super special in his caption that could be read as "Such a lovely, fun #BabyShower it was! It felt amazing to be surrounded by so much love and warm wishes! Thank you guys!" 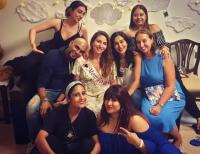 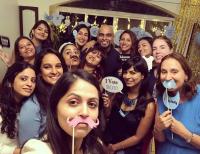 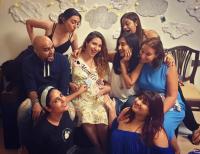 Coming back to Raghu and Natalie's love story, the actor had talked about Natalie in an interview with the Mumbai Mirror. He had shared, "Sugandha was the first one to know about Natalie from me. She said that if she had to pick a girl for me it would be her. They've had many conversations behind my back. I am sure Sugandha has given some advice on the dos and don'ts with me. She also told me about the mistakes I should avoid making this time." (Also Read: Kapil Sharma Reveals That He Isn't Sure If He Can Hold His Newborn Baby Girl Because Of This Reason) 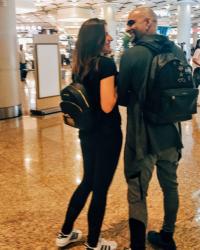 Raghu had also revealed how he had fallen in love with Natalie, and had stated, "I forwarded her videos to a few friends. Later, she was in Mumbai and apparently everyone she met asked her to connect with me. When we finally did in 2011, she put up a picture with me on Facebook and everyone warned her against me. We met socially once or twice over the years. I always found her sweet, gentle and graceful. We decided to meet up and we got along really well. One thing led to another and here we are. On March 26 last year, we made it official as a couple, Natalie has really taken me by surprise. I am living a dream right now and doing things I thought I would never do. I am in a relationship with somebody I am head-over-heels in love with." (Don't Miss: Rakhi Sawant's Cryptic Video About 'Shaadi Mat Karna' Hints Towards All Is Not Well In Her Marriage) 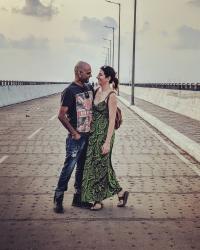 Well, we cannot wait to see how Raghu and Natalie celebrate their first wedding anniversary! Motherhood is not an easy journey, but being a father is way more difficult. They are often taken for granted and there are times when they are termed as less emotional. But the truth is that a father holds a lot of significance and importance in a child's life. We