Anant Ambani's rumoured girlfriend, Radhika Merchant is a diva. A few days back, she was papped during her casual outing, and the price of her overall look blew our minds.

It was in 2018 when Radhika Merchant had come into the limelight for her performance with Isha Ambani and Shloka Mehta, during the former’s engagement ceremony. Anant Ambani is reportedly head-over-heels in love with luxury industry doyen, Radhika Merchant. And Radhika has been so well accepted by the Ambani family. Ever since the weddings of Isha Ambani-Anand Piramal, and Akash Ambani-Shloka Mehta, everyone is eagerly waiting for Anant Ambani to enter the 'Doubles Club'

A few days back, the paparazzi had spotted Radhika Merchant in Worli, Mumbai. The gorgeousness was looking adorable in a white-coloured floral-printed short dress. She had left her hair open and had opted for a subtle look. Radhika had styled her look with a powder-blue coloured handbag. 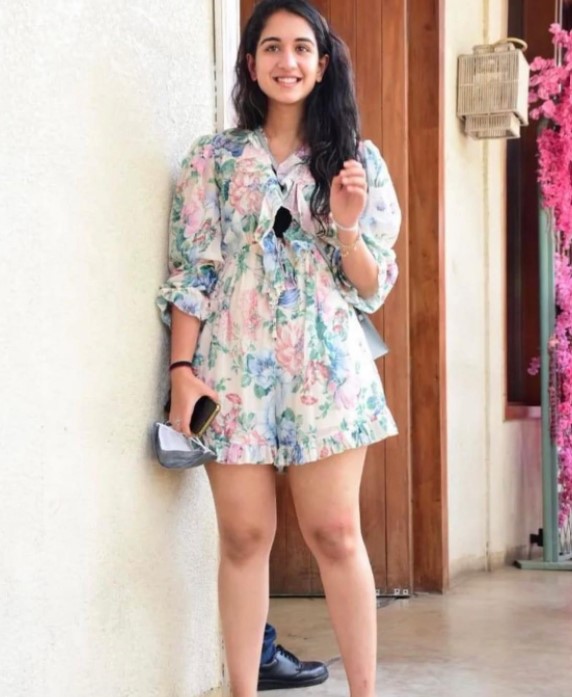 While decoding Radhika Merchant's look, we realised that the soon-to-be bahu of the Ambani clan took the fashion bar really high. From her dress, bag to metallic sandals, everything was just classy and would burn a hole in anyone's pocket. Pictures shared on one of the fan pages of Isha Ambani revealed the price of Radhika's entire look for her casual outing. 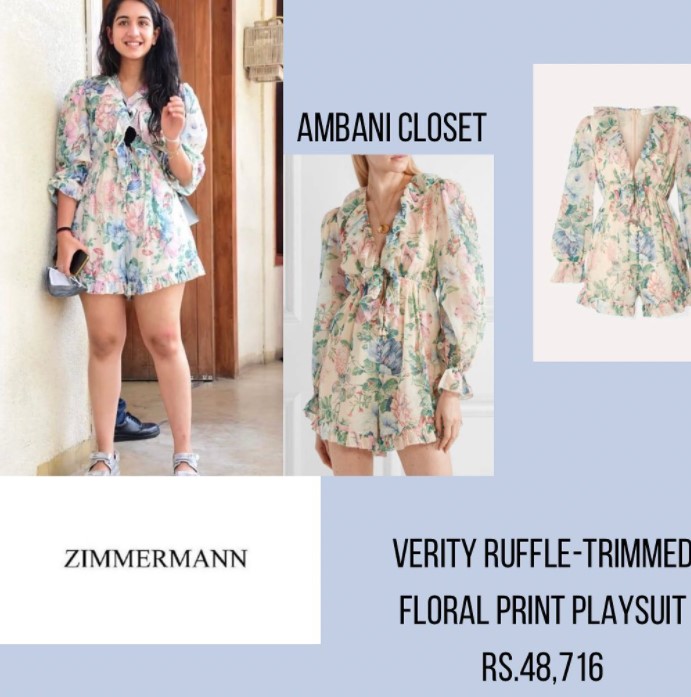 The millennium influencer donned a ruffle-trimmed floral dress from Zimmermann, which is priced at Rs. 48,716. Her light blue Kelly mini bag was from the luxurious brand, Hermes and came at a whopping price of Rs. 16 Lakhs. Radhika complemented her look with metallic silver sandals from the brand, Chanel, which is priced at Rs. 71,552. Her overall look for the casual outing was approximately Rs 17 lakhs. 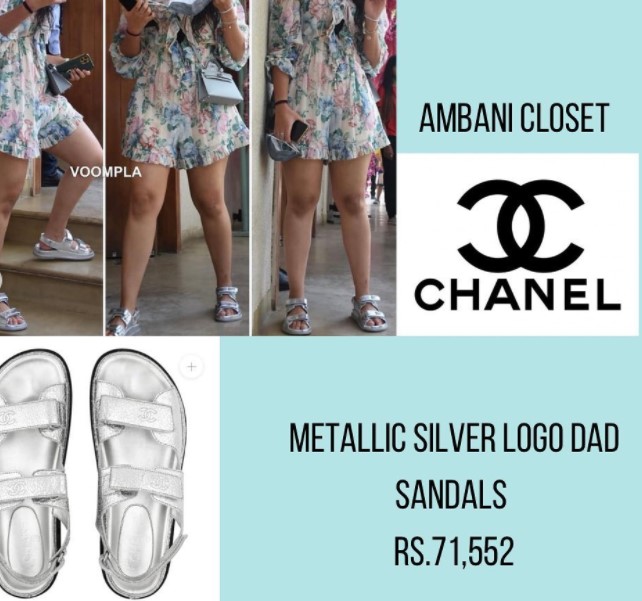 There is no doubt that Radhika is a fashionista. In 2020, Radhika's sister, Anjali Merchant, had tied the knot in Goa and pictures of the same had emerged on the internet. Anjali, who is a co-Founder at DryFix, had posted some unseen pictures from her wedding with Radhika and their mother, Shaila Merchant on the official Instagram page of her company. From the gorgeous picture of the mother-daughter trio to the candid clicks of Radhika, every picture was a hidden gem. 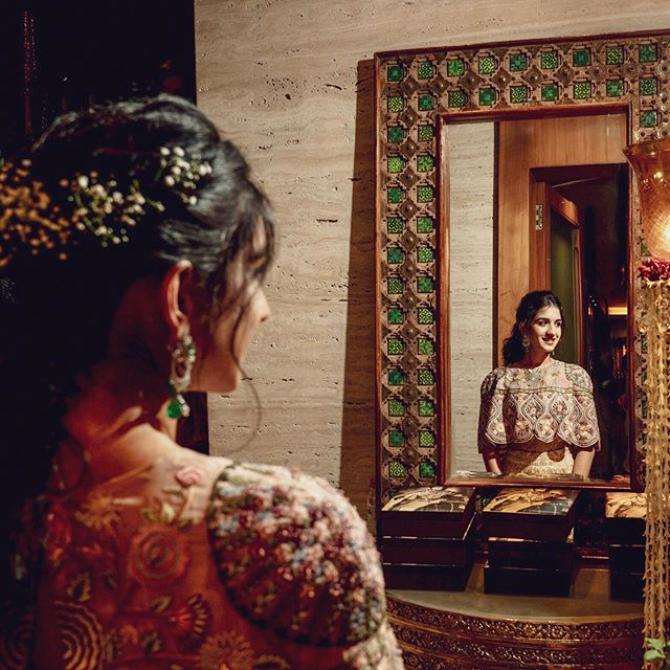 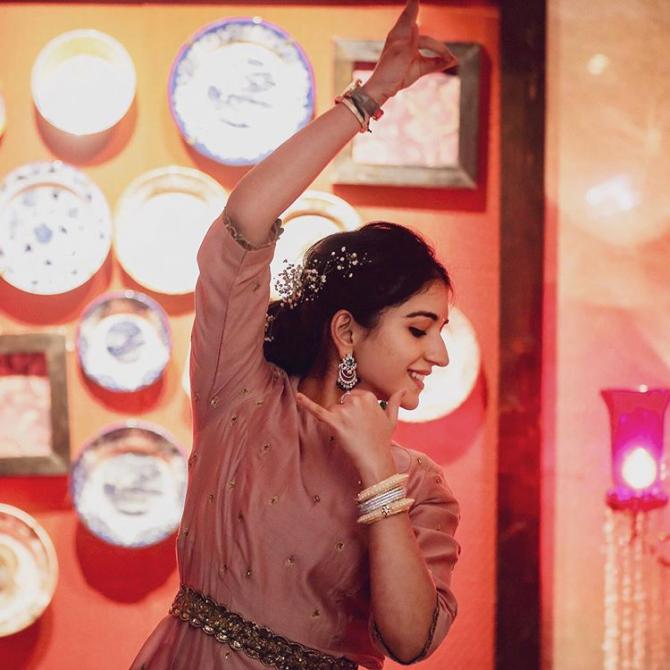 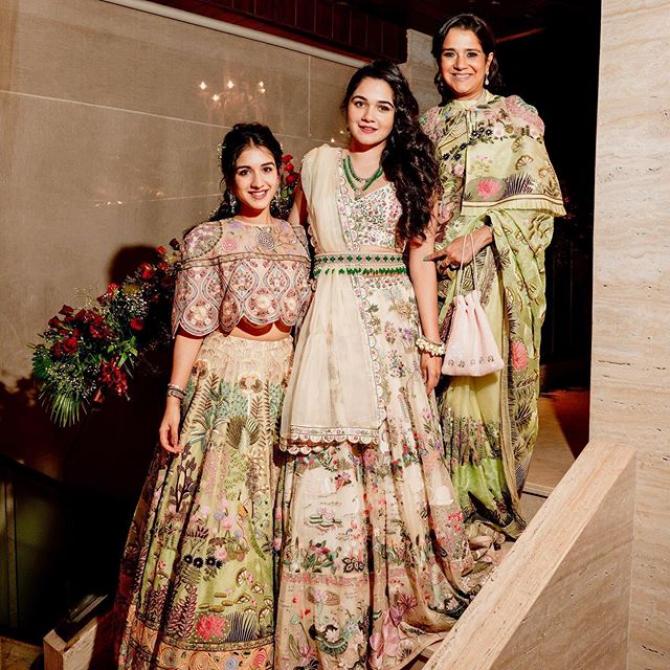 Though the Ambani clan has not yet officially made an announcement regarding Anant Ambani’s relationship with Radhika Merchant, we are waiting with bated breath for the family to announce her official addition to their pariwar. Radhika is often spotted in the picture-perfect family portraits of the Ambani clan and accompanies them to every big event and family function.

For those who don't know, Radhika is the daughter of Viren Merchant, the CEO and Vice Chairman of Encore Healthcare. She did her schooling at Mumbai's Cathedral and John Connon School, and École Mondiale World School before completing her IB Diploma from BD Somani International School. In addition, Radhika has her graduate degree from New York University in Politics and Economics. After returning back to India, she had worked as a Sales Executive in 2017 at Isprava, a real estate firm that 'creates dream holiday homes for those with the finest tastes'. 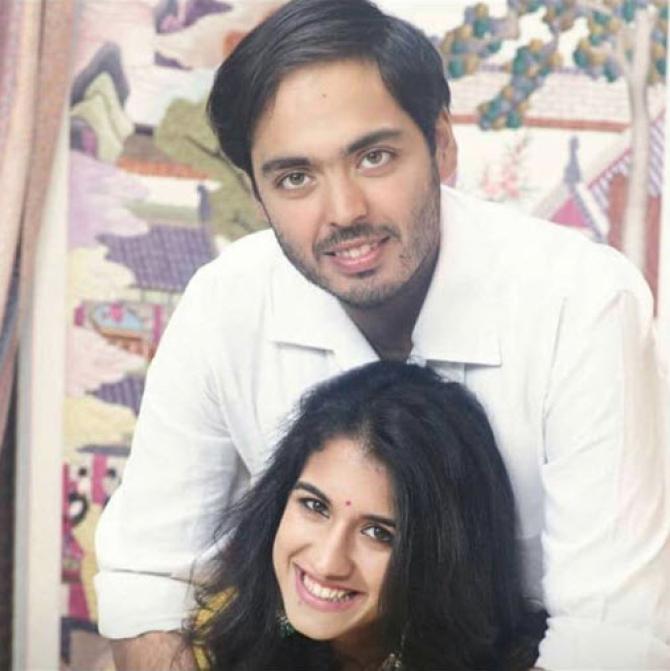 What do you think about Radhika's fashion game? Let us know.

Also Read: Upasana Kamineni Raises The Bar Of Fashion By Donning A Pink Flared Skirt By Dior Worth Rs. 1,35,000