Born on October 17, 1973, Bhagwant Singh Mann is the 17th Chief Minister of Punjab, and he is currently leading the state's cabinet ministry. Before setting his foot in the world of politics, Bhagwant was an actor, comedian and satirist. He had developed an interest in comedy at a very young age and did his first show with comedian, Jagtar Jaggi. However, it was his stint on the comedy show, The Great Indian Laughter Challenge in 2008, which gave him the much-needed popularity.

Fast forward to today, Punjab's Chief Minister, Bhagwant Mann is currently leading the headlines as he is all set to get married for the second time. The Aam Aadmi Party (AAP) leader tied the knot with Dr Gurpreet Kaur on July 7, 2022, at his residence. Ever since the news about his wedding has surfaced online, people are in a frenzy. Social media is filled with multiple reports about Bhagwant Mann's bride, Gurpreet, and people are curious to know about her. So, without further ado, let's have a look at some of the lesser-known facts about Dr Gurpreet Kaur.

Who is Dr Gurpreet Kaur? Dr Gurpeet Kaur is the to-be-wife of Punjab's Chief Minister, Bhagwant Mann. The 32-year-old doctor hails from Pehowa, Haryana, but her family is settled in Rajpura, Punjab. Though not much is known about Gurpreet's parents, according to reports, she belongs to a Sikh family. While Gurpreet is a doctor by profession, her family has an agricultural background. Dr Gurpreet Kaur is a physician at a reputed hospital in Punjab. She is an alumnus of Maharishi Markandeshwar University (MMU), Mullana and did her MBBS approximately 4 years ago. As per a report in PTI, Gurpreet had enrolled for MBBS in 2013 and graduated in 2018. 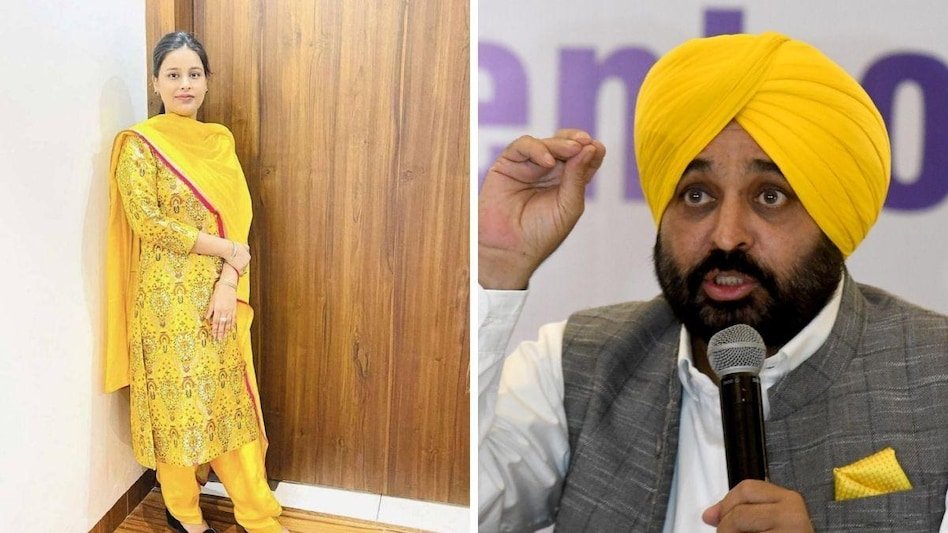 In an interview with The Times Of India, Gurpreet Kaur's uncle, Gurjinder Singh Natt talked about Bhagwant Mann's then-to-be-bride and shared details about her family. He said that their family shares a close bond with Mann's family and added that they are super-excited for the wedding. Talking about the same, Gurjinder shared:

"The family is happy about this relationship. Gurpreet's father, Inderjit Singh Natt has a property at Natt Farm in Madanpur village area in Pehowa. He was the sarpanch of Madanpur village and they lived at their home in Tilak Colony in Pehowa. Nearly a year ago, Inderjit's family bought a house in Mohali and started living there." 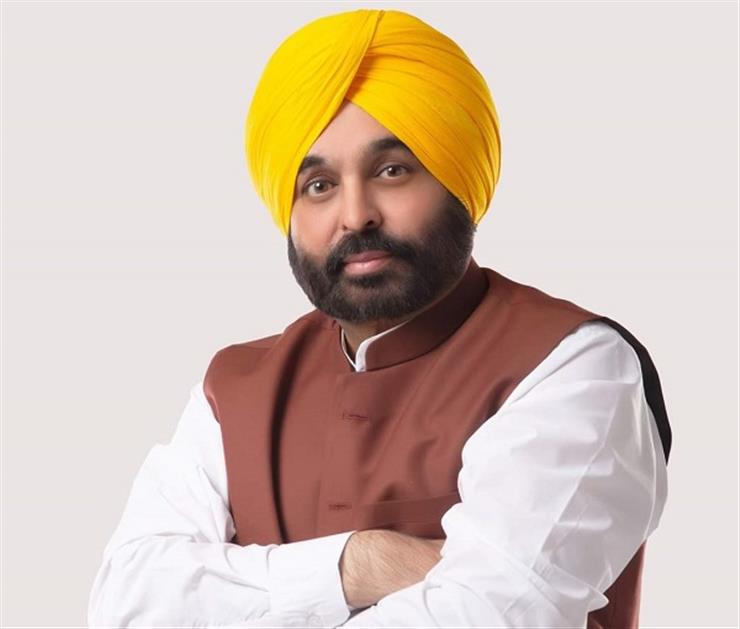 According to sources, Gurpreet Kaur had met Bhagwant Mann's family around one-and-a-half years ago. It was during the first meeting that Mann’s mother, Harpal Kaur and sister, Manpreet Kaur had decided to make Gurpreet a part of their family. Well, not just Mann's family, Gurpreet too had developed an interest in the politician and she loved his courageous nature and stand-up comedy. In addition, Gurpreet is interested in politics but her family didn’t want her to enter the political world till she got married. So, it can be assumed that Gurpreet's wedding with Mann will probably open her doors to enter politics. 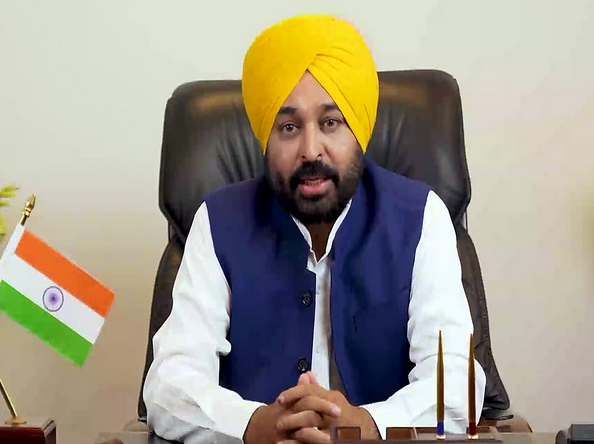 On July 6, 2022, the news agency, ANI took to its Twitter handle and announced Punjab's Chief Minister, Bhagwant Mann’s second marriage. In the tweet, the news agency shared that the Chief Minister of Punjab is all set to tie the knot with Dr Gurpreet Kaur on July 7, 2022, in the presence of his family, relatives and close friends. The tweet further added that it is going to be an intimate wedding ceremony, and Delhi Chief Minister, Arvind Kejriwal will attend Bhagwant Mann’s second marriage that is going to happen in Chandigarh.

"Punjab CM Bhagwant Mann will get married in a close private ceremony at his house in Chandigarh tomorrow with Dr Gurpreet Kaur. CM Delhi & AAP National convener Arvind Kejriwal will be in attendance. CM Mann was divorced from his earlier marriage almost 6 years back.” 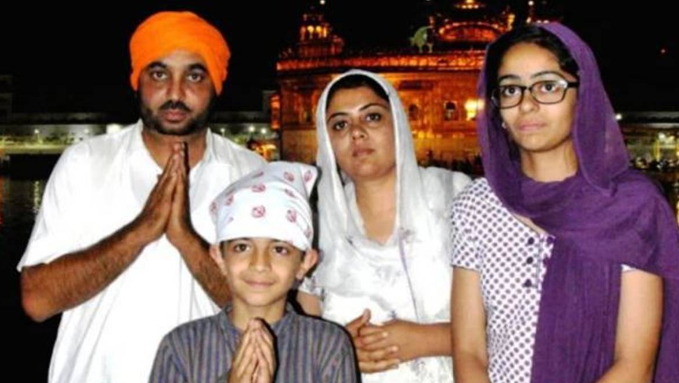 Bhagwant Mann was previously married to Inderpreet Kaur, and the couple had a peaceful married life. Mann and his ex-wife, Inderpreet are blessed with two kids, Seerat Kaur Mann and Dilshan Singh Mann. However, later, problems arose in the couple's paradise, and finally, in March 2015, Bhagwant Mann and his former wife, Inderpreet had filed for a divorce in court by mutual consent. Currently, Mann's first wife and their children, a 21-year-old daughter, Seerat Kaur Mann, and a 17-year-old son, Dilshan Singh Mann, are living in the USA. 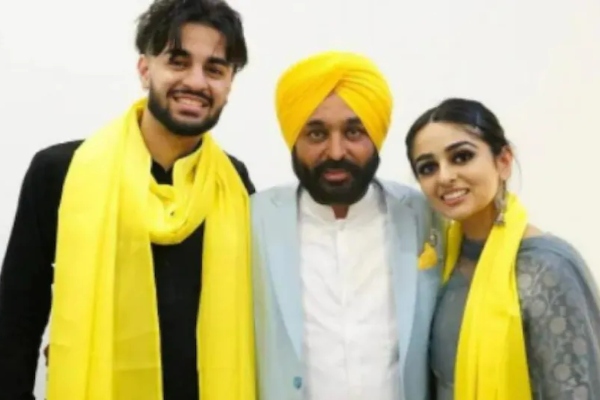 Bhagwant Mann entered politics in 2011-2012 and joined the People's Party Of Punjab under the leadership of politician, Manpreet Singh Badal. However, he lost the elections and later, contested for the Lok Sabha seat in 2014. Through out his journey, his ex-wife, Inderpreet Kaur stood by him like a pillar. Before the elections, Mann had promised his ex-wife that he would move to the USA with his entire family if he lost the election. But destiny had different plans, and Bhagwant Mann won the election. However, his relationship with his wife deteriorated, and in 2015, he announced that he was getting divorced. The politician gave all his property and money to his ex-wife and dedicated all his attention to his political career.

As Bhagwant Mann is all set to embark on the new chapter in his life, congratulatory messages are pouring in. We also wish him and his to-be-bride, Gurpreet Kaur love and light for their new beginnings.