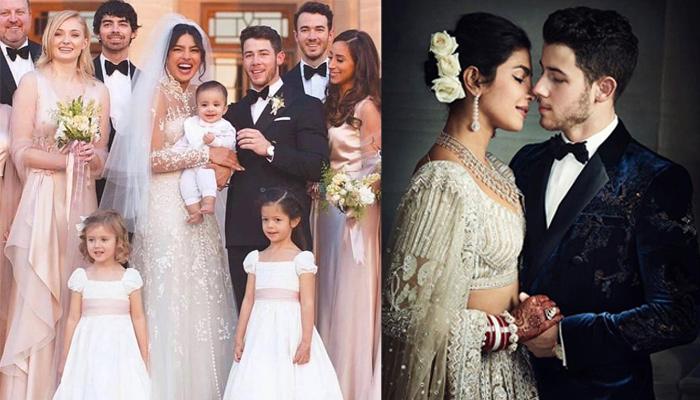 If there is something known as a ‘dream wedding’, then it definitely has to be of international sensations, Priyanka Chopra and Nick Jonas. After waiting patiently for a few days, Priyanka and Nick posted dreamy pictures and videos from their Christian and Hindu wedding and trust us, words fall short if we try to describe how wonderful they looked. (Do Read: Unseen Pics From Priyanka Chopra And Nick Jonas's Hindu And Christian Wedding Speak Volumes Of Love)

The biggest happiness for the bride and groom (other than getting married, of course) is to see their parents and family smiling at their wedding, and that totally happened with Priyanka and Nick. With Priyanka’s 175-ft veil, 18-feet cake, magnificent wedding venue, exotic food, big shots attending her 'big day', we will not forget Nickyanka's wedding for the longest of time. 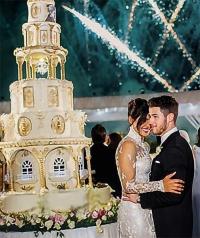 While it looks like the whole world seems to be celebrating Priyanka Chopra and Nick Jonas’s togetherness, there is probably ‘someone’ who wasn’t happy with it. While everyone was in a celebratory mode, an article on New York’s  magazine, The Cut, blew everyone’s mind! The magazine posted an article on Nick and Priyanka, calling the latter a “modern-day scam artist” and also has an advice for Nick which says, “Nick, if you're reading this, find that horse and gallop away as fast as you can!”, referring to his and Priyanka’s marriage. 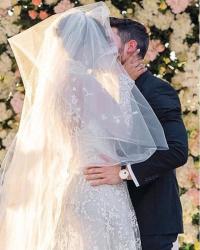 The piece began with a nasty comment which could be read as, “Nicholas Jonas married into a fraudulent relationship against his will this past Saturday, December the 1st, and I'll tell you why I think so." And further gives a shameful introduction of PeeCee which could be read as, “But who is Priyanka Chopra, former star of Quantico and current pride of India? Even before she crossed over from Bollywood superstardom into the Hollywood arena, she was on the edge of making history. Just a few years ago (around 2015), Priyanka had her big break in America, starring in an ABC drama series, the now-canceled Quantico. It may seem somewhat minor, but this success made Priyanka the first major Indian crossover star in America." (Must Read: Funniest Memes On Priyanka Chopra's 75-Feet-Long Wedding Veil And Her 18-Feet-Tall Wedding Cake) 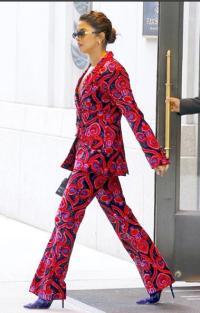 Trouble had only begun for the writer of this article when floods of hate messages started pouring in for her. Looks like Priyanka has the Jonas’s back already, as her in-law’s, Joe Jonas and Sophie Turner took to Twitter and lashed out at the writer. Two tweets from the respective social media accounts of the stars went out which could be read as, “This is disgusting. @TheCut should be ashamed to have someone write such evil words. What Nick & Pri have is Beautiful Love. Thank u, Next.” Sophie Turner’s tweet could be read as, “This is wildly inappropriate and totally disgusting. Very disappointed that The Cut would give anyone a platform to spew such bullshit.” Sonam K Ahuja also stood up against the nasty words written in the article and tweeted, “For a publication that “shows women’s what they are made of” @TheCut has a lot to answer for . The article on @priyankachopra was sexist , racist and disgusting. Also it’s written by a woman which is so sad. It reeks of envy and bitterness. @mRiah shame on you!” Here are the snapshots of the tweets:

While PeeCee lovers cannot keep calm, the lady herself commented on this issue during an event in Delhi. Her reply is enough to showcase her grace and poise and how one should remain unaffected by what the world says. About the article which contained derogatory remarks about her, Priyanka stated, “I don’t even want to react or comment. It’s not even in my stratosphere. I’m in a happy place at this moment. These kinds of random things can’t disturb it." 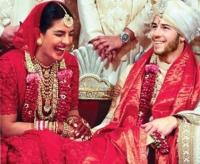 After tumults of backlash, the magazine updated the article and later deleted it. An editor’s note published by the magazine could be read as, “Last night, the Cut published a post about Nick Jonas and Priyanka Chopra’s relationship that shouldn’t have gone up. We’ve received dozens of messages from readers expressing their anger. We want you to know that we hear you and we’re sorry. The whole piece missed the mark. There is no good explanation for this other than human error and poor judgement. This was a mistake, and we apologize to our readers and to Priyanka and Nick.” The magazine also pushed a public apology for writing the piece. The same could be read as, “An earlier story about Priyanka Chopra and Nick Jonas did not meet our standards. We've removed it and apologize.” Checkout the screenshot here: (Read On! Priyanka Chopra And Nick Jonas Will Go To An Exotic Location For Their Short Honeymoon) 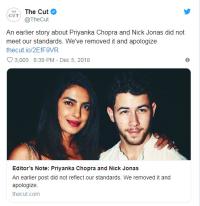 While it is completely fair to share one’s opinion, however, presence of mind and choice of words is a must while doing so. What do you feel about this? Share your thoughts with us in the comments section below.