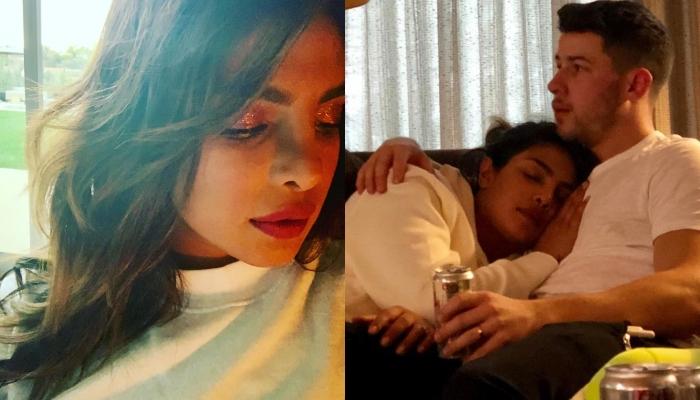 You know its love when your reality is better than your dreams. And, that is when you realise your relationship is meant to be! A kind of similar bond developed between our desi girl who turned NYC chic, Priyanka Chopra and American singing sensation, Nick Jonas. The two met, fell in love and made the entire world go ‘awww’ with their beautiful intimate wedding last year in December. (Recommend Read: Arjun Kapoor Escorts Rumoured Girlfriend Malaika Arora Out Of Gauri Khan's Party, Video Inside)

Ever since the couple is making headlines with their adorable selfies and social media PDA. However, recently Priyanka opened up about the thought of taking her husband, Nick’s surname. The actress appeared on Tonight Show with Jimmy Fallon, and said, “I always wanted to add his name to mine because I feel, like, you know, we’re becoming a family and I’m a little traditional and old school like that. But it didn’t take away my identity. He gets added to who I am.” 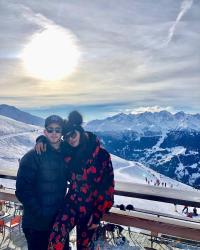 In the same chat show, Priyanka also revealed that she wanted to get married on an island. The actress said, “I wanted to get married on some private Island away from everything and we were like really stressed out about it. We thought Seychelles, Maldives, Mauritius or whatever. And nothing was working out”. She further added, “The conversation took place when they were in Mumbai, and Nick said, ‘Why aren’t we doing this in India? Shouldn’t I be taking my bride from her home?’”. Well, that’s how the two found their dream location, looking at the wedding photo, she gushed, “He looked like a prince. He rocked that turban.” (Also Read: Deepshikha Nagpal Shares She Still Believes In Institution Of Marriage, Despite Being Divorced Twice)

Recently, Priyanka appeared on another celebrity chat show, The Ellen DeGeneres Show to promote her upcoming movie, Isn’t It Romantic. And, for the first time, the actress spoke in length about her wedding with Nick. She shared some interesting insights about the wedding and opened about how her mother, Madhu Chopra was upset with her throughout the wedding. Priyanka said it was the short guest list that made her upset. She stated, “My mother was so upset with me the whole time. She was like I need to have another party for the 1,50,000 people I know. How can I not invite my jeweller, how can I not invite my hairdresser? This was the conversation.” 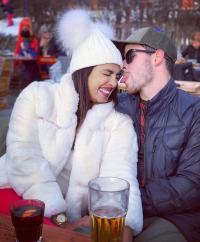 Priyanka further went on to explain how Indian wedding has a large number of guests. She said, “Usually Indian weddings have like a thousand people, we had only 200 which was mostly family. Both of us have giant families." The actress went on to explain that she and Nick wanted just family to be present at the wedding. "Because we wanted to keep it intimate. We wanted to keep it just about family”. (You May Also Like: Tusshar Kapoor Reveals Why He Finds It Odd To Call Newborn Ravie Kapoor, Ekta Kapoor's Son)

For those who don’t, Nick is a doting husband, don’t believe us? Well, According to a small report by E! News, American singer, Nick had planned their entire honeymoon single-handedly for her wife, Priyanka. And the most amazing part of it all was that Priyanka had no clue where they were heading for their romantic gateway until they landed. A source talked about the same and said, “She (Priyanka) had no idea it was going to be the Caribbean and Nick is planning everything for the trip, it's all a complete surprise to Priyanka. She knew it was a honeymoon trip but didn't find out where they were going until they landed.” (Don't Miss: Ranveer Singh Sends Kisses To Deepika Padukone On A Video Call While Promoting 'Gully Boy')

Well, Priyanka had always impressed us with her thoughts! If the latest reports are to be believed, Priyanka Chopra and Nick Jonas will be walking down the aisle next month i.e. November 2018. And the probable destination for this royal wedding is speculated to be Jodhpur, India. Priyanka and Nick had their grand traditional roka ceremony on August 18, 2018,