Priyanka Chopra Shares A Cutesy Glimpse Of Daughter, Malti's Face, Sends Her Fans Into A Meltdown

On November 23, 2022, Priyanka Chopra Jonas delighted her fans with a cutesy glimpse of her daughter, Malti Marie Chopra Jonas, and it's too cute to handle!

Bollywood actress turned Hollywood diva, Priyanka Chopra Jonas needs no introduction. She often leads the headlines for both her personal as well as professional life, inspiring many people with the way she's balancing the work-life balance. Apart from being an extremely talented actress, Priyanka is a philanthropist, author and entrepreneur. PeeCee is acing every role like a pro and how.

On the personal front, Priyanka got married to American pop sensation, Nick Jonas on December 1, 2018. Later, in 2022, the couple entered the parenthood phase with the arrival of their daughter, Malti Marie Chopra Jonas via surrogacy. Nick and Priyanka are extremely protective parents, who have kept their daughter's face hidden from the entire world till now. 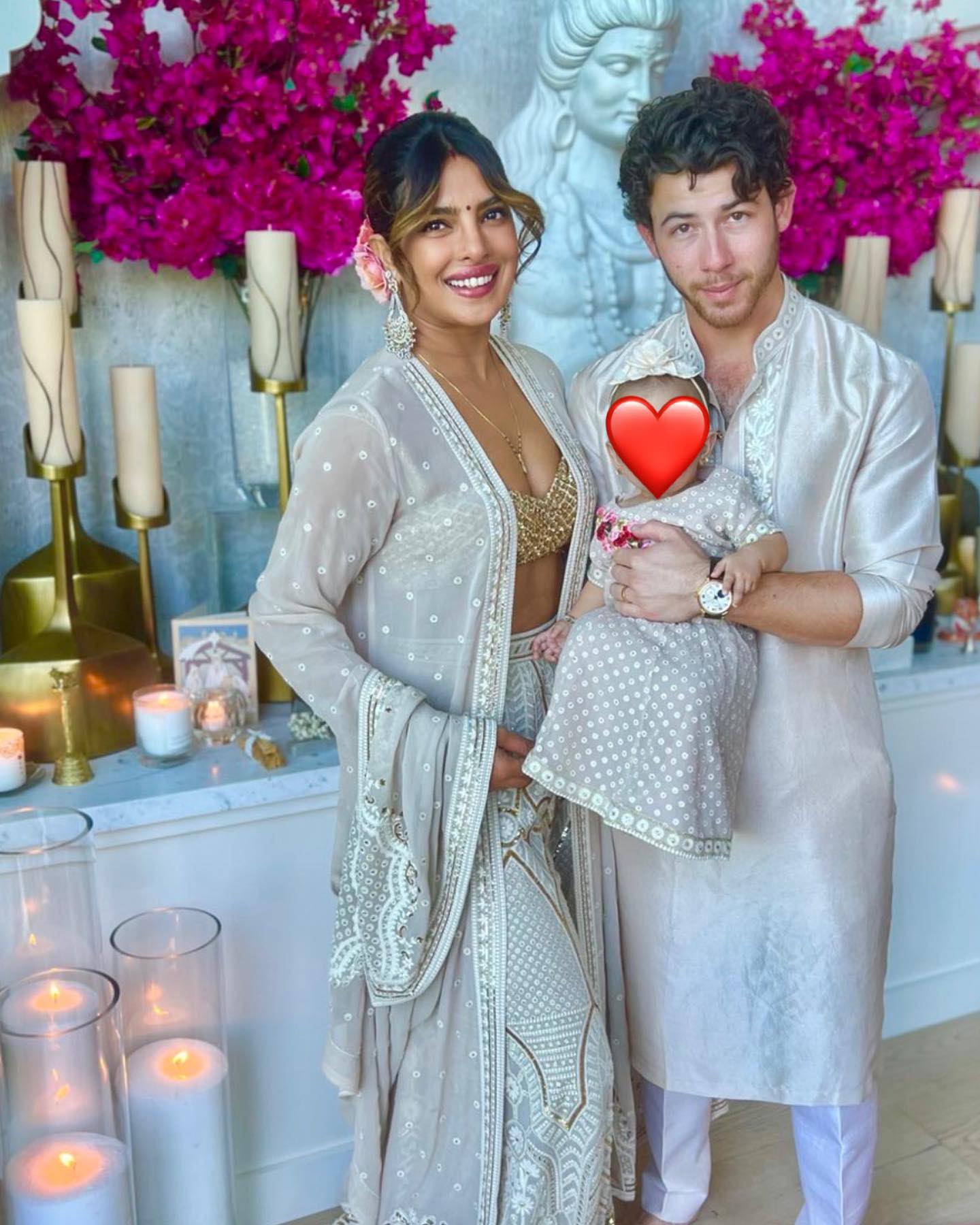 A few moments back, taking to her IG handle, Priyanka Chopra Jonas shared a super cute picture of her baby girl, Malti Marie Chopra Jonas. In the priceless picture, the little munchkin can be seen sleeping peacefully in her stroller, and her eyes were covered with a woollen pink cap. Though we got a glimpse of Malti's half-face, it was enough to send us into a meltdown. Sharing the picture, atop it, Priyanka penned:

On November 10, 2022, Priyanka returned to Los Angeles after her trip to India and shared a priceless family picture with her husband, Nick Jonas and their daughter, Malti. In the picture, the doting mommy looked super happy as she reunited with her baby girl. She was seen lying on the floor at her home along with her hubby, holding her baby girl close to her. The mother-daughter duo was cuddled up together as Nick gazed at them. Along with the picture, Priyanka penned: 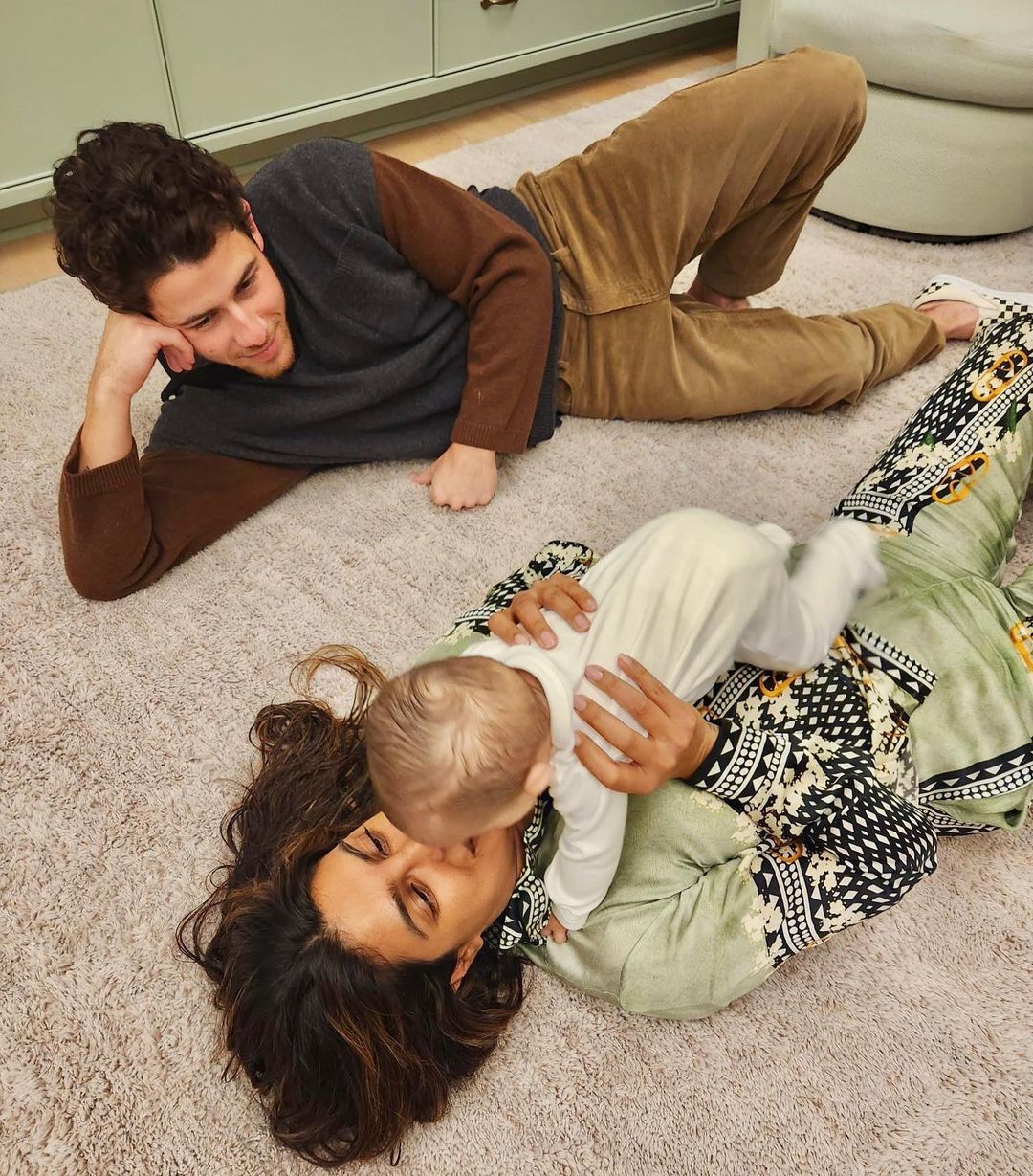 On November 11, 2022, Priyanka Chopra took to her IG handle and shared two beautiful pictures from her LA home giving a sneak peek of the Christmas decoration at her house. For the unversed, Christmas 2022 is going to be her daughter, Malti's first Christmas, and the mommy is leaving no stone unturned to make it a grand one. In one of the pictures, she could be seen sitting on a couch and pointing at the Christmas tree at her home. The second picture showed her sitting near the fireplace with her daughter on her lap, who looked the cutest in a printed onesie. Atop it, she penned:

We are in love with Malti's cutesy picture! What about you?

Next Read: Dilip Kumar's Sister, Farida Hospitalised, Saira Banu And Her Family Are Looking After Her

Priyanka Chopra Gets Slammed For Her Photo With Daughter, Malti, Troll Says 'Looks Kind Of Creepy' 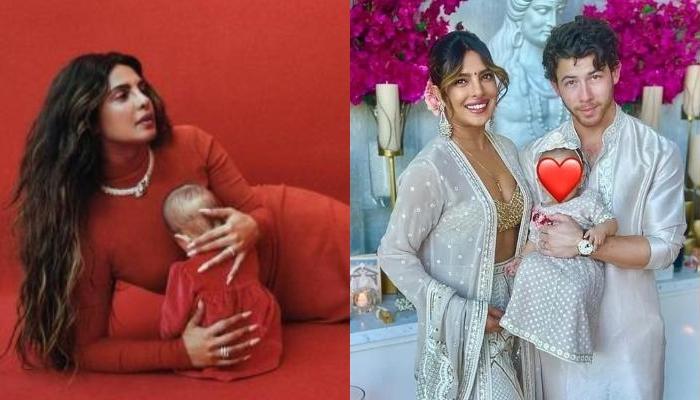 Priyanka Chopra Jonas, aka our very own Desi Girl, never fails to hit the headlines, courtesy of her personal and professional lives. The diva, who got married to American singing sensation, Nick Jonas, is currently basking in the glory of her motherhood journey. It was in January 2022, when the adorable