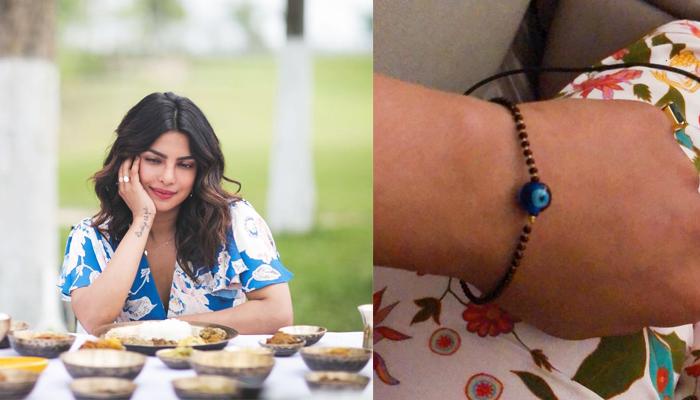 It is no surprise that speculations, conjectures, rumours and gossips are indispensable when we talk about out the tinsel town. Who’s dating who, who’s having an affair and who not, who got hitched and who parted ways, are some of the questions which make the headlines on a daily basis. (You May Like: Karan Johar Shares Adorable Pics Of Twins, Golden-Haired Yash And Roohi With Her Tiny Teeth)

Something similar happened yesterday with Priyanka Chopra. The Baywatch actress had visited Assam and on her way back, she shared a beautiful pic of herself from a flight. After her post, netizens started speculating that Priyanka Chopra has secretly gotten married! Yes, and all thanks to a bracelet that she was wearing on her wrist.

The rumour broke the internet and surfaced viral on all the social media platforms. Rubbishing the rumours, PeeCee took to Twitter, and wrote, “Hahahah heights of speculation! This is an evil eye guys! Calm down! I’ll tell you when I get married and it won’t be a secret! Lol.” She also shared the picture of her bracelet and tweeted:

Yesterday, we brought to you the news of how netizens started speculating that the bracelet is actually a mangalsutra! Priyanka’s post went viral and many started to think that she has had a secret wedding.

Clearly, PeeCee would let the world know when her wedding happens. Remember her statement when she appeared in Koffee with Karan Season 5? She had then said, “When there is a ring on the finger, the world will know. I believe you are single until you are married”.

Last year, talking to a media house, Priyanka had said, “Nothing is a spoiler in life and they both are not mutually exclusive. Let's just say that the option is always open. I love what I'm doing but I'll admit that the pace and time commitments of my job is not easy for anyone to handle”. (Don't Miss: Karan And Bipasha Dance And Twirl Intimately On A Romantic Song On Their Anniversary)

She had further added, “If I do decide to take the plunge, it would be with someone who understands and supports that. At the end of the day, two people make a relationship work. It will take an understanding and prioritisation from both”.

In an interview that she gave to Filmfare earlier, she had opened up, “I have a personal life. I don't like talking about it. I am private about it. I've never flaunted my relationships, I have protected them. I believe in 'buri nazar'”.

On the professional front, Priyanka’s American TV series Quantico’s third season has already gone on air last week. In Bollywood, she will next be seen in Bharat, opposite Salman Khan. Talking about Bharat, Priyanka revealed, “Bharat is the Indian movie I signed this year. It’s the quintessential Bollywood movie, which I haven’t done in many years. A lot of them were dramatic and thematic. This one’s going to be out and out entertainment. I’m excited! I haven’t been back to do a movie in two or three years now.”

Even if Priyanka has tossed her wedding rumours in the air, we can’t wait for her marriage anymore. How many of you want to see her wedding avatar? Do let us know in the comments section below.

Priyanka Chopra Secretly Got Married? Netizens Ask If She Is Wearing A 'Mangalsutra' 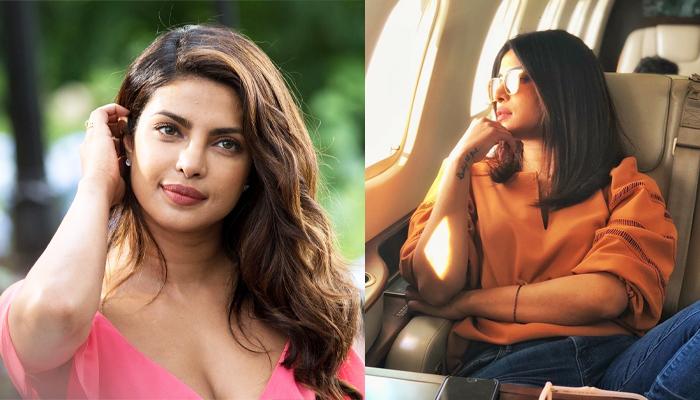 “When there is a ring on the finger, the world will know. I believe you are single until you are married,” said Priyanka Chopra when she appeared in Koffee with Karan Season 5. The Baywatch actress has always been tight-lipped about her relationship status but now it seems that the