Bollywood actress, Priyanka Chopra Jonas revealed that her wedding dress had given her a neck cramp that still hurts even after 2 years of her marriage with her husband, Nick Jonas. Find out!

The love story of popular celebrity couple, Priyanka Chopra Jonas and Nick Jonas is one of the cutest we have witnessed in all these decades. For the uninitiated, Nick had sent a direct message to Priyanka Chopra on Twitter in the year 2016. The actress had asked him to send her a text instead. That was the first time they had talked and had exchanged numbers with each other. Before meeting at Met Gala 2017, Nick and Priyanka had met each other at the Vanity Fair Oscar's after-party in 2017. (Recommended Read: Mira Kapoor Dances On 'Tunak Tunak Tun' At BFF's Wedding, Her Bridesmaid Look Costs Around Rs 3 Lakh)

According to various reports and sources, it was reported that Nick and Priyanka were head-over-heels in love with each other at the end of the after-party. The much-in-love couple had tied the knot with each other on December 1-2, 2018 at Umaid Bhawan Palace in Hindu and Christian weddings, and the rest is history. Now, Priyanka Chopra Jonas revealed that her wedding dress had given her a neck cramp that still hurts even after 2 years of her marriage with her husband, Nick Jonas. Scroll down to know it all! In a candid conversation on Kyle and Jackie O Show, Bollywood actress, Priyanka Chopra Jonas disclosed a ground-breaking and shocking detail about her wedding with Nick Jonas and stated that she had suffered a neck injury during their Christian wedding. For the uninitiated, The White Tiger actress had worn a stunning Ralph Lauren gown for her wedding day, and it was reported that a total of 1, 826 hours of work by 15 professionally-skilled artisans was taken to make this gown. The gown's major highlight was its 75-foot-long veil, which had turned out to be the reason for Priyanka's neck cramp that still hurts even after more than 2 years of her marriage with Nick. Priyanka said, "I still had a cramp on my neck from that one (dress) that evening." (Don't Miss: Aishwarya Rai Bachchan Trolled For Treating Her Daughter, Aaradhya Bachchan Like A 3-Year-Old Kid) 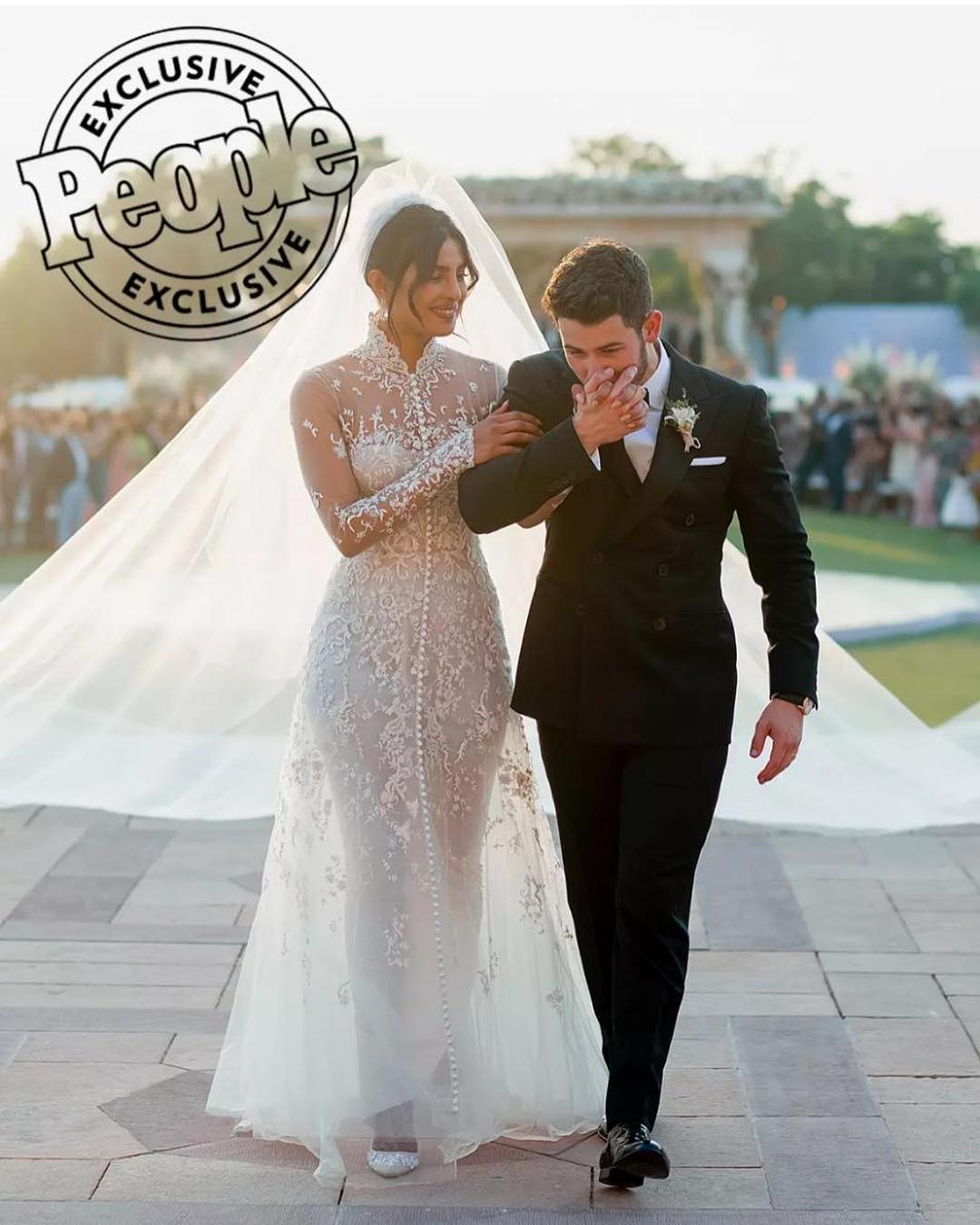 Going further in her conversation, Priyanka Chopra Jonas revealed that from the beginning of her wedding preparations, she had started thinking about the kind of gown she's going to wear on her D-day. The actress had wanted to make a record of 'world's longest veil', but soon a lady had demolished her dreams. She said, "I googled it when we were having the conversation about my veil, and I was like, 'okay I'm out of this race. I'm not even going to try, as competitive as I am'." In the end, the actress once again talked about the weight of her gown's veil and why she had decided to quit the idea of beating the world record. She concluded, "If mine at 75 feet was so heavy, and sewn on to my hair, then I could just imagine that woman's tulle – 15 football fields?" For the uninitiated, a video from Priyanka Chopra Jonas and Nick Jonas' wedding was released soon after their wedding in which we could see the bride walking down the aisle for her Christian wedding in a custom Ralph Lauren gown. Talking about the gown in detail, it had floral and scroll motifs and lace-effect tulle appliqués with scalloped sleeves and a high-neck collar. The hand-beaded and hand-embroidered gown had also included the mother of pearl paillettes, crystal seed beads, and Swarovski crystals. Underneath the long-sleeve gown was a strapless column dress made up of over two million mothers of pearl sequins. A 75 feet long tulle veil had topped off the look. Take a look: (Also Read: Raveena Tandon's Priceless Photos With Ravi Tandon On His Birthday Prove She's 'Forever Papa's Girl')