The Game Of Thrones actress, Sophie Turner and popular singer-songwriter, Joe Jonas had tied the knot in a hush-hush wedding in Las Vegas on May 01, 2019, and for the extravagant celebrations, the couple had opted for the 249-year-old property, Chateau de Torreau in France. Since then, we are seeing them giving us major couple goals through their beautiful camaraderie together. Also, Sophie Turner's dreamy bond with her devrani, Priyanka Chopra Jonas always makes its way into the headlines. Both the actresses never skip a chance of showering love on each other in their interviews and PDAs. (Recommended Read: Raveena Tandon's 'Tip Tip Barsa Paani' Mode With Daughter, Rasha Thadani Sets Major Nostalgia)

Well, reports of Priyanka becoming a chachi were rife in the air, but no one had confirmed/denied it. But after some time, Sophie Turner had put all the speculations and rumours to rest by flaunting her baby bump. The pictures of her waking with her husband, Joe Jonas and flaunting her baby bump had gone viral all over the internet, and here we are cherishing the news of Sophie Turner and Joe Jonas welcoming their first child after a successful delivery. Scroll down to know more! 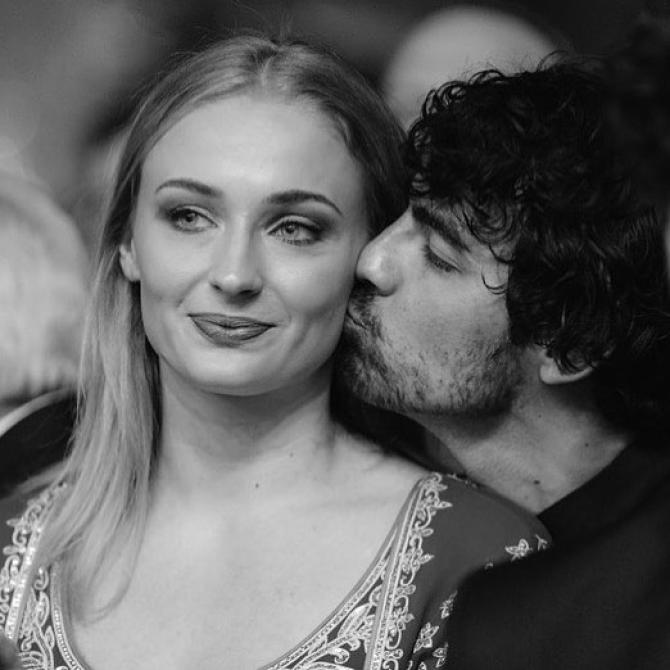 On July 27, 2020, famous singer, Joe Jonas' label, Republic Records has announced that Sophie Turner has given birth to her first baby. The couple is delighted at the moment, and their official statement can be read as "Sophie Turner and Joe Jonas are delighted to announce the birth of their baby." However, according to a prominent celebrity website, TMZ, it has been reported that the newborn baby is a girl and was born on July 22 in a hospital in Los Angeles. But the couple had kept the news under wraps. The website has also suggested that the couple has decided the name, Willa for their newborn baby girl. However, the official statement is yet to come from the side of Sophie Turner and Joe Jonas. There's no doubt that both Priyanka Chopra Jonas and her hubby, Nick Jonas will be delighted by this news. On top of that, the beautiful bond that Priyanka shares with her jethani, Sophie Turner, we are sure of some adorable pictures and notes on our feeds pretty soon. In an interview with the Hindustan Times, Sophie Turner had spilt some beans on what does she think about Priyanka Chopra. She had said, "With Pri, especially, it's kind of crazy. You have to remind yourself that she's had a 20-year career in Bollywood already. She's like the biggest thing in India right now." She had also revealed her reaction to the craze of Priyanka in India and had said, "When we went there for her and Nick's wedding, we were treated like royalty. They worship her over there." Sophie had further spoke about how nice it is to live close to the family as Nick Jonas and Joe Jonas live at a close distance. She had also expressed how fun it is to spend time with Priyanka Chopra. She had said, "It's kinda crazy. But she's just the nicest person, and they live, like, 10 minutes away." Priyanka had also spoken about her bond with Sophie and how does she tease her on being called 'jethani'. She had said, "My jethani-devrani? (Laughs out loud.) Sophie calls herself 'jethani' (elder sister-in-law). She's like, you have to listen to me, I'm the jethani. She loves being jethani." (Don't Miss: Amitabh Bachchan Pens An Emotional Note As Aishwarya And Aaradhya Get Discharge From Hospital) On June 30, 2020, Priyanka Chopra Jonas had taken to her Instagram handle and had posted a beautiful monochrome picture of the stunning couple, Sophie Turner and Joe Jonas. The photo was taken from the couple's lovely France wedding. Atop of this amazing picture, Priyanka Chopra had written 'Happy 1st anniversary! Love you both." Take a look. (Also Read: Sushant Singh Rajput's Brother-In-Law, OP Singh Pens A Memoir For His 'Warrior Prince')