Raveena Tandon switched her 'Tip Tip Barsa Pani' mode as she enjoyed Mumbai rains with her daughter, Rasha Thadani. Check it out. 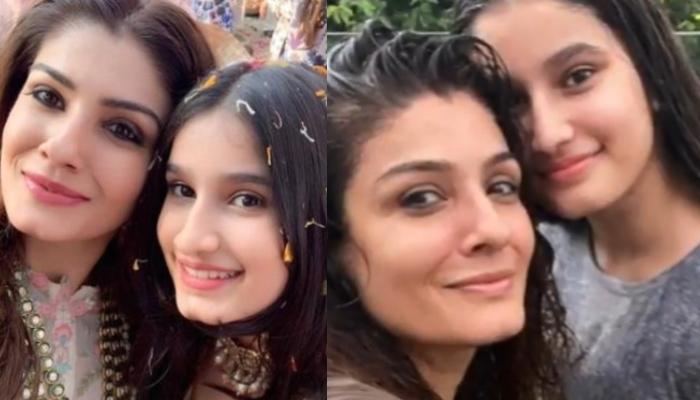 The one actress, who had ruled the hearts of millions in the 90's, is none other than Raveena Tandon, who killed everyone with her thumkas. A mere mention of the song, Tip Tip Barsa Paani from the film, Mohra takes us to the gorgeous yellow chiffon saree-clad Raveena dancing her heart out with the handsome Akshay Kumar. Raveena had met her dream man Anil Thadani during a business meeting. After a courtship of a few months, Anil had proposed Raveena and the two had gotten engaged in a low-key ceremony. On February 22, 2004, Raveena and Anil had tied the knot in a traditional Punjabi and Sindhi style weddings and had begun their happily ever after. (Also Read: Amitabh Bachchan Pens An Emotional Note As Aishwarya And Aaradhya Get Discharge From Hospital)

Raveena Tandon has inspired millions when she had adopted her cousin’s daughters, Chhaya and Pooja at 21 and had given them her last name ‘Tandon’. Apart from her two adopted daughters, Raveena has two biological kids, Ranbir and Rasha Thadani. The doting mommy of four has always given glimpses of her camaraderie with her kids through her social media handles. Raveena has nailed the art of motherhood and we totally love her bond with her kids. 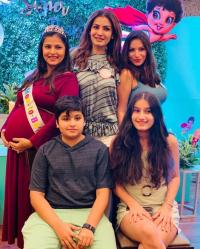 On July 27, 2020, Raveena Tandon took to her IG handle and shared a video where she and her daughter, Rasha were seen enjoying Mumbai rains. She added her famous song, Tip Tip Barsa Pani in the background setting major nostalgia. Along with the video, she wrote, “Mausam lovely Mausam! And usper Megha re Megha... just couldn’t resist! We just Had to go out there and get drenched! #monsoonmasti #mumbairains.”

Sometime back, Raveena had taken a trip down the memory lane and had shared her daughter, Rasha’s childhood to teenage pictures from her archives. Along with the pictures, she had written, “Every day a different memory... best times is when you can spend hours dressing up your little ones and it is such fun.. and they still haven’t learnt to protest! Once they have a mind of their own, all becomes a distant dream. Now I’m asked a choice only so that it’s rejected and the one I haven’t chosen, is surely worn!! #throwback #little @officialrashathadani." (Also Read: Sushant Singh Rajput's Brother-In-Law, OP Singh Pens A Memoir For His 'Warrior Prince') 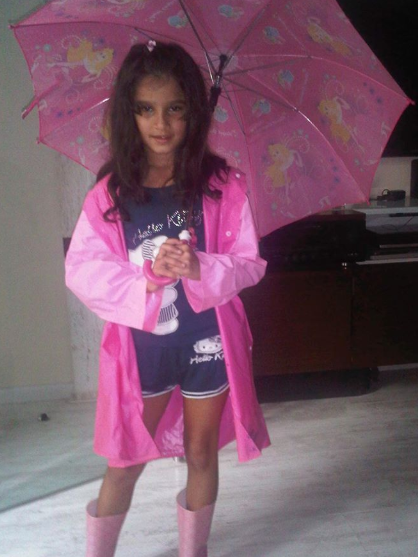 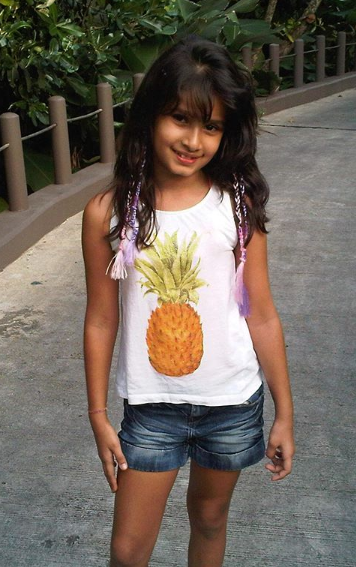 The mommy-daughter duo often creates TikTok videos. On April 27, 2020, Raveena had shared a TikTok video with her beautiful little girl, Rasha. In the video, we could see Raveena take the 'Beauty Mode Challenge'. However, she had given the viral trend her own little twist. She was seen lip-syncing and asking, “What the hell is beauty mode? What does this do?” Raveena had captioned her video as " #freakymonday going back to being 15! #goingbackintime!"

In an interview with the DNA, Raveena had talked about the camaraderie she shares with her daughter, Rasha and how at times she gives her opinion on finalising an outfit. She had shared, "Raasha’s not on social media yet. She is just 12. There’s a right age for that as well, for that kind of exposure. When she is 14 or 15, we will see. Right now, when she watches me go out to shoot or watches my episodes on TV, I definitely get my fair share of comments — what I should be doing with my hair or not and stuff like that. She has her opinions on the dresses I wear and is extremely fascinated by the idea of make-up. So whenever I am getting ready and doing my make-up, she generally comes and watches me or studies along when I’m doing it." (Also Read: Arpita Khan Sharma Shares A Perfect Family Picture, Gives A Sneak-Peak Of Their Weekend) Do you also like drenching in the rains? Let us know. These crazy times have made us revisit our memory lanes and dig out old memories which were dug so deep that we weren't even aware they were there! Bollywood's treasure of old, nostalgic stories, gossips and controversies are some of the things which are dominating the social media these days.