Global icon, Priyanka Chopra Jonas is a diva, who broke all the stereotypes and created the most beautiful life for herself. The actress is riding high on the professional front as she has multiple projects in her kitty. Married to singer-actor, Nick Jonas, Priyanka's personal life is no less than a paradise. The celeb couple never fail to give out major goals, and now that they've become parents and are acing their parenting duties, we are falling in love with them all over again.

For the unversed, Priyanka and Nick had welcomed their first child, Malti Marie Chopra Jonas, through surrogacy, and currently, their lives revolve around their little one. For the unversed, when Malti was born, she was premature and had to be kept in the NICU for 100 days after her birth. However, now that Malti is with her doting parents, they are leaving no stones unturned to celebrate every day of their lives. 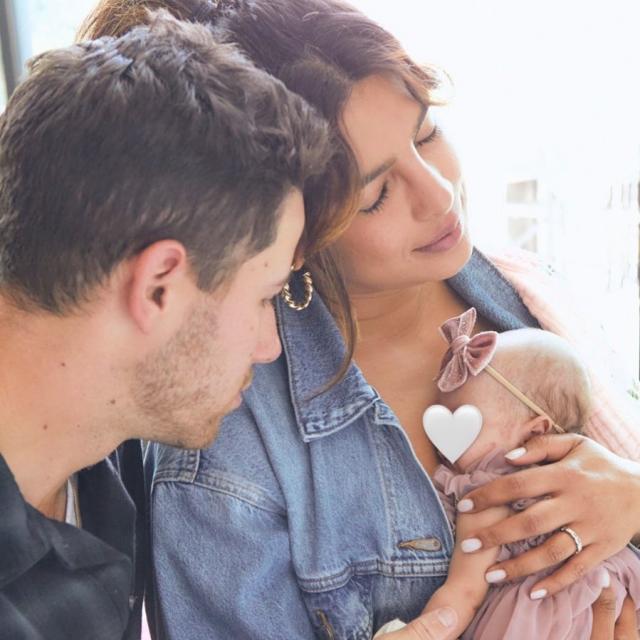 On July 22, 2022, Priyanka Chopra Jonas took to her IG handle and shared some unseen pictures from her birthday bash. In the pictures, Priyanka can be seen having a gala time with her loved ones at a surreal location away from the hustle and bustle of the city life. The actress celebrated her special day with her hubby, Nick Jonas, daughter, Malti Marie Chopra Jonas, mom, Madhu Chopra, cousin, Parineeti Chopra, and other friends. The pictures are proof that PeeCee has been living the life of her dreams. Along with it, Priyanka penned a long note in the caption, and it was all heart. Her note can be read as:

"The most incredible celebrations, planned and executed to perfection by my @nickjonas Words are not enough to thank you for the most memorable birthday… you really know how to love baby. I’m a lucky girl. Thank you everyone who reached out , it means the world. Here’s to the beginning of the rest of my life. Grateful and blessed"

However, the picture that won our hearts was the one in which PeeCee was seen holding her baby girl close to her. Priyanka and Nick's daughter, Malti Marie Chopra Jonas turned 6-months-old, and the doting parents celebrated her special day with the cutest and tiniest cake. In the picture, the little one donned a pink tullu skirt paired with a customised top with '6 months' written on it and she styled her look with a pair of glasses and a headband. On the other hand, Nick was seen holding a cake in his hand, and it was just so cute.

On July 20, 2021, we had got hold of a beautiful picture of Priyanka Chopra and her daughter, Malti, doing rounds on the internet. In the priceless photo, Priyanka could be seen holding her baby girl close to her heart as she posed for the lens with her best friend, Tamanna Dutt. The actress donned a red gown with cut out detailing and her little munchkin twinned with her in a cutesy red frock. The mother-daughter duo looked too adorable, and their twinning moment won our hearts! 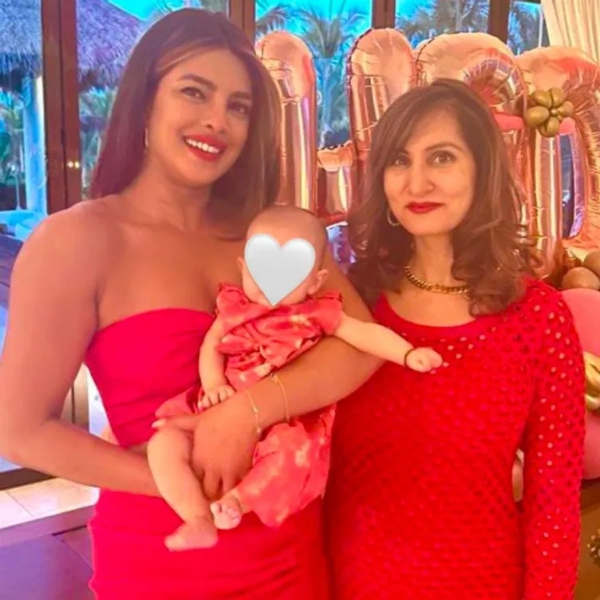 We can't wait to see more pictures of little MM with her parents, Priyanka and Nick. What about you? Let us know!

Priyanka Chopra Shares A Candid Moment With Daughter, Malti Dressed In Nappies And A Cutesy Hairband 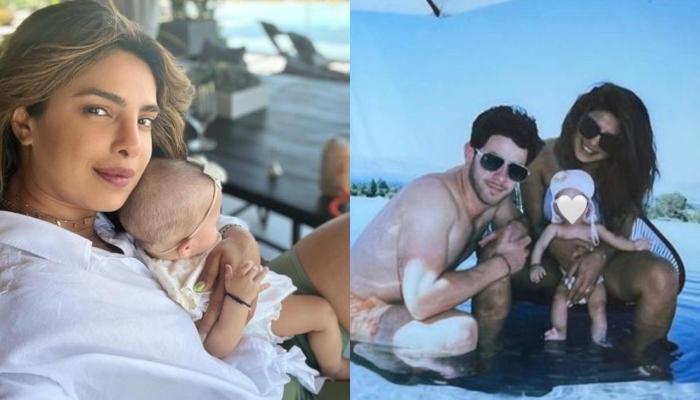 The bond between a mother and daughter is a precious one, as it is based on pure love. A mother leaves no stone unturned to provide her babies with all the happiness in the world. However, when it comes to her daughter, she becomes a bit overprotective and ensures to keep