Priyanka Chopra's Birthday Surprises For Nick Jonas Were Out Of The World, His Cake Was Legit

Priyanka Chopra's Birthday Surprises For Nick Jonas Were Out Of The World, His Cake Was Legit

Nick Jonas celebrated his 27th birthday on September 16, 2019, and don't you all want to know how amazing his wife, Priyanka Chopra Jonas had made it for him? Read on! 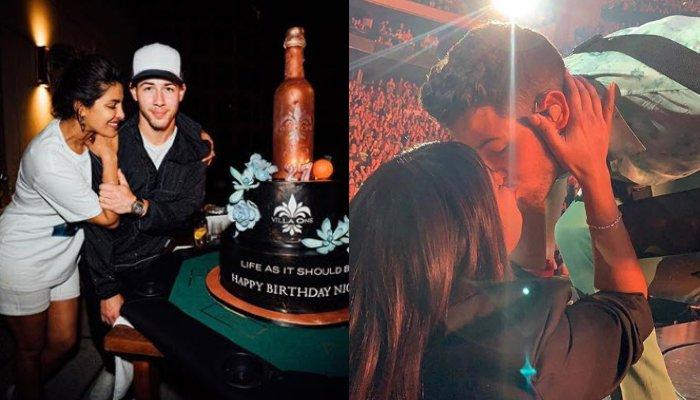 You Get The Best Of Both Worlds… Chill It Out, Take It Slow… Then You Rock Out The Show… You Get The Best Of Both Worlds… Mix It All Together… And You Know That It's The Best Of Both Worlds- remember the lyrics of this Hannah Montana song that we would groove to in the 2000s? While we totally loved the song because of its pep, little did we know that one day we would listen to it to denote Priyanka Chopra Jonas and Nick Jonas’ relationship! As true as it sounds, they rocked the show and these two individuals, who are ‘the best of both their different worlds’ went on to become one another’s for eternity on December 01-02, 2018. (Do Read: Alia Bhatt's 'Never Let You Go' Hug To Ranbir Kapoor Is A Sight To Behold, Lovebirds Twin In Black)

This year holds a lot of firsts for Priyanka Chopra Jonas and Nick Jonas and one of them being their first birthday with one another post-wedding. While we will share the deets of Priyanka’s birthday too, in the later paragraphs, but first let us share with all of you how amazingly PeeCee celebrated her man’s special day. Sharing a video of herself and Nick, Priyanka had written on her jaan’s 27th birthday on September 16, 2019, “The light of my life. Every day with you is better than the last. You deserve all the happiness in the world. Thank you for being the most generous loving man I have ever met. Thank you for being mine. Happy birthday Jaan. I love you @nickjonas.”

Humbled by all the wishes and surprises, Nick Jonas took to Instagram and posted an array of pictures and videos, sharing glimpses of how he celebrated his birthday and how his wife, Priyanka Chopra Jonas made it extra special for him on his first birthday after marriage. He wrote, “I’ve been lucky enough to celebrate my 27th birthday over the past couple of days with family, friends, and fans in Chicago and St. Paul. My beautiful wife surprised me with a touch football game with some of my closest friends and family on the one and only Soldier Field in Chicago (!!!) followed by a few hours of Topgolf, and then a party where pizza, tequila, cake, and cigars were involved. The next day we played a sold-out show in St. Paul where so many of you brought birthday signs and sang me Happy Birthday on stage. I can’t thank you all enough for the outpouring of love and birthday wishes over the past couple of days. Means the world to have you all in my life. I’m endlessly grateful. Here’s to 27!” (P.S., swipe right to take a look at all of them.)

It is still giving us jitters to see how, in the middle of a full-packed auditorium and performance, Nick Jonas had looked at his wife, Priyanka Chopra Jonas, who was standing in the VVIP audience section close to the stage, took a rose from her and gave a peck on her lips from the stage itself! This truly suggests how deeply the couple loves each other and what a stupendous exemplar of #CoupleGoals do these two make! Also checkout a fun video from Nick's birthday celebrations, wherein the duo is trying out bhangra in De De Pyaar De's Hauli Hauli: 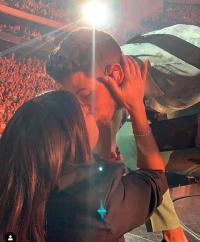 Now talking about the missus, Priyanka Chopra Jonas herself, the gorgeousness had turned 37 on July 18, 2019, and her hubby, Nick Jonas had left no stones unturned to make this, a day to remember for her. Amidst all the celebrations, all the attention was taken away by the 24k gold edible cake, which Nick had specially customised for his superstar wife. Don’t forget to note how the cake and Priyanka’s birthday dress had complemented one another. Take a look at a few pictures of the magnificent cake and our Desi Girl’s birthday party: 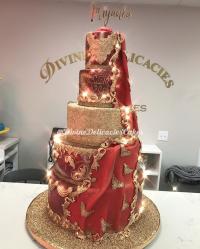 Talking about cakes and Priyanka Chopra Jonas and Nick Jonas’ fetish for it, let us take you on a throwback and remind you about their humongous 6-tier wedding cake. A Filmfare report had it that Nick had called in chefs from Dubai and Kuwait to prepare their wedding cuisine. Chef Karan Bakshi had informed the portal that special instructions were given to learn and prepare Marwaad's authentic food. The same sets of chefs were asked to make an 18-feet (6-tier) wedding cake for Priyanka and Nick! (Must Read: Katrina Kaif Reacts On Rumours Of Her And Ranbir Kapoor Shooting Separately For The Latest Ad) 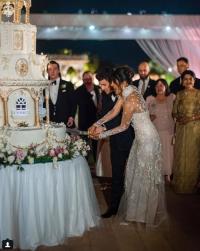 In a throwback interview, Nick Jonas had revealed what had made him fall for Priyanka Chopra, “So many things. I could go into all of it and get all mushy but, I think the thing that really connected both of us is our love for family and faith and the importance of being connected to those who are always going to be there for you. We found that in each other as well, which is a beautiful thing. I'm excited to start our life together.” 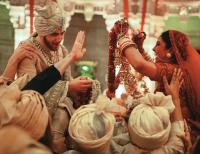 From MET Gala 2019 to Cannes 2019, Priyanka Chopra Jonas and Nick Jonas have become almost synonymous to #CoupleFashionGoals. It was during Cannes 2019 when Priyanka had shared a memorable instance from their courtship days which had made her sit back, analyse their relationship and understand that Nick is a keeper! In a chat session with Anupama Chopra, Priyanka had stated, “The best thing about getting married to someone like Nick is he understands what it takes to have the careers that we do. His career is longer than mine, he's been in the business almost 20-21 years and he knows what it takes. So that was one of the first things I think I fell in love with him.” (Also Read: Sanaya Irani Turns A Year Older, Husband, Mohit Sehgal Shares A Cute Birthday Wish For Her) 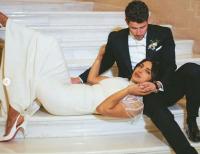 Who wouldn’t love birthdays like that? Priyanka and Nick, sending all our love to you! 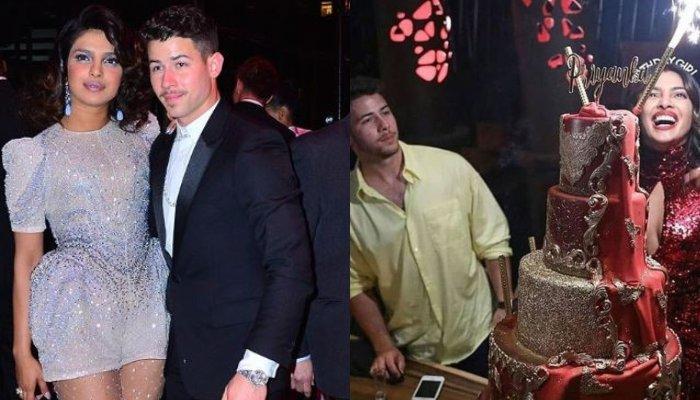