Welcoming a new life into this world, and the joy associated with the beautiful journey of 9 months is something that nothing in life can match to. And one of the best ways to celebrate this wonderful journey is through a fun-filled baby shower ceremony. Karisma Kapoor’s ex-husband, Sunjay Kapur is all set to embrace parenthood for the third time. After his divorce with Karisma, Sunjay tied the knot with model-turned-entrepreneur, Priya Sachdev in April 2017. (Also Read: Karisma Kapoor's Ex Sunjay Kapur's Wife Priya's Grand Baby Shower Celebrations, Pics Inside)

Now, Priya and Sunjay are expecting their first child together in December 2018, and the mommy-to-be had her baby shower celebrations a few days ago amidst family and friends. And if the buzz is to be believed, Sunjay and Priya will welcome a baby boy. The décor of Priya’s baby shower was done with blue balloons and confetti. And the soon-to-be mommy looked radiant in a cold shoulder lavender-coloured floral dress. Here’s one of the pictures from the ceremony: Priya Sachdev Kapur’s sister, Charu Sachdev recently shared some pictures from Priya’s another baby shower ceremony. Seems like the doting sister and elated masi-to-be, Charu organised another baby shower for her darling sister. Sharing the pictures from the same, Charu wrote, “#babyshower for Sis 13.10.2018”. Priya looked stunning in a black floral dress, flaunting her baby bump and pregnancy glow like a pro. In this baby shower as well, the décor was done with blue balloons. Priya’s baby shower cake had two cute baby toppers adorning it, and ‘Hi Mum! See You Soon’ tag making it perfect to celebrate the end trimester of the expecting mother. Here are some more pictures from the ceremony: 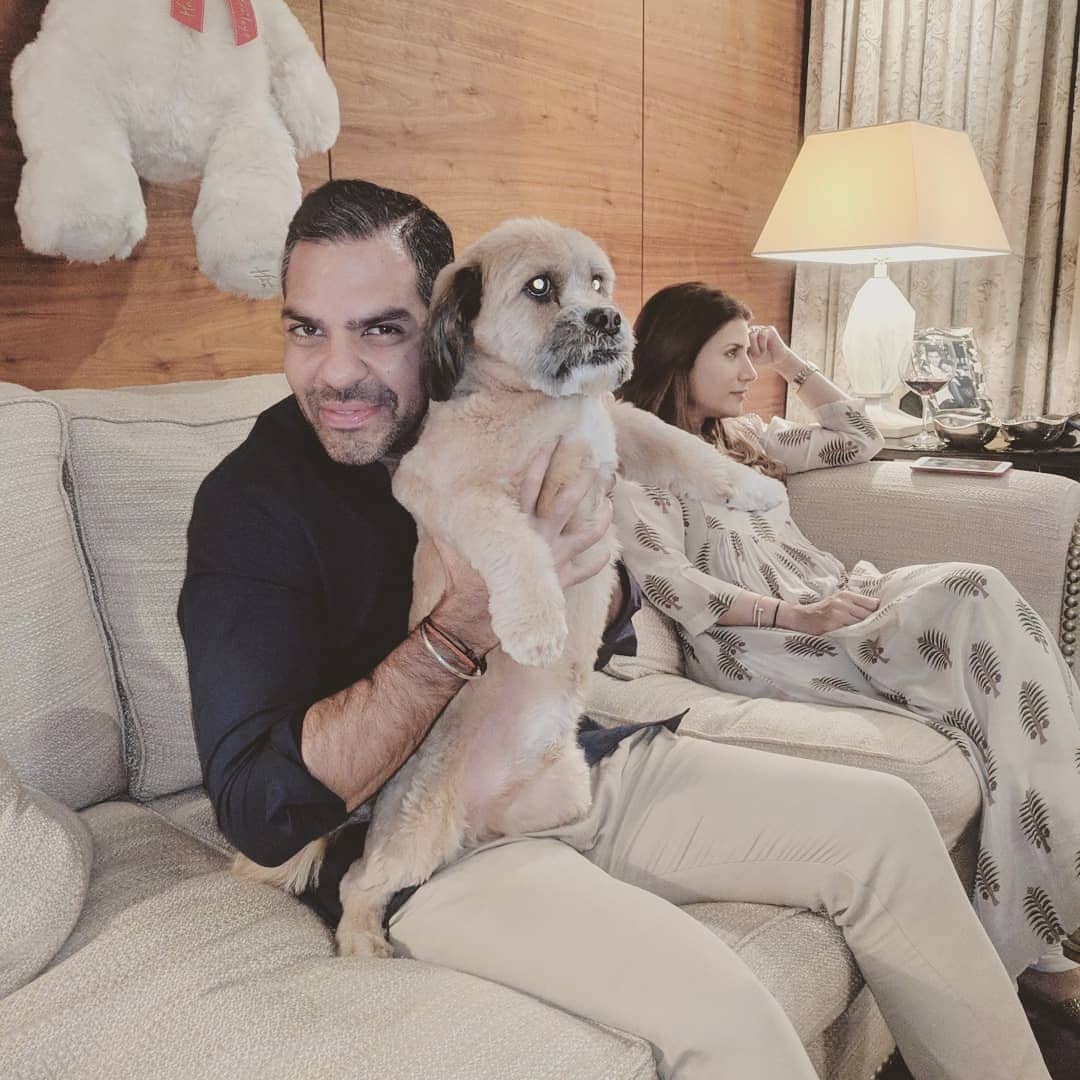 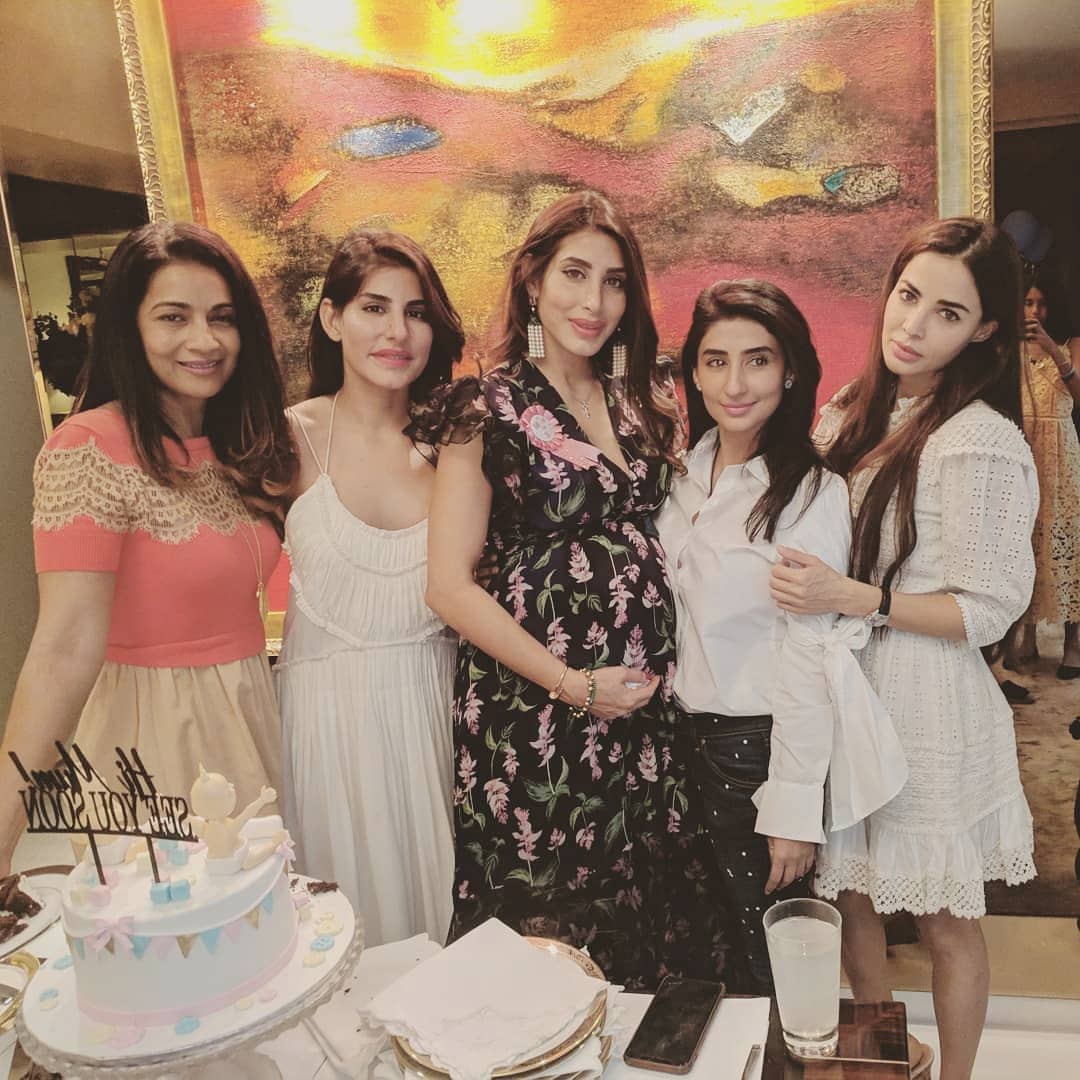 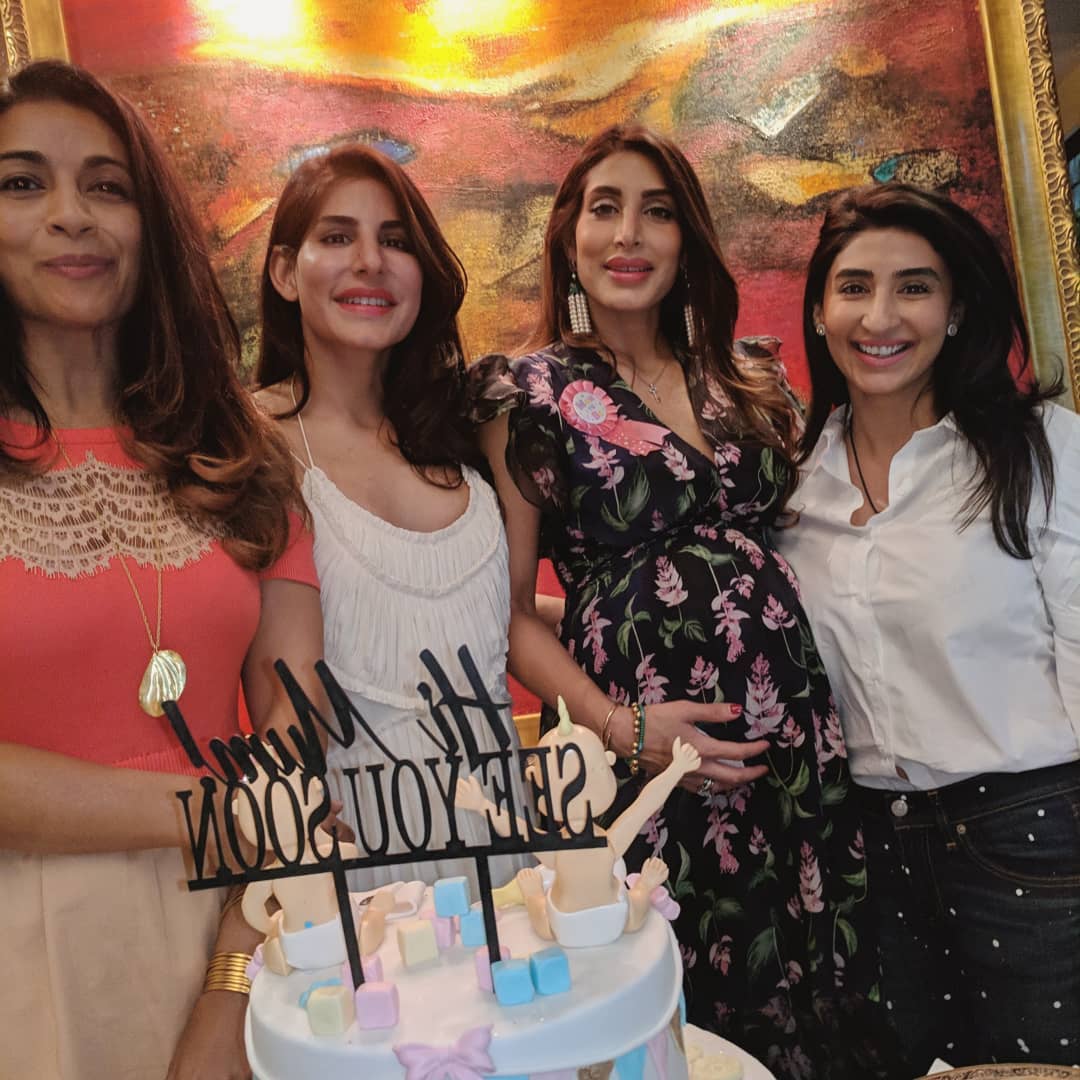 As we mentioned earlier that Sunjay was earlier married to Karisma, Priya was also married to a hotelier, Vikram Chatwal. But things didn’t work out between the duo and they parted ways in 2011. Priya and Vikram have a daughter named Safira Chatwal, and on the other hand, Sunjay too has two children with Karisma Kapoor, Samiera Kapoor and Kiaan Raj Kapoor. (Also Read: After Kids-Samiera And Kiaan, Karisma Spends Time With Ex-Husband Sunjay Over A Lunch)

Priya and Sunjay completed one year of marital bliss on April 13, 2018, and sharing a photograph from their wedding reception, Priya wrote, “Happy Anniversary my Darling Husband...Love you from the Sun and Back Infinite Times! You Complete Me in every way possible...Thank you for your unconditional love. This last one year has been beautiful and always a roller coaster with you...looking forward to a lifetime of more beautiful years of married life with you my Handsome Husband!” 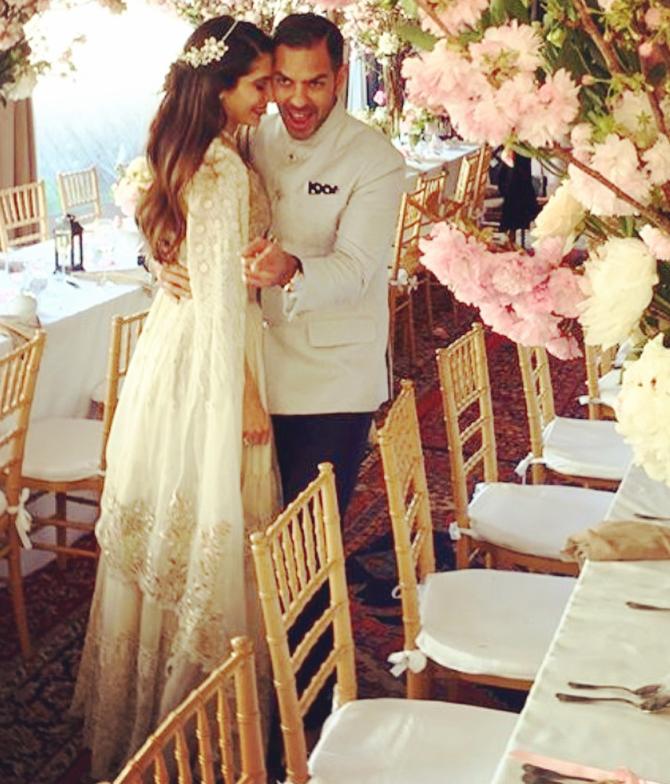 The lovebirds got married in a hush-hush wedding where only close friends and family were invited. Speaking about her husband Sunjay, Priya had stated, “He makes me smile. Sunjay has brought security and stability to my life.” Priya and Sunjay met each other for the first time in a flight and dated each other for 5 years before exchanging wedding vows. (Also Read: When Stepmom Priya Sachdev Posted B'day Wishes For Hubby Sunjay And His Ex Karisma's Kids)

Priya was quoted as saying, “During the flight, we realised that neither of us was what our public perception had been made out to be. The barrier of those misconceptions came down and we kept in touch.” Further talking about how good Sunjay is as a father, Priya revealed, “Sunjay is an amazing human being and a very good father to his children. He loves them dearly. Both of us have never tried to instill any negativity in our children towards our ex-spouses.” 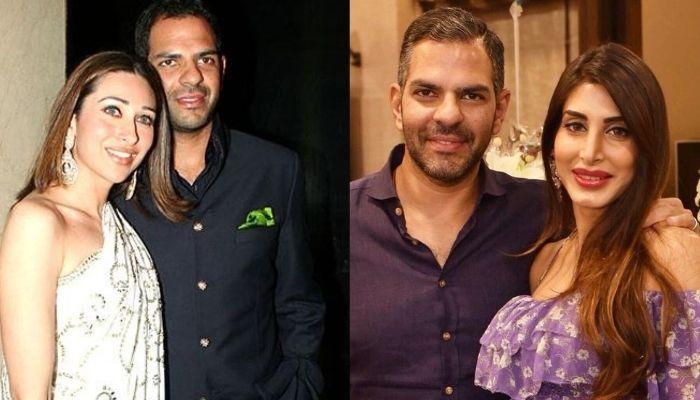 Karisma Kapoor had gotten married to a businessman, Sunjay Kapur on September 29, 2003, and after a rough marriage, the couple had filed for divorce. It was on June 13, 2016, when Karisma and Sunjay were granted a divorce by the Mumbai  Family Court. The ex-couple has two kids together, Samaira Kapoor