Priya Sachdev Kapur and Sunjay Kapur got married in 2017 and had welcomed their first child with one another on December 20, 2018. Priya posted a beautiful picture with her baby boy.

For those who don’t believe in love or think that it will never come your way, take a cue at our favourite celebs from the glamour world. Had they not believed in it, would our glamour world stars come a long way in this true course of love? Certainly not! Love came in Karisma Kapoor’s ex-husband, Sunjay Kapur and his now wife, Priya Sachdev Kapur more than once and they didn’t let the opportunity go. Look what happened with a love like that and see how happily are the icons living their life. (Do Read: Shilpa Shetty Kundra Is Enjoying Her Family Time In London, Shares A Cute Video Of Feeding The Ducks)

Priya Sachdev Kapur and Sunjay Kapur got married in 2017 and had welcomed their first child with one another on December 20, 2018. The couple had named their baby boy, Azarias Suri Kapur, which literally means 'God has helped' in Hebrew origin. Priya keeps on sharing inside peeks from her daily life and shared the first picture of herself and her baby when he celebrated his 4-month birthday and the second one, on his 6-month birthday. Take a picture at the gorgeous mommy-son duo here: 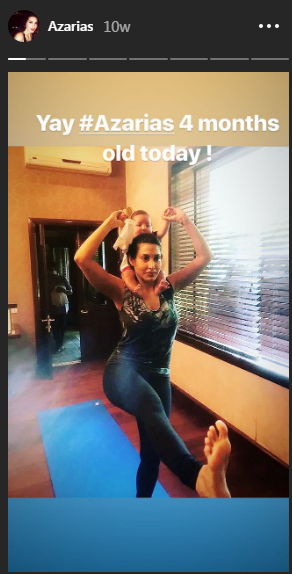 Just a while back, Priya Sachdev Kapur took to Instagram and posted the first-ever all glammed-up picture with her baby boy, Azarias Suri Kapur, from their New York holiday. In the picture, Priya looks resplendent in a white summer maxi dress with her tresses left loose and her son, Azarias looked adorable in all blue as they posed near a wooden bicycle. Sharing the picture, Priya wrote, “Summer loving with my little man #Azarias #ASK #AzariasSuriKapur.” 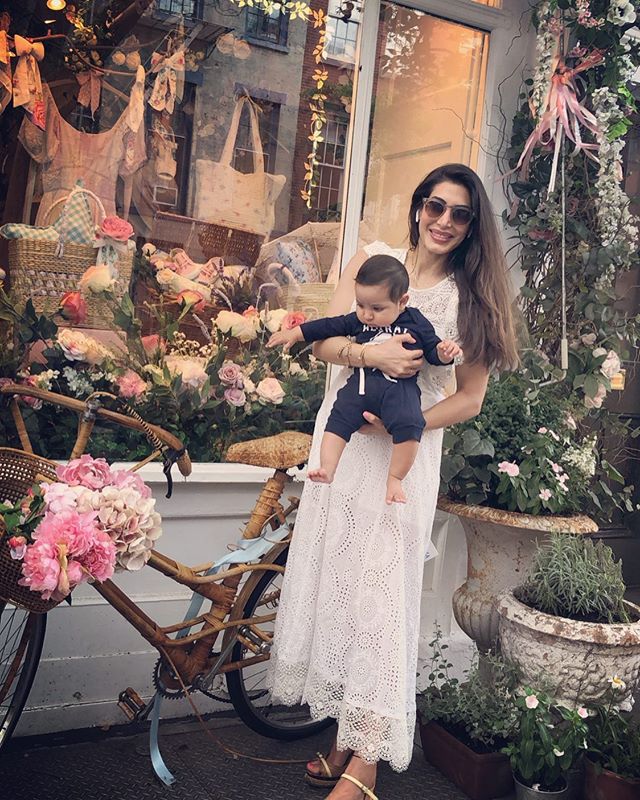 To give you a little flashback before Azarias Suri Kapur’s advent in Priya Sachdev Kapur and Sunjay Kapur’s lives, the then star mommy-to-be had two glamorous baby showers. Priya was dressed in a lavender floral dress for one of the showers as she stood amongst balloons and confetti. The second baby shower ceremony was hosted by Priya’s sister, Charu, wherein, the then mommy-to-be had looked ravishing in a floral black maternity dress. Take a look at the pictures from both of her baby shower ceremonies: 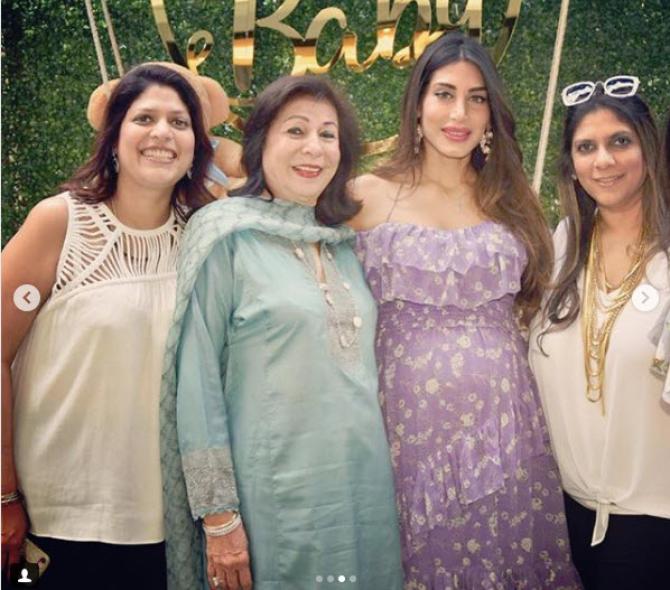 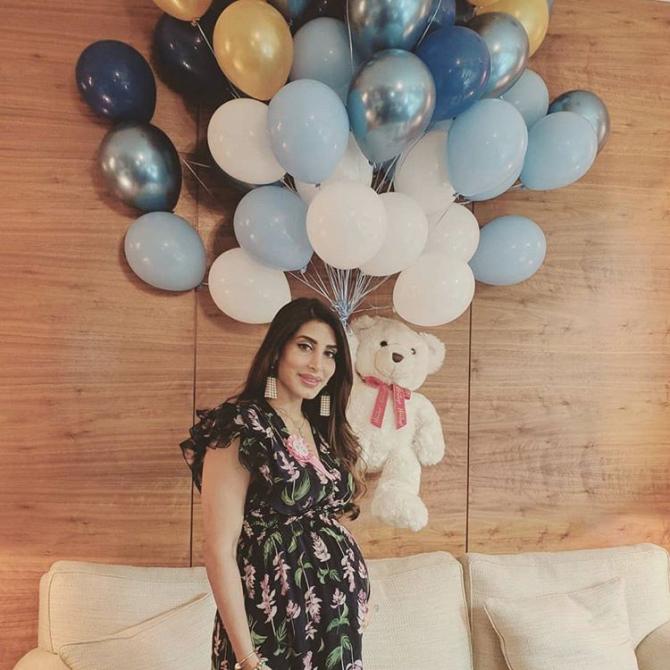 Now that you know all about Priya Sachdev Kapur and Sunjay Kapur’s present, let us give you all a blast from the past. Priya was earlier married to American hotelier and actor, Vikram Chatwal and has a gorgeous daughter, Safira. This is Sunjay’s third marriage as he was earlier married to designer, Nandita Mahtani and then with famous actress, Karisma Kapoor (has two children- Samaira and Kiaan). Priya had once shared in an interview, “Sunjay is an amazing human being and a very good father to his children. He loves them dearly. Both of us have never tried to instill any negativity in our children towards our ex-spouses”. (Must Read: Soha Ali Khan Reveals What She Wishes When Inaaya Goes To Sleep, Kunal Talks About Their Marriage) 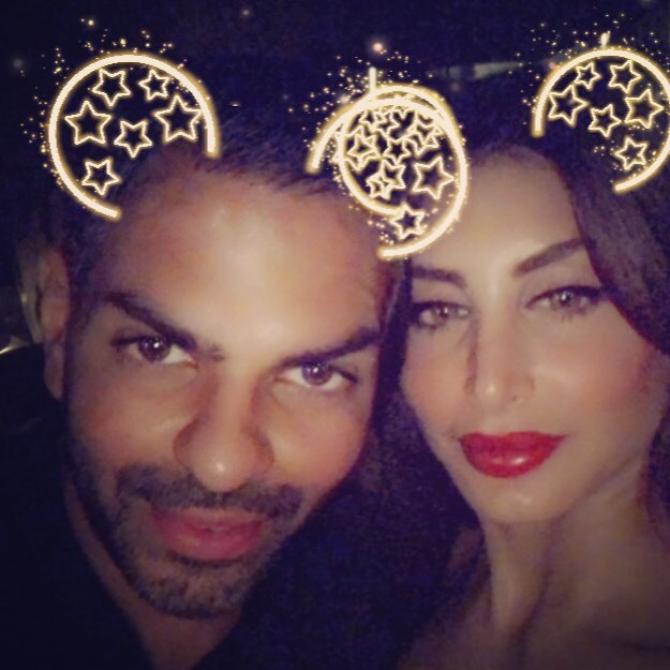 Priya Sachdev Kapur and Sunjay Kapur had a hush-hush wedding in Delhi on April 13, 2017, where only close friends and relatives were invited. Speaking about her marriage, Priya had shared, “He makes me smile. Sunjay has brought security and stability to my life”. Sunjay and Priya had met on a flight for the first time and had dated for 5 years before walking down the aisle. About the same, Priya had earlier shared with ETPanache, “During the flight, we realised that neither of us was what our public perception had been made out to be. The barrier of those misconceptions came down and we kept in touch”. (Also Read: Mahhi Vij Reveals The Real Reason Of Embracing Motherhood After Nine Years Of Marriage) 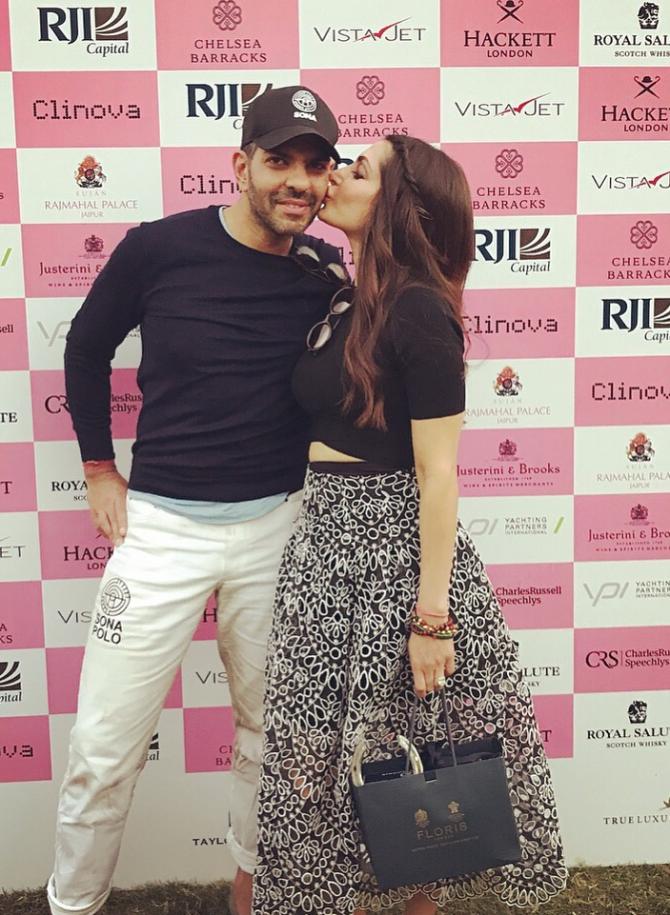 And that is how, Priya Sachdev Kapur and Sunjay Kapur ended up completing two years of their marital bliss on April 13, 2019, and for the same, the former had posted a heartfelt wish for her dear hubby. Sharing a beautiful picture with Sunjay, Priya had written, "Happy Anniversary My Love, My Handsome Husband Love you from the moon and back falls short for the Love I have for you. You complete me as a woman in every possible way, you make me feel beautiful every moment, you make me feel special everyday through your love and respect for me... you are #TheLoveofmyLife. Thank you for our precious little angle #Azarias, Thank you for your Love #J #P.S.I Love U." 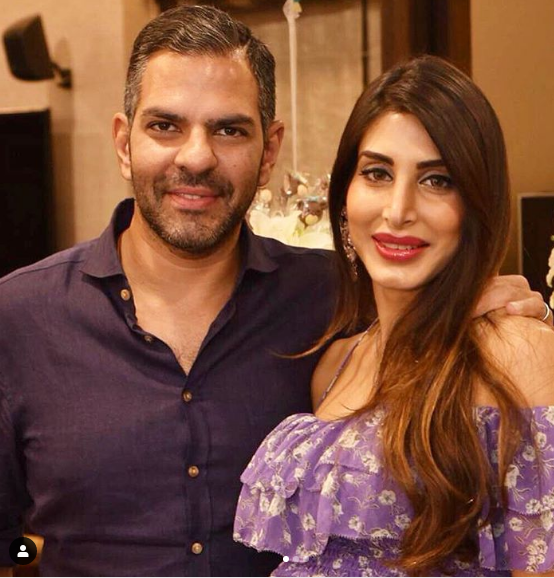 And look how far they’ve come today! Only because they had believed in the magic of love. Do you believe in love? Share your story with us. We await!