Bollywood has witnessed some serious relationships and at the same time, it has also seen some bitter separations. One amongst other splits that fall under the latter category is of Bollywood’s pretty damsel Karisma Kapoor and her ex-husband, Sunjay Kapur. Karisma and Sunjay had an acrimonious divorce and it is known to many. From cleaning their dirty linen in public to even dragging their kids to court, this celeb couple divorce is one of the unpleasant ones. (You May Also Like: Nirav Modi Sold Fake Diamond Rings Worth Rs 1.4 Crore To A Canadian, Man Loses His Fiancée) Sunjay further went ahead and moved on in life as he married model Priya Sachdev. While the couple celebrated their first wedding anniversary in April 2018, the duo is now all set to enter the parents’ club. Yes, the news that we shared some time back is absolutely true, Sunjay and Priya are expecting their first baby together in 2018. In fact, the mommy-to-be had a grand baby shower celebration. Don’t believe us? Without further ado, let us give you some digital proofs: 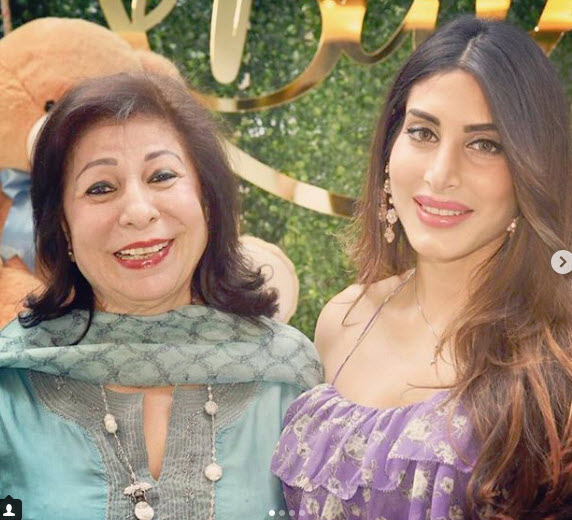 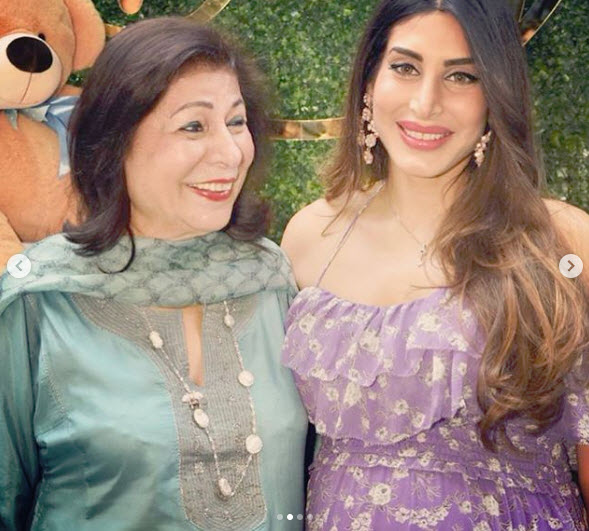 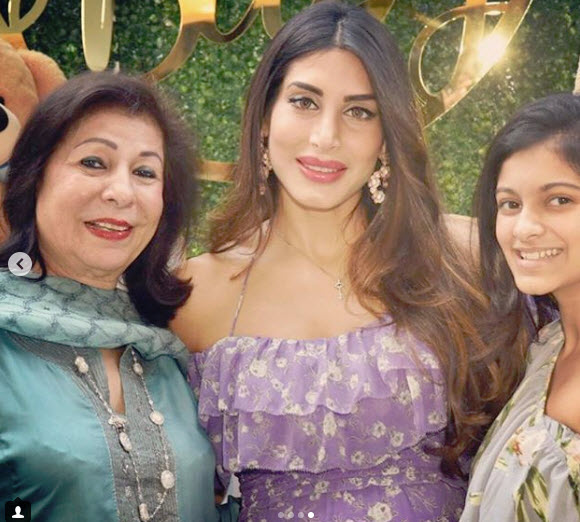 Isn’t Priya looking drop-dead gorgeous in this cold shoulder mauve-coloured floral dress? For the uninitiated ones, Sunjay and Priya met each other on a flight and instantly fell for each other. Later, the lovebirds dated for five long years before finally tying the knot in April 2017. Sunjay and Karisma got rid of their bitter legal battle for divorce in June 2016. (Also Check: Chahatt Khanna's Hubby Farhan Mirza Says He Will Not Give Divorce To Her, Reveals If It Is 'Forced') 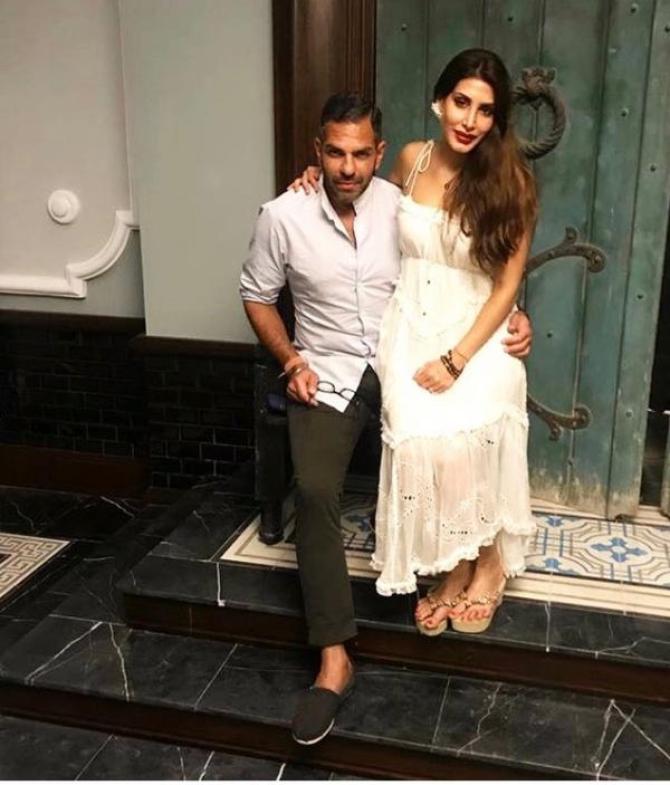 Priya once shared to a media publication, “During the flight, we realised that neither of us was what our public perception had been made out to be. The barrier of those misconceptions came down and we kept in touch”. Speaking reverently of her hubby, Priya further added, “Sunjay is an amazing human being and a very good father to his children. He loves them dearly. Both of us have never tried to instil any negativity in our children towards our ex-spouses”. 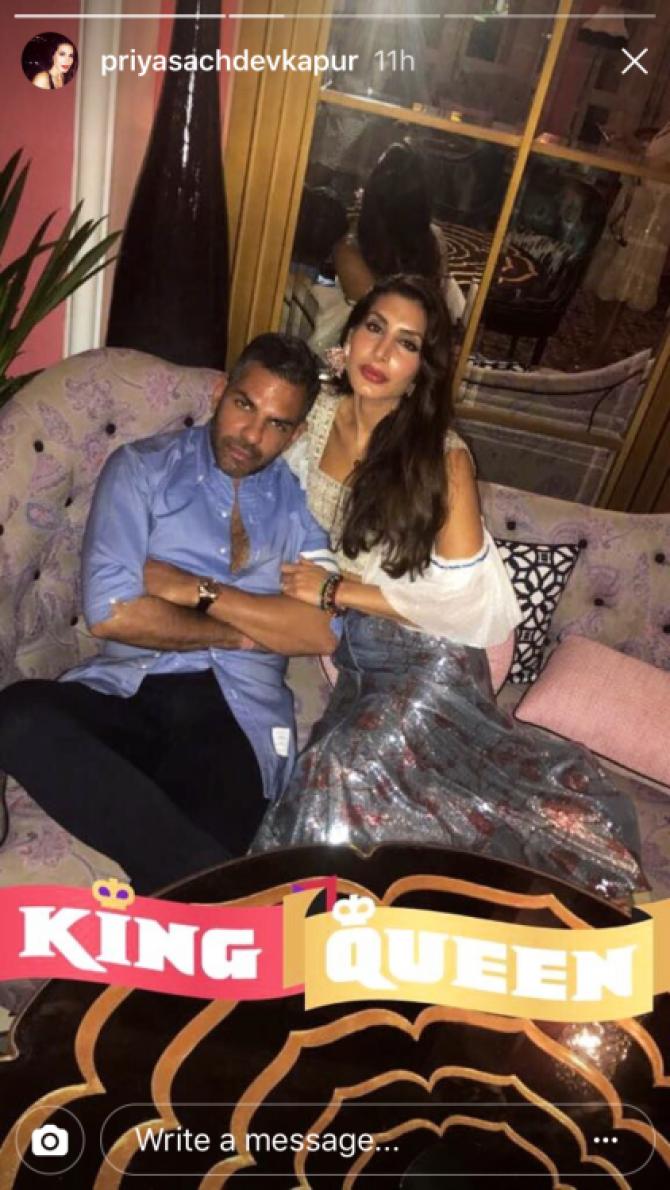 Though things ended on a wrong note for Karisma and Sunjay, their kids, Sameira and Kiaan keep visiting their father. Topping it all, Kiaan and Sameira share a good bond with their step-mother, Priya, who wished the little ones on their respective birthdays. Yes, Priya took to her official Instagram account and wrote, “Happy Birthday Samiera. Wishing you a very Happy 13th Birthday Princess. You are officially a teenager now...! Love you,” on Samiera’s birthday. And for Kiaan, she wrote, “Happy Birthday Kiaan you are 8 years old today. You are the star in all our lives. Shine Bright!” (Also Check: Gauri Khan Shared Husband Shah Rukh Khan's Most Annoying Habit In This Throwback Interview) 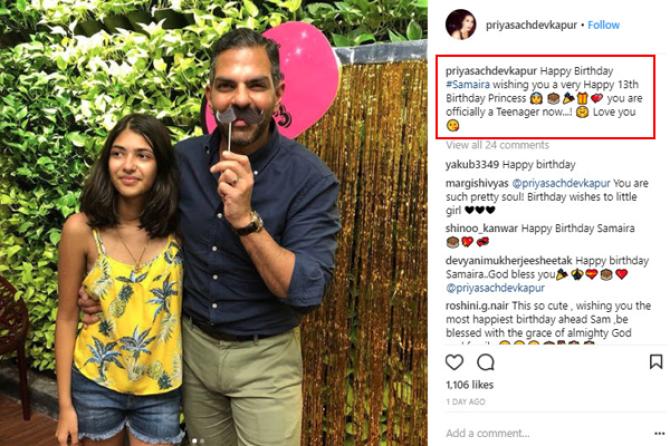 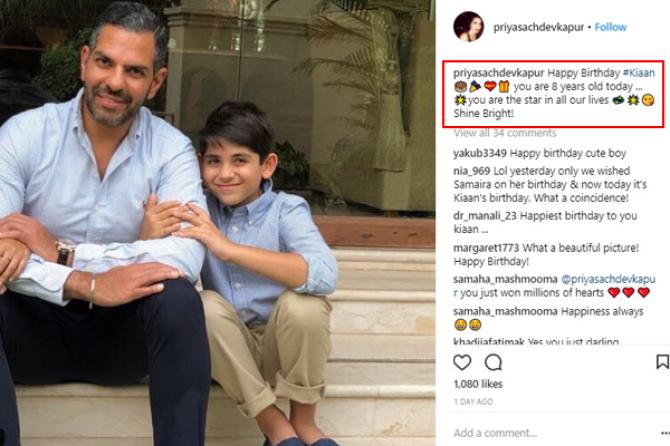 Coming back to the Priya and Sunjay, on their first anniversary, she wrote a heartfelt anniversary message for him that could be read as, “Happy Anniversary my Darling Husband...Love you from the Sun and Back Infinite Times! You Complete Me in every way possible...Thank you for your unconditional love. This last one year has been beautiful and always a roller coaster with you...looking forward to a lifetime of more beautiful years of married life with you my Handsome Husband”. (Do Read: Jay Bhanushali Shares The Advantages Of Having A Punjabi Wife From His Own Experience With Mahhi Vij)

Congratulations to the couple, Sunjay Kapur and Priya Kapur for this beautiful phase of their lives. We are looking forward to welcoming the little one to this world!